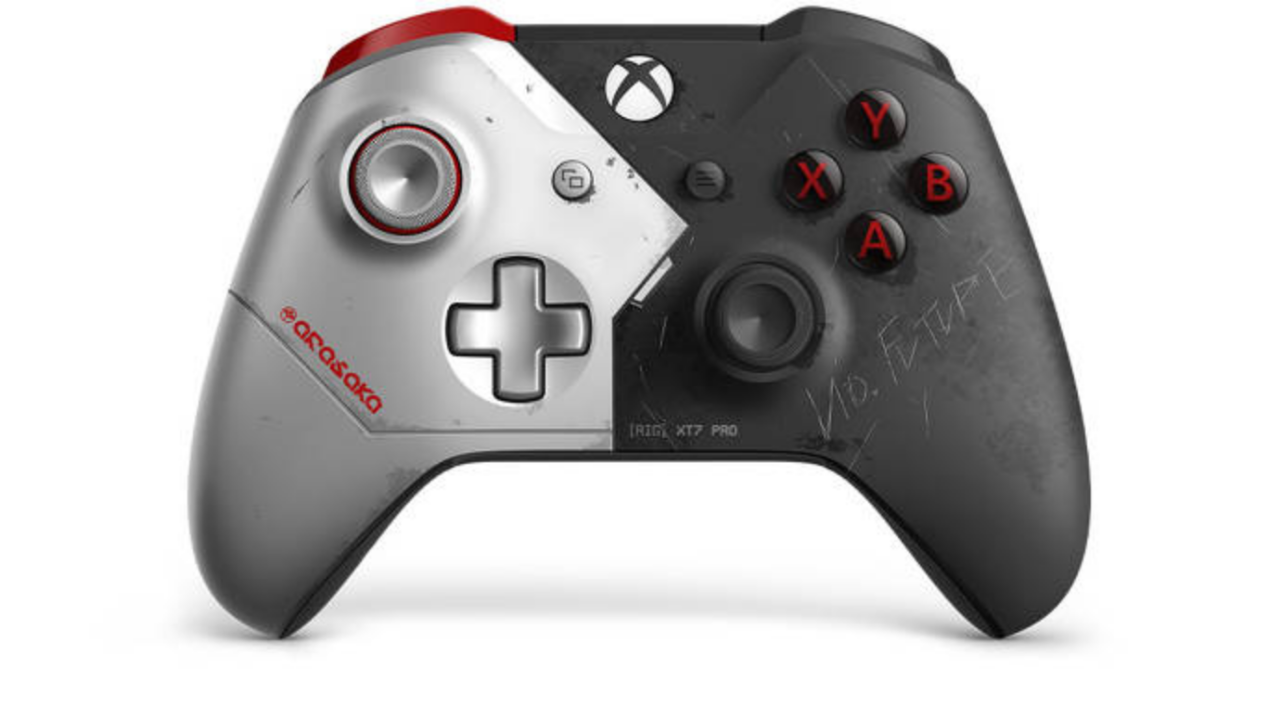 After a leak last week announcing the controller it has today been released to buy and we have listed some of the retailers below who are selling this amazing looking limited edition controller.

If you can’t wait for the console to release and want the controller though then you can expect everything you normally would from an Xbox One controller including button mapping, bluetooth support, 3.5mm stereo headset and all PC Compatible. These are standard things for an Xbox controller but the bonus with this one is the design and it looks fantastic!

The design is a grubby metal one side and black the other side, this with the logo of Arasaka which is one of the biggest corporations in the games universe. The back on the battery cover has the iconic Samurai logo on v’s jacket and under this is a QR code which take you to the games pre-order pages as well as a 2077 logo.