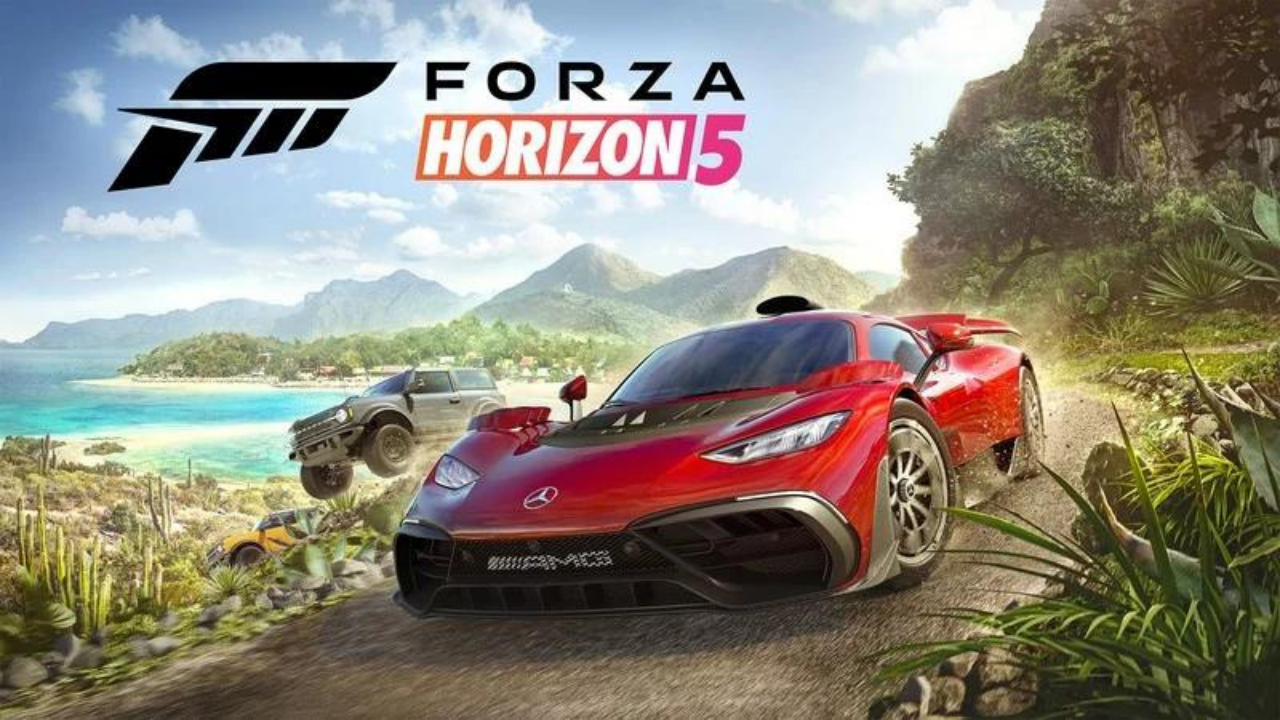 The huge supercar, rally car, hypercar, classic car (I think you get my drift!) playground is finally here to push both the Series X and S to their limits but does Forza Horizon 5 live up to the hype and clear the bar that Forza Horizon 4 previously set!

If you are anything like me you will have been eagerly awaiting the release of FH5! Set in the beautiful location of Mexico players are treated to some of the best visuals on offer on any game or platform out there! FH5’s biggest asset has to be the sheer amount of depth that really sets this racer on the top of the racer pile against all its other rivals though! As soon as you start and get the first few tasks out of the way the map opens up and the fun begins.

Much like Forza Horizon 4, the map will be dotted with different activities to tackle and master from things like speed traps and long-distance jumps as well as events to keep players busy for a very long time. As players complete these different races and events their level will increase and unlock more and more to earn money to save for the cars of their dreams.

The huge amount of content is also apparent with the selection of the cars, over 500 different cars at launch and more to be added over time through car packs. Each car can also be customised and tuned to your preferred specification, this allows players to make some of their favourite cars in real-life competitive against some of the real hypercars around today. The sheer amount of different options on each car seems endless with the ability to change things like the whole engine, drivetrain, adding turbo’s or superchargers just to name a few bits that can be changed, all resulting in a very different feel to the way the vehicle behaves and the top speed it can achieve!

If tuning is something you would rather skip though as you arent sure what parts do what FH5 also gives the option for this to be done for you with an auto upgrade option, better yet you can also download others players tunes like on FH4 and get the very most out of your car without the hassle of squeezing every last horse out of the tuning yourself.

Collecting cars is the real aim of the game and it will take a serious amount of time and dedication to actually get anywhere near to collecting just half of what is actually on offer. The great thing about Forza is nothing is really out of reach and within a few races you will not be far off acquiring some of the more powerful cars! If you are a player of previous games in the series you will also be rewarded with bonus cars straight into your garage free of charge. Saving money through races and other objectives is the best way to get the cars you want but the wheelspins as seen in previous games are a great bonus to get stuff a bit quicker with cars, big money prizes and also avatar items awarded.

Wheelspins which are like a slot machine come in two types, there’s the standard one which gives one prize and then there’s the super wheelspin that awards three prizes! Car mastery is a good way to acquire a few extra spins at the cost of skill points in which you rack up while exploring Mexico, driving at speed, drifting and getting air time are just a few ways to build points to spend on car mastery items while increasing your player level. Forza just seems to not stop giving and always rewards the player for just playing!

Aside from using the games dealership to buy cars there is also the auction house which players can list cars and can be brought by others for whatever price they are listed at, this is a great way to grab a bargain but also a really good way to get some of the rarer cars that can’t be brought through the dealerships. There is also the seasonal objectives which is yet another way to get more cars, players are given a certain objective sometimes in a certain car to earn points, earning enough points before the season change can award the player with a rare car to add to their collection.

The avatars are a nice feature but probably the most uninteresting part of the game in my opinion, clothing is overpriced and nothing on offer would be something I would personally choose but this won’t be the same for everyone and some may love the different customisations for their avatar.

Out on the road you and your avatar are treated to some of the best visuals on any platform, graphically I can’t honestly think of another game that comes close! The performance on a Series X was smooth as silk running 60fps most of the time with only a frame drop rarely and nothing that could be noticed while playing. FH5 offers both quality and performance mode options, for me the 30fps cap in quality mode didn’t offer enough of a visual improvement to warrant the lower framerate with performance mode being noticeably smoother! This was so noticable that my young son actually asked me why my game was lagging compared to his which was running performance mode on a Series S. (Series S runs the game really well too!)

Mexico is a master of all trades with multiple different track surfaces to tackle as well as some pretty awesome events and weather effects! Racing against planes and away from a deadly erupting volcano are not only different but intense! There is so much different variety on FH5 it really is difficult to get bored or feel like the racing is repetitive, it’s such a fun racer that I constantly find myself just driving around having fun rather than being stuck to a set path with set races.

The different surface types really mix things up and using the right car for the right race is essential in making it to the end in first place. The game will help guide you before races by giving you a list of the cars from your garage it recommends you use to be competitive. While driving some of the worlds hypercars is fantastic give me the Hoonigan Escort on a rally circuit any day over the straightline speed, the escort sounded amazing with plenty of pops and bangs as you drift flat out round the circuit.

Races are as hard as you make them, using the right car for the job helps but if things are still a little tough there is plenty of different difficulty options to adjust. If you fancy more of a challenge by say turning the traction control and stability control off you will be rewarded with a higher percentage of credits.

The last couple of things I want to mention is the AI, sound and multiplayer. First off the AI and this is yet another thing that can be tweaked in the difficulty menu, if you find you are winning a little to easy ramping this up will really add to the challenge but the AI itself is really great and its always fun seeing your mates names above the cars just to give you that little extra incentive to win! AI was realistic and a great challenge throughout.

The sound as I mentioned earlier with the Cossie Escort is fantastic, all the cars sound different and changing parts really makes a huge difference in the way each one sounds. Music while playing and in the menus was also really great with some well known up to date songs put out over the games in game radio stations. Voice acting was a little cheesy but done well enough to not be annoying.

Lastly but certainly not least is the multiplayer, Mexico is a joy to explore alone but in a convoy it’s brilliant, tackling racing, jumps and speed traps with a friend really adds to the experience and it is just one of them games that you can just chill and play for hours without really noticing the time going! I really have had a blast so far with FH5 but the scary thing is I know there is still a lot more to come! FH5 just feels like one of them games that will never end and that can only be a good thing!

Forza Horizon 5 has to be GOTY for me at this point! The racing feels fantastic with the perfect mix of arcade but feeling realistic all at the same time. The car selection and customisation is stupidly in depth with more options that you even need as well as some incredible sound effects and a map that is just full to the brim with stuff to do! Then there is the visuals and performance and it can only be described as incredible, Forza Horizon 5 runs amazingly well even on the Series S! We tested the majority of the game on the Series X and it was flawless running 60fps in performance mode, it looked smooth and beautiful all at the same time throughout! Playground Games has just set one hell of a bar for the racing genre and it’s difficult to see anything coming close to it anytime soon! If you have gamepass get it downloaded if you don’t it is more than worth buying.