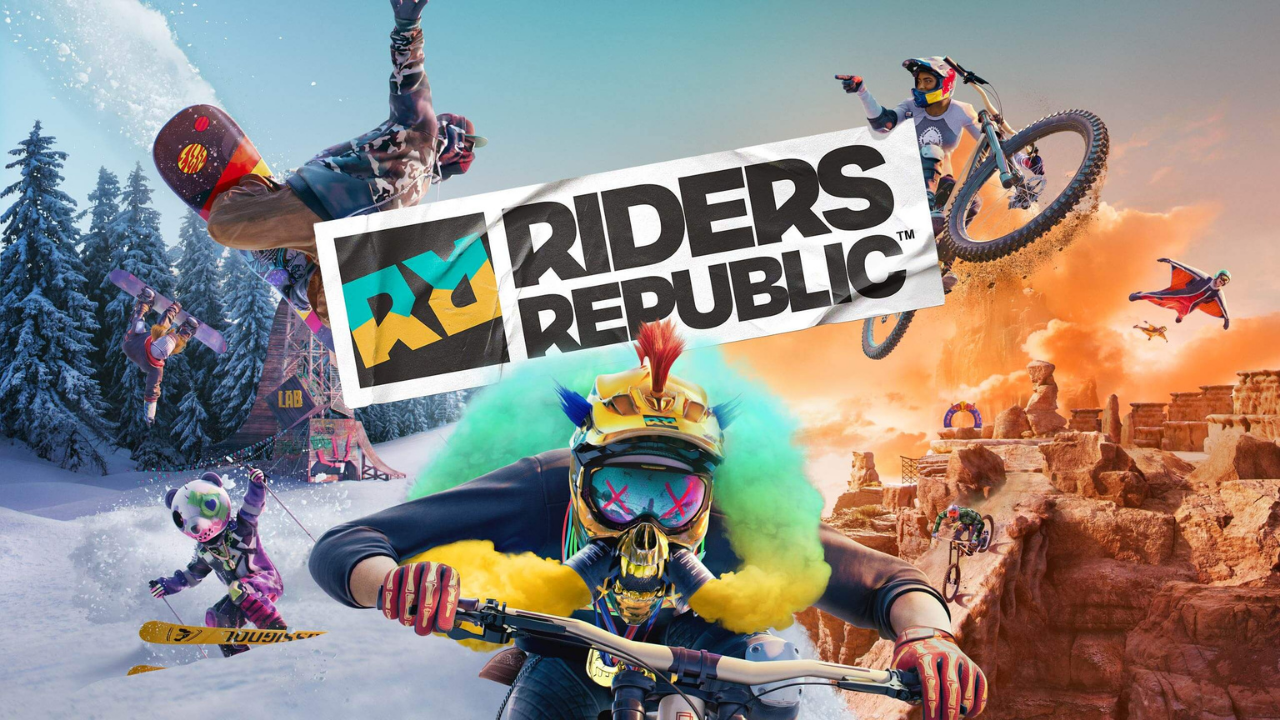 Finally, we have the extreme sports game that fans have been waiting for since the days of SSX! With next-gen visuals and performance has Ubisoft brought us something to compare to the classics of the past?

Being pretty much the sequel to Ubisoft’s snowboarding game Steep Ubisoft has used what worked before and then added to it in big and bold ways! Riders Republic rewards players with multiple ways to explore the massive open mountain with equipment including, snowboards, ski’s, mountain bikes, wingsuits and even a jet pack to try and appeal to just about everyone out there!

Riders Republic as mentioned has a huge open world to explore and playing through on the Series X it was clear to see this game is absolutely beautiful! The map design feels very similar to the Forza Horizon setup, it works perfectly here with the ability to fast travel as well as using a snowmobile to get across the map quickly!

The different locations offer amazing detail from the snowy slopes to the dusty bike tracks the detail is amazing although you will be hard pushed to actually take any of this detail In with the sheer speed you will descend down some of these circuits.

First starting in-game you are treated to a bit of a boring tutorial, putting players through a few different scenarios and eventually earning the required 11 stars to pass and unlock the game, don’t worry though this doesn’t last too long and once it is out of the way the real fun begins. It will give new players a good idea of how to master the basics but as always practice is perfect when it comes to mastering the tricks and speed on the slopes!

The different circuits and track surfaces offer a few different career mode challenges depending on the equipment being used. Using snowboards or ski’s players will be able to take part in races on snow as well as trick circuits, the snow race is exactly as it sounds taking on other racers in a race to the finish line while the trick circuits allow players to hit the big air and perform flips, spins, grinds and grabs as they make their way down the slopes.

The mountain bike mode was probably my favourite mode with some extreme speed down some of the circuits while trying to add in some spins and flips along the way! The handling of all the different equipment is pretty spot on with the bikes in particular a real joy to ride! The other events are air events in the wingsuit and rocket pack, for me these weren’t quite as good as the rest but it’s still great to have such a varied selection.

The great thing about having a few different options means players can jump to different types of events all the time as just sticking to one type, for instance, the snowboarding tricks could become repetitive and boring. Aside from the main objectives in career mode there is also some side quests and these really refresh things, using a jet-powered pushbike is a real sight to behold!

Chilling and just exploring the open world is also an option with plenty of different collectables to be found as well as some special relics for players to uncover, these unlock novelty items that we won’t tell you and ruin the surprise!

A feature Ubisoft also has implemented that will be a positive for most is a rewind button, the rewind is unlimited in use and how far you can go back but the punishment for using it is the rest of the race will carry on putting you behind the competition if you rewind long enough.

The difficulty if you are finding things a little too easy can be adapted to your preference. Starting out I had things set too easy but after you start to master the handling turning off things like the auto-landing will really increase the skill needed and also once you do this it will increase the rewards for the extra risk. Riders Republic uses two different control schemes in racer and trickster, using the right stick to flip and spin feels perfect after a few turns to get used to it and was my preferred way to control.

First-person view is available if players wish to use it but be warned going down some of these slopes and circuits in this view can actually feel pretty uncomfortable especially when you stack it!

Riders Republic is great fun to just chill and explores and Zen mode is a great way to do it dropping players into the map so they can just freely explore but the real strength has to be the multiplayer side of things! The races with up to 64 players are absolute mayhem and will be a huge test of skill to actually manage to finish as you bounce off one and another all the way to the finish. These races don’t happen all the time and you will need to wait for one to start but when you are in it with 63 others you will appreciate the wait, some may be left frustrated but I personally found it very fun!

The last thing to talk about has to be the sound, while not up there with the previous review we did in Far Cry 6, Riders republic does a good job especially when it comes to the backing music with some recognisable tracks. The voice acting is ok but most of the time it’s very cringy and some players will just outright hate it.

Riders Republic is a great throwback to the games we all used to know and love! The different equipment and huge customisation options really help to keep things feeling fresh and new, without these things may get repetitive but being able to do what you want when you want really helps!

The map is well designed and has a small FH4 feel to it and it isn’t long before it’s full of things to do and places to visit. The tutorial is pretty restrictive and the game really opens up when it’s out of the way, online multiplayer is great fun and the 64 player races are mad, to say the least! Visuals are stunning on the Series X as was performance, licenced backing songs are great while the voice acting is a little cringy at times. Everything considered Ubisoft has done a great job here and we wait with excitement to see what else they add and what the future holds for one of the best extreme sports games on the market!