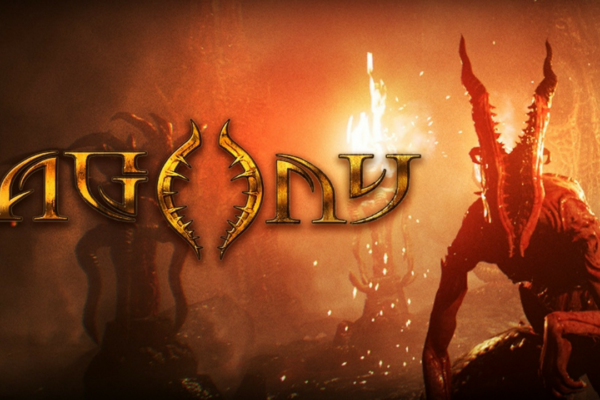 I have not added any footage of gameplay or images due to the games extremely mature rating.

Agony has finally been released, will it be the next horror experience all you gore fans are after?

Agony is a first person horror game, taking control of the poor soul on their journey through hell you will be sure to see many things that you may want to try and forget!  This is certainly one thing Agony does do well and some things are pretty disturbing to say the least!

The visuals help with some of the disturbing things you will see along the way and in all fairness it’s probably one of Agony’s strongest points, while not being up with some of today’s games the visuals are at very best acceptable, sometimes a little muddy and outdated but the environments are really well detailed with some serious thought gone into some of the disgusting sights you will see! I did find however once I got over the initial shock of what I was seeing I did kind of get used to it, I think there is just so much of it all the time it ends up just blending in and you don’t even notice it which isn’t really the games fault but I don’t think it helps itself in the end.

The performance side of things didn’t fair much better either sadly, playing on Xbox One X I experienced constant frame rate issues and tearing and this was even from the start with the first cut scene! The game just doesn’t feel optimised at all and is in serious need of some work to iron out the problems!

The game is also advertised as a survival horror game but it is really lacking in the survival department, this is no 7 days 2 die or Ark it’s more of a walking simulator with some disturbing scenes! The game world is pretty large and has plenty of hidden areas and collectables if you can bring yourself to actually bother looking for them. The enemies are fairly forgiving in their AI but you are powerless when your caught as the game will mainly have you creeping around hoping to not be seen because if you are it’s pretty much game over and death will most likely be what comes next! There are a few things you can do to aid your survival like using the torch to distract an enemy or hiding in certain piles of bodies and hoping they don’t manage to find you! If you do get caught and die the game does give you a sort of second chance with the ability to control your soul and go in search of a new body but you need to act fast as this will be within a time limit.

The puzzles in Agony are just boring in all honesty and something just feels like a chore and not something that can really be enjoyed, most are just collecting something to unlock a passage or door or copying a certain pattern with the controller to progress which after a few times does get pretty tedious! It just feels like there wasn’t much thought put into any of these sadly and something that you will just want to get out of the way rather than actually enjoy!

The atmosphere in Agony could have actually been pretty good but it was ruined at times with a few major sound issues including dialogue going missing completely and some of the games characters repeating lines, this will hopefully all be fixed in the future with a patch. The voice acting is a nice feature and something I think any game nowadays should have so that’s a positive, some of the voice acting does sound a little off but at least it has it. For me the audio is the biggest let down because if they got it right without all these problems the atmosphere would have been a genuinely scary experience!

Agony could have been so much more! It is impossible to recommend it with all the visual and audio problems that the game has and this is without the fact the game is actually just boring in all honesty. I found myself just wanting to finish it rather than search through for all of the hidden items and areas. Some of the scenes on offer will attract some of the gore fans out there but for most Agony should be avoided at all costs sadly!