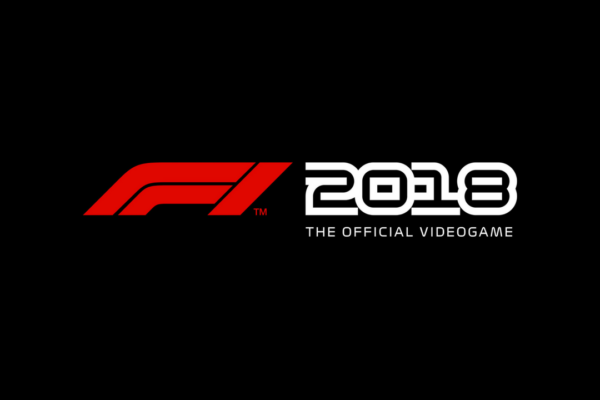 Available now on PC, Xbox One and PS4.

The official F1 2018 game is finally here but is it the best F1 game yet? We take an in depth look to find out!

Being a huge F1 fan these games have always interested me so getting my hands on the latest game from Codemasters was a must! This latest version features many little tweaks to what was a pretty impressive predecessor in F1 2017 making it the game to own if Formula One is your thing. The minute you hear the official theme tune and see some pretty impressive visuals it gets you thinking you may well be in for a treat!

Once your past the opening video you will be taken to the games main screen, from here you will be able to choose what you actually want to do as well as change options such as controller and OSD settings etc.. F1 2018 features a few different game modes to choose from including: Career, grand prix, multiplayer, time trial, event and lastly championships. Career is obviously the games main modes and we will get into that in a minute but the other modes also carry some weight in the game too especially giving players the chance to practice and perfect their racing.

So there are plenty of modes to choose from and perfect your skills but the main mode for me has always been the career and Codemasters has worked hard again this year to improve it!

Jumping straight into the games career mode and making your own custom avatar you will then have the choice on which team to start the season with, with 10 fully licenced teams to choose from all with their own objectives there is plenty to choose from, fancy a challenge taking one of the lower teams to the top or the pressure of being the team mate to Lewis Hamilton or Sebastian Vettel the choice is yours! With the team selection sorted you will then have the choice on how real you want things, choose from having the full race weekend with practice and three stage qualifying or speed things up and do one shot qualifying as well as even turning off the formation lap. The choice is there to play the game as close to the real thing as you like!

Finally with all the games settings out the way and after a couple of small cut-scenes with introductions to the press and your race engineer your ready to go and will be sat opposite whoever your racing team mate maybe, I chose Ferrari and Vettel as I just want to beat him and make him the number two driver! After you access the workstation you will be greeted with more information this time on things like your contract and general value to the team and the F1 racing world, these ratings will obviously improve as the season goes on and you hopefully pick up some wins in your debut season.

The workstation is also the place to look at R&D for the car, you pick  up points to use on R&D throughout the season in practice sessions and races depending on how you perform, the better you do the more points you get which in turn lead to a faster and better handling car. The final tab to look at is the vehicle management, this tab is essential to the vehicles reliability! Throughout the season you will need to manage carefully any changes and with a limited number of changes allowed this can prove tricky to keep on top of but really adds to the realism of the game and makes you realise just how hard teams have to work to keep these cars on track every week.

Going back to the first tab on the workstation there will be a few emails including things like the weather forecast for the weekend as well as goals for the weekend, everything is laid out very simply and easy to navigate making the workstation a great place to get all the information needed. The workstation is also where you will start the racing as it will tell you what session is up next.

After selecting the first practice session your finally ready to get out on track and get racing. The practice session is where R&D point are gained and the team will send you out on laps to gain essential information on tyre wear, fuel management and so on. These sessions are actually great fun and some really test your driving skills as they really are a challenge! F1 2018 is definitely a game that requires it’s players to invest plenty of time, with three practice sessions, one shot qualifying and the race your looking at a pretty decent amount of time and well over an hour! practice sessions can actually be skipped but it isn’t a great idea because not only do you lose out on them essential R&D points you also have to face the media after with some hard to answer questions that will upset the morale of the team with some of the answers that you might give.

The press is something you will have to deal with a fair bit during the career and it is fairly straight forward, the will ask you a voice acted question and then you will have four different choices on the answer but as I said before you need to think before answering as it will have an impact on the team morale and your personal standing and contract negotiations.

Depending on how well you do in qualifying you will eventually take your place on the starting grid, this is where the real racing starts and the test really begins depending on the AI difficulty setting chosen. Lights out and the race starts, throughout the race you will be in permanent contact with your race engineer offering support on strategies and things like how well you are doing and sector times. The car also gives you plenty of adjustment while racing giving you the ability to change fuel mix or request a pit stop if you sustain damage throughout the race especially on that first lap corner! Damage is something that as in real life can ruin the race for the driver and F1 2018 is no different so keep contact to an absolute minimum if you want any chance of winning as losing part of the front wing will make the car barely drivable through the corners as it just wont turn!

The controls for this years game do feel improved and I was actually able to set decent lap times with a controller but as with most racing games it really doesn’t compare to using a racing wheel! I found the Xbox controller was just awkward to adjust things on the D-Pad while racing as you would need to remove you thumb from the control stick which leaves you unable to steer! The steering wheel however really is the best way to experience this game and if you have a decent wheel the force feedback really felt improved when turned right up with curbs causing a real kick from the wheel resulting in you having to fight to keep the car on track.

While in the cockpit of the car is the most immersive and realistic way I chose the view just above mainly due to the halo which does actually limit the view a fair bit and it is now clear to see why drivers were complaining about it a bit but after a while you do get used to it slightly! Graphically the game looks fantastic and with everything being fully licenced and the addition of the new teams and tracks such as France this really is the closest thing we are going to get to the sport! I did find a slight performance drop while racing with some screen tear noticeable from time to time, this may be sorted in a later day one patch but just something I noticed, it far from wrecks the experience but it is noticeable.

The sound effects from the cars are pretty genuine and you can rally hear the engine scream if you downshift too fast but these cars really don’t sound like the cars from the past and this is even backed up in game by the ability to take out some of F1’s previous championship winning cars, they sound brilliant!

For F1 fans this is the only and best way to get close to the sport, even some who are not fans of the sport will like the challenge that the game brings and the in depth career is a great experience! Outstanding visuals and sound make the whole experience feel very realistic and the amount of content and R&D unlocks will keep the whole season alive. Controls have improved on game-pad but honestly the wheel setup is still the best way to place and the controller in my opinion just doesn’t get close, this isn’t to say its bad with a controller but if you try with a steering wheel I think you will feel the same in the fact its just so much better!