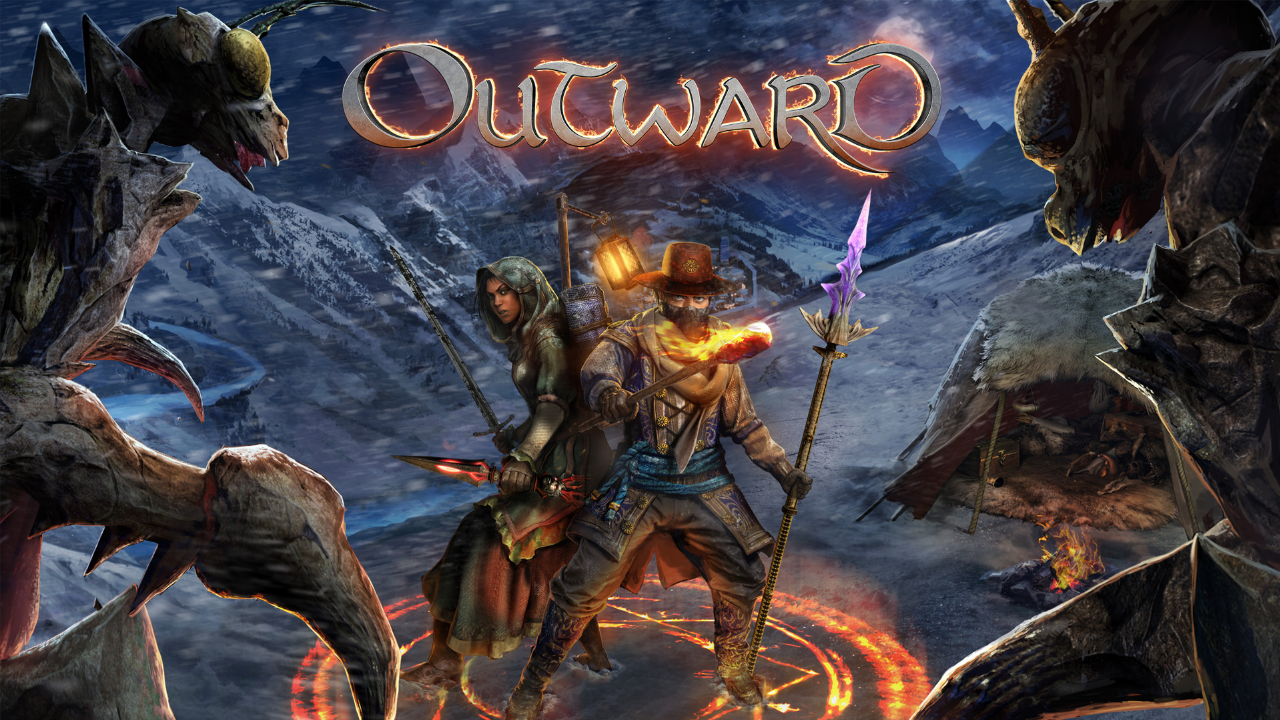 There is a new RPG finally out but is it any good? You would easily be forgiven if you hadn’t heard of OutWard, published by Deep Silver and developed by the small team at Nine Dots Studio many may have not even been aware of it but if you are a role playing game fan you probably will have or certainly should have!

In OutWard you start the story as a normal villager just like you or me, unlike most other RPG’s such as Skyrim for example where you have the secret power of the Dragonborn, in OutWard you are just a normal person with no special abilities to aid your adventure and this is a real change to the trend that is usually followed in RPG games.

Outward allows you to name and make your own character with a few different options, once you have your character it is straight into the story with cutscenes shown with written out slides instead of video. After being involved in a shipwreck you will be taken back to your hometown and the lighthouse in which your character calls home. The minute you walk out of the door though you will be confronted with an angry mob demanding money that you owe as you did not pay while you were away, pay up or lose your home! After a small discussion it’s agreed to give you some time to pay up so you need to act fast and make the money to clear the debt, the game starts you on the back foot and this doesn’t change with some secret power you are just a normal person throughout the game!

Once you have all the basic equipment needed to survive the guard will allow you to leave the village as the money needed isn’t really available within the village walls so leaving to secure the money is the only way. Picking up the all essential backpack from the house as well as a weapon and water you can finally be on your way and able to explore the world!

The minute you leave the safety of them walls though is where the whole game suddenly gets tough! Almost everything outside is a threat and surviving is a massive challenge, Bandits will attack onsite as well as creatures and wildlife!

The combat in OutWard is where things start to fall down for me though especially after recently playing Sekiro: Shadows Die Twice! (Yes I know it’s a different game altogether RPG fans!) OutWard feels like an RPG but the combat is just cumbersome and pretty unenjoyable, your character is just a normal person I know but some of the animations while fighting just ruin the experience. There are options to dodge and block and moves are trained to you but it just feels clumsy and inaccurate, the combat is possibly one of my least favourite things about OutWard. There is a selection of different weapons and it will be your choice what you go with as different weapons will suit different fights.

In the village there is plenty of life and people walking around, many of which you can interact with, getting quests and advice but once your out of them walls things can feel a little lifeless. This is a shame because the world outside is an interesting one and one that makes you want to explore it but everything can just feel a little dead. You can add a little life to the experience by not exploring alone and taking advantage of the games mulitplayer options, online or offline (splitcreen) is available so you and your friends can explore together even on the same TV.

Survival is pretty much the main thing in OutWard and it’s biggest strength, aside from constant threats that need you to engage in combat there is the threats to your health too. Eating things like raw meat instead of cooking it first could make you ill, unbandaged wounds can cause death by bleeding out, you can get cold and wet and if your character doesn’t sleep enough they will end up tired and become lethargic! OutWard takes it’s survival aspect very seriously and it is a pretty large challenge trying to survive and get it right! Planning will be a large part in surviving because without planning and preparing for your next quest you will likely end up dead.

Exploring at night without a light is also a bad idea, night on this game is really night, you can’t see hardly anything without a light and all the nice creatures will be there to keep you company!

The backpack you gain at the start is the most important thing you will need and upgrading to bigger and better ones is essential allowing you to carry more before your over-encumbered. The backpack can be dropped during combat to aid agility and then picked up after, you can also attach a lantern to it to free up both hands allowing you to explore more freely.

The open world and everything in it in OutWard does look pretty dated, there is some impressive detail mainly in the bushes and trees but looking closely at the game it does look like something from many years ago and reminded me a bit of Fable. The characters all look very muddy in the face and lack any major detail but the lighting effects were ok and the whole game is very vivid and colourful, performance on the Xbox One X was also fine with no noticeable frame rate drops or stutters.

Another strongpoint for OutWard aside from the survival mechanics was the sound, the soundtrack was really good and there was also voice acting! It was great to have some of the lines in the dialogue voiced instead of having to read the whole thing, the bit of dialogue that was voice acted always gave you a rough idea what it was about and it was up to you if you wanted to read all the details or just take the bit that was read out.

OutWard tries to be different and try to break the superhero mould of RPG games and that is a nice change to the genre. I found the soundtrack and the part voice acted dialogue boxes great throughout, it’s nice to not have to read everything all the time! Visually the OutWard isn’t the best but it clearly doesn’t try to be and has strengths in other areas, It performs fine on the Xbox One X with no frame drops at all. Combat needs some work and a bit more life in the world would be great, as the open world available is interesting and big enough to explore. Multiplayer options are a massive plus and being able to play splitscreen will please a lot of fans!