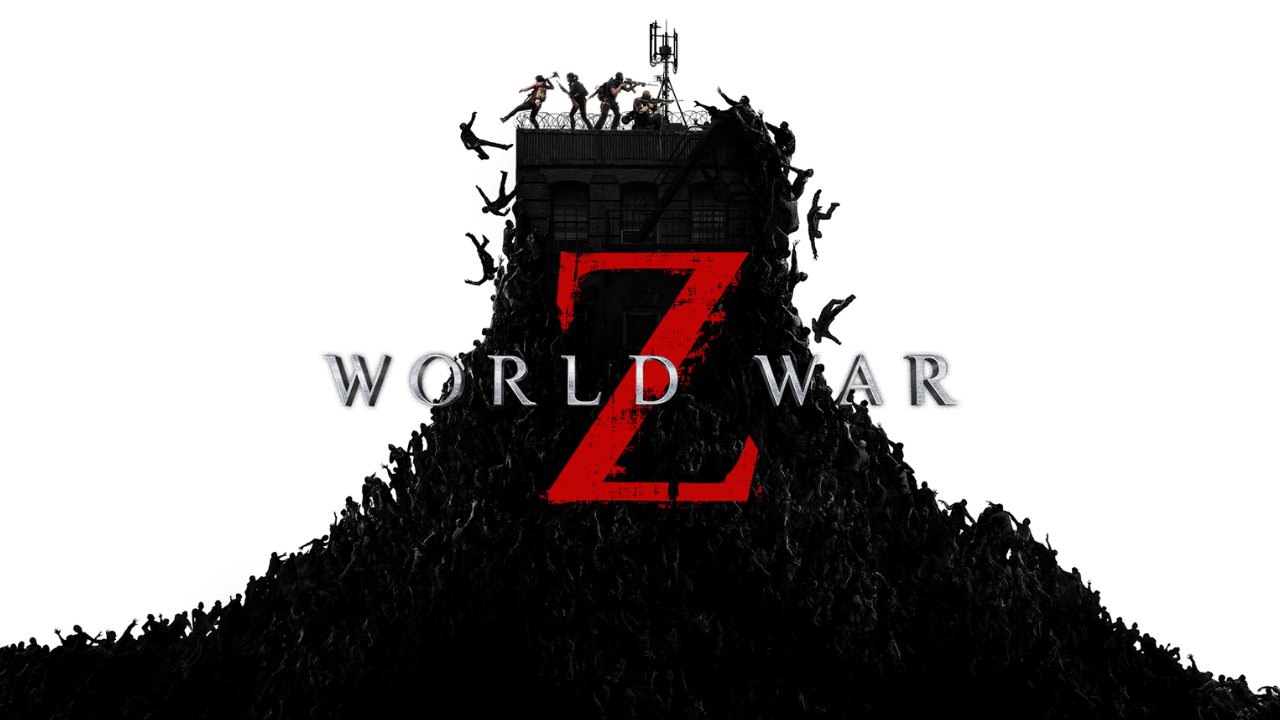 Yep we have another zombie game and with the highly anticipated Days Gone just literally days away will World War Z be forgotten quickly?

The game is clearly inspired by the film World War Z with huge swarms of zombie hordes able to climb up each other and attack your position even when you may actually think you are safe. Personally though the game does feel more of a success than the film did.

Graphically the game surprised me a bit in that it was much better than I had expected! The game had a decent amount of detail and the gore throughout was pretty sickening while impressive with plenty of limbs and blood flying around. The main screen was a clear indication of what to expected with a more than gruesome zombie image with the face torn to shreds! Make sure you don’t accidentally start the game in front of the kids, unless you want to give them a few sleepless nights! Aside from the visuals the game also has great performance on the Xbox One X and this also surprised me as I would expect some slowdown with the sheer amount of zombies on screen at one time but the game seems well optimised as I didn’t really notice any slowdown at all!

The hordes that are thrown at you will actually be a challenge and it’s nice to finally have that with most zombie games adopting the approach of really slow zombies that are barely able to walk let alone run! World War Z however will have you constantly watching your back to keep yourself from being surrounded and trapped! The zombies here are relentless and can come from just about anywhere leaving you far from safe wherever you are! They are agile and can use each other to climb up to pretty much anywhere to attack your position. There are a few different enemy types but mostly they are pretty weak only needing one or two shots tot take them down, the others are hazmats that will release poisonous gasses unless taken down correctly, screamers that will attract more hordes to your position, lurkers which will creep around and attack you bringing you to the floor and leaving you unable to move unless a teammate saves you and last but not least the the huge armoured guy that will run at you and constantly smash into the floor until death unless you are saved just in time!

The campaign is split into four different chapters, each one set in a different city and containing three different levels for you to work your way through. In each level you won’t be alone though, three other people or bots will join you. I did find myself with bots on a few occasions as there just doesn’t seem to be many people playing and the wait time for a full team can take a while. The bots do a good enough job anyway and do actually take out a fair few of the Z’s making your life slightly easier. The actual missions themselves can feel a little repetitive, kill zombies, push a button or break through to a new area, kill another wave of zombies, push more buttons, kill even more buttons, you get my drift…. While this sounds boring and some may find it boring the action does make up for it! Killing these huge waves of flesh eating monsters just doesn’t get old! Using a mounted machine gun to plough down hundreds at a time is just something I won’t be getting bored of anytime soon! Stealth fans also won’t be disappointed but that is mainly down to the team you are with, the option to silently make your way through levels using just silenced weapons and picking zombies off is also an option but if you have one team member that decides to fire loudly then stealth is out the window.

Weaponry on World War Z is also pretty well equipped having loads to choose from. You can carry up to three weapons at a time as well as a gadget which I will come back to in a minute. Picking the weapons you take is something you will need to choose wisely, you can hold a small weapon like a pistol as well as a primary weapon like an assault rifle or shotgun for example but you can also carry a heavy weapon and these are where things can get very interesting! Picking up and equipping a large machine gun that actually needs to be put down and mounted does some serious damage but you can also find and use things like chainsaws, grenade launchers and RPG’s! The gadgets I mentioned earlier are used as set defences, barbed wire can be put down to stop enemies as well as mounting an automatic machine gun to try and hold back the masses of flesh eaters coming in your direction! Alongside the weapons and gadgets there is also the ability to acquire grenades, C4 and supply bags to name a few.

The main campaign isn’t exactly short but it won’t last maybe as long as some would have liked however there is something that will keep many fans playing aside from trying to tackle the games higher difficulty settings and that is the progression system for both your character and the weapons. The character you use will have the option of six different classes and these are: Gunslinger, Hellraiser, Medic, Fixer, Slasher, and Exterminator, each one has it’s own skill tree in which you will unlock perks as you level up. The classes are important and do make a huge difference while trying to stay alive, having a medic is always a plus but having four of them probably wouldn’t work that well against a large group of undead! The perks you can unlock for each class add things like starting with stronger weaponry to other perks like having grenades explode on impact. The way the perk system is set out works well and keeps you wanting to unlock new things to improve your fighting experience further!

The weaponry upgrade system is a little different to other games as well. The weapons are sorted into different tiers and each weapon will have modified versions of it, each version will have more and more improvements until you finally unlock the all singing all dancing version of it. This does take a while as you need to use the weapon for the xp to unlock the ability to unlock the weapon then you will need to spend you hard earned credits that you have acquired through completing missions to actually unlock and use the weapon. Much like the perk system for the character this is a very long winded thing but will constantly have you coming back trying to unlock everything!

One complaint I do have with the whole experience has to be the matchmaking, being a multiplayer focused game there are a few things that need changing and making a private lobby has to one of them! There is no ability to make. private lobby so unless you manage to get four friends together you will be forced to play with strangers which is a shame. There is however a PVP mode and it includes all the usual modes like deathmatch and domination but the twist here is zombies invade the map at anytime making things extremely hard to deal with!

The last thing to mention is the sound, the characters will constantly yell and keep you informed of what is happening as well as some pretty weird zombie noises that you would expect, the main thing for me though was the accuracy In the sound effects! Playing with headphones I was actually able to hear what direction the zombies (Lurker in this case) was coming from. The sound effect from the guns were also nice and punchy so no complaints from me for the sound either!

World War Z feels much like the classic of old Left 4 Dead series and it is fun to play, I wouldn’t say it was quite as good but I have been pleasantly surprised by what the developers have achieved! The progression system is addictive and killing massive hordes of undead never gets old. Performance on the Xbox One X was great with no real slow down in fps even with the huge amount of action being displayed onscreen at one time. The campaign is not the longest but there is plenty of replayability and fun to be had especially with friends. Matchmaking could do with a little work and the ability to start a private lobby is a must. WWZ is a good game and I look forward to hopefully seeing more content added soon!