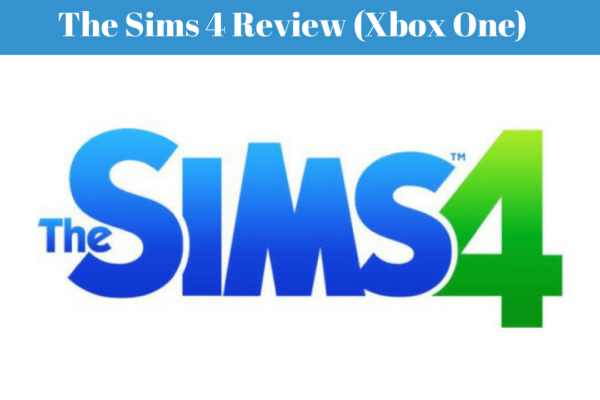 Xbox One version tested on Xbox One X for this review.

The Sims 4 has been around for a while now since 2014 if you were wondering! Now we finally have it ported over onto consoles!

After seeing EA were finally bringing the highly popular PC game to consoles I had a few concerns ahead of launch, how well would the game control coming away from the mouse and keyboard? How well would it run from the performance side of things? Keep reading to find out how well it’s been ported over…

The Sims 4 on PC had a fair bit of content missed from it’s original release but over the three years it’s been out the game has received multiple expansion packs and updates. Four of the add-on packs were paid content and others were through downloadable add-ons which gave players the ability to really fill out the game with a fair amount of content but at a price! The Sims 4 console version however doesn’t come with all the content available on PC as you may expect with the game being around so long.

Toddlers and swimming pools are included but most other stuff you need your wallet out for again!

The console version does include toddler and swimming pools added on but the City Living expansion will need to be brought separately for nearly the price of the actual game itself! There are also a few other packs available like the vampire game pack and the stuff packs which add items like hot tubs and kitchen items to the game all for a price of course!

So if you already have the PC version is it worth going out and shelling more of your hard earned money to be able to play on a console? No definitely not! The PC version is still by far the best way to play The Sims and one of the main reasons is something that concerned me from the start and that’s the controls. Being ported from a PC game that worked so well with a mouse and keyboard this was always going to be a difficult port but EA has really made a bit of a mess with things here, the UI is pretty awful at times and is pretty much a certainty to leave most players absolutely frustrated beyond belief! The controls take hours to get used to and even then it’s still a massive task to get the game to do what you actually want to!

Prepare to be frustrated with the control system..

The Sims 4 on console uses a virtual cursor the same as a PC mouse would but it’s controlled with an analogue stick on the controller and this is where things go horribly wrong, the sensitivity is set miles too high and for some reason there is no option anywhere to change it! The same problem is had with the camera and you will find yourself zooming in and out all over the place because it just flies off at the slightest of touches! The major frustration comes when trying to select tabs or buttons on the UI, I found that sometimes when I went to select something to the right the cursor would just fly off to the top right of the screen or just somewhere different to where I wanted it as well as completely losing the cursor at times as well! The whole experience as it currently is just feels awkward and broken but I guess this can be patched and adjusted to help fix things and make it far more user-friendly!

It is hard to get a video to show the control problem but the way the cursor jumps all over the place should give a good idea.

The problems continued past just the controls though, the bugs and glitches in the game really can kill the experience! Pop up menus would sometimes get completely stuck and I had to reload the game to get rid of it, save game problems also made me want to quit playing completely after spending ages sorting my sim out the game decided it didn’t want to let me save and I ended up losing that progress.

Going into build mode seemed to highlight some sort of framerate issue as the game would slow down and lag when i started the building mode, the actual game itself though did run pretty well, colours and visuals looked crisp on the Xbox One X but it’s just a shame that all the bugs and controls can kill the experience.

Sound wise everything is ok until you speed things up and fast forward time, on a few occasions I noticed the sound was out of sync which was a little annoying but can be ignored easily enough.

Is it still possible to really get into The Sims 4 on a console?

If you can look past the bugs and wait for a (hopefully soon EA!) patch then yes the game still has an addictiveness to it, the controls will take hours to get used to but they do get a little easier in time if you persevere with them, hopefully again EA will patch this and maybe give us the option to adjust the sensitivity! What the Sims 4 on console is good for is if you don’t have a PC and it is something you have always wanted to play, this version has a few add ons that the original on the PC didn’t have to start with like the toddler add on and it’s great fun, trying to help keep them under control adds a whole new challenge and if it’s something you have never experienced on PC it is really worth a try!

The emotion system added to the Sims 4 is also much improved and carries many realistic reactions, things like needing the toilet and not making it will leave your Sim highly embarrassed. Is it wrong to find that funny?!? There will always be things that happen that will stick in your mind and that is something the Sims does well, I had to laugh at the fact my Sim threw a party and everyone was outside while shes indoors on her own blowing out her birthday cake candles!

The Sims 4 does a great job of making you actually feel like you are helping your sim through life for example helping in career choices will guide them to the job you want them to have as well as the diet they are on will have an impact on their weight. There is so many different routes your Sim can end up taking it’s good fun to actually see how they turn out.

While compared to the PC version the consoles miss out on community created content they do still however allow players to cheat, achievement on the Xbox One will not be gained while cheating but this can add a bit more fun to the game that can otherwise be very involving and sometimes frustrating. Cheats will enable you to maximise things like your Sims health as well as making them extremely rich and being able to buy and build what you always wanted for them.

The Sims 4 on console needs some serious work to iron out some of the bugs and problems it has. The UI is pretty bad at the moment with the controls constantly leaving me feeling frustrated and close to giving up! A simple sensitivity adjustment would have probably helped things considerably but sadly there isn’t one. The game isn’t all bad though and underneath these issues there is the solid Sims game that many people love! Lets hope this gets a decent patch soon!