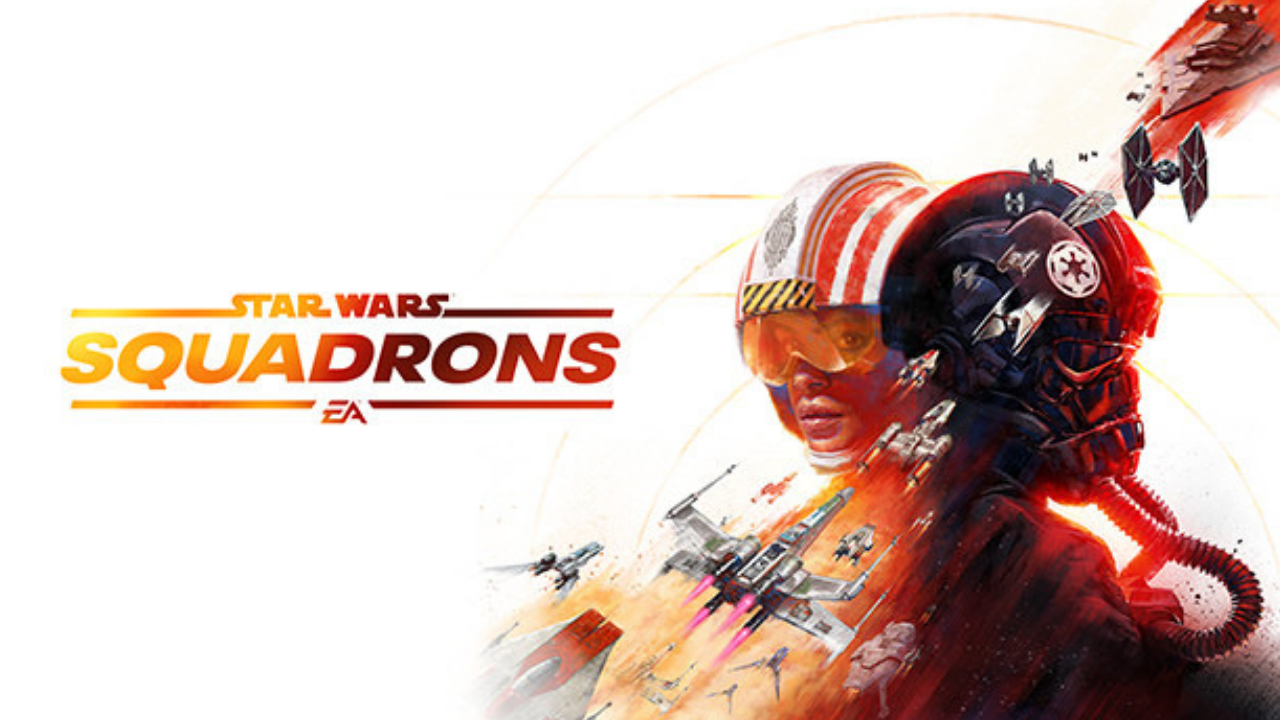 Available Now On Xbox One, PS4 and PC

So finally Star Wars fans have a real star fighting simulator with all the legendary ships from the films, don’t worry if you are not really into sims or even Star Wars as there is more than enough here for everyone but if you are a Star Wars fan your in for a bit of a treat!

Star Wars Jedi Fallen Order has to be seen as a major success and a real step in the right direction for the Star Wars games as a whole especially when you look at how well Star Wars Battlegrounds has done with all the updates and while you can fly starships Squadrons is a full all-out space fighter that fully focuses on giving the player a real insight into what it would be like to fly an X-Wing or Tie Fighter.

The first thing you may have noticed after going through all the buttons will be there is no option to change the view and cockpit view is the only way to fly which edges on the sim side, the controls may need to be tweaked to your own liking but customising what sticks and buttons do what but once you get the hang of it the combat really is a blast!

In the cockpit you will have full control of what is going on and will need to reroute power to certain parts such as the thrusters or lasers to gain advantages in the fight, the early missions in the campaign manage to give you a little tutorial in this for example by telling you to route the power to the thrusters this will then charge boost allowing you to boost under the enemy Star Destroyer without your ship getting shot to bits in seconds.

Aside from putting power into certain parts of the ship you can just leave them in balanced mode and which will evenly distribute the power but always bare in mind if you need that little boost to a certain system the option is always there. The way this is all controller is through the D-Pad, it works fine but can be a bit of a nightmare in the heat of battle remembering which way boosts what part, if the D-Pad doesn’t work for you however all buttons can be re-mapped.

The cockpits in Squadrons all look fantastic with lots of detail and all different dials adding to the immersion, the gauges in the ships all work and show ship information showing different things like damage or how much charge the lasers have left, etc.

Now onto the main campaign itself and for me, this was the main worry as I was concerned if there would be enough here to keep me playing. I am happy to say that there is plenty and once this is all over the multiplayer is great to get stuck into. Squadrons have 14 different missions to play through and the plot is made interested by being able to play both sides of the story between the New Republic and the Galactic Empire.

As you may imagine most missions involve plenty of dogfighting but most will have the same end objective of taking down a large ship or defending something of your own, missions are challenging but do give players the opportunity to try out different starships.

At the start of the game, players are asked to create two different characters, things like the voice type, gender, different faces, and name can be changed to whatever you want. While this is a nice option to have it doesn’t really add much to the experience aside from having your name in the subtitles or seeing the character you chose.

The strange thing is the character that you choose doesn’t really ever speak so it seems a pointless addition. Characters around the hanger can be spoken to but some conversations are quite lengthy and after a while tend to get a bit stale.

During the cutscenes characters, all look different and fairly detailed but one thing that destroyed immersion was the facial animations when talking on a few occasions it possibly would have been better if the mouth didn’t even move!

Ok so back to the multiplayer I mentioned earlier and this is where you will most likely find yourself after the campaign has finished. The dogfighting mode is basically a five on five deathmatches and is where I spent most of my time in multiplayer, Fleet Battles will require more teamwork as its aimed towards objectives and working with your team to break past the opposing teams two Frigates before eventually taking down their Battlecruiser. Building attack by shooting down other players as well as AI enemies will gain points allowing you into the enemies territory before attacking their main ships.

Working with your own group in Fleet Battles is certainly the way to play as playing with randomers can be really hard work, this mode takes teamwork to achieve and this just sometimes can’t be done if you aren’t able to speak to your teammates. It is mainly this reason that I personally edge towards the dogfighting mode as I prefer to fight freely without all the planning.

One fantastic thing that EA has certainly learned from is the microtransactions and they are nowhere to be seen! This isn’t to say there aren’t different items that can be brought and acquired but thankfully these are earned rather than brought! Leveling up will reward players for their hard work and this is the way things should be so thankyou EA!

Star Wars Squadrons is exactly what any Star Fighting fan could want, while being a fan of Star Wars is a bonus it isn’t essential here and anyone into dogfighting in the sky, well space will find something here. Fantastic visuals and performance as well as accurate sounds make the whole experience very immersive and one that I would certainly want to come back to! The campaign is around nine hours long and once over the multiplayer will be enough to keep you playing and dogfighting into the future with some of the most iconic Star Ships never to be made! No microtransactions are a huge plus and great that EA is still doing this, progression rewards rather than paying money to progress!