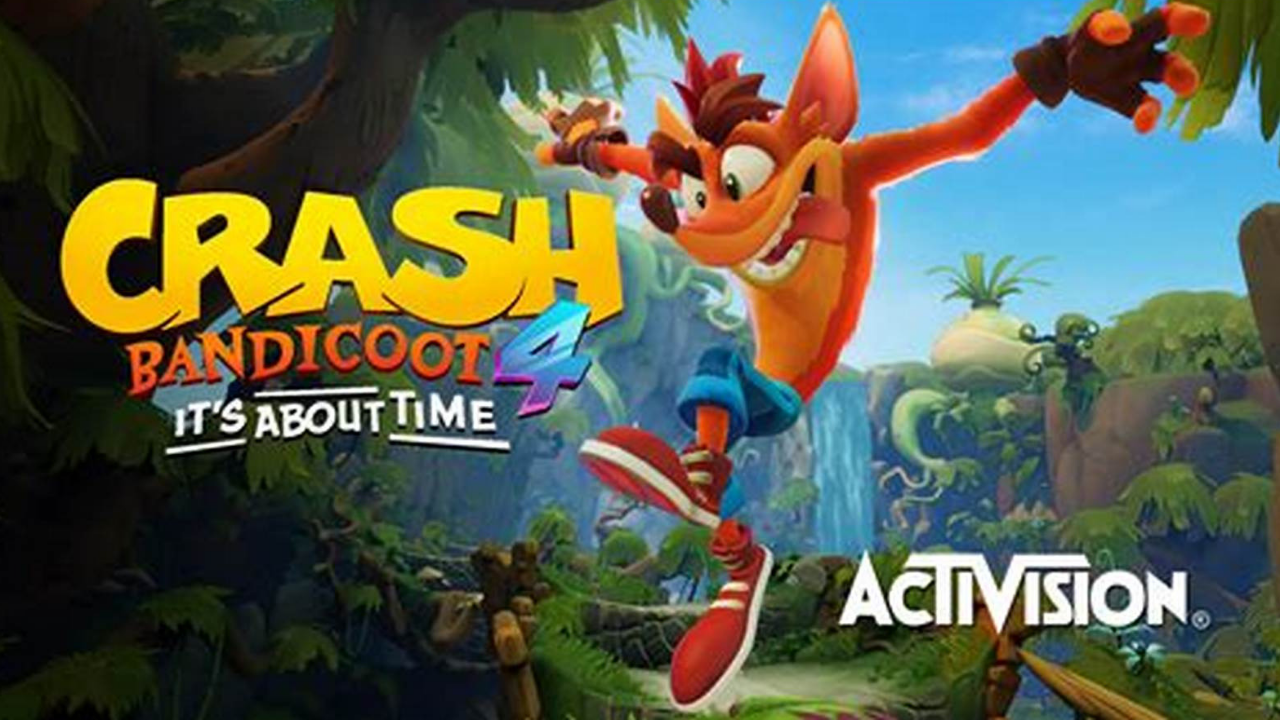 Available now on Xbox One & PS4

Crash is finally back but how does the game hold up against some of its rivals around today? Crash 4 isn’t a complete reboot but something that the devs kept the good bits about the original game but then added what was needed to allow it to compete with others around it in the gaming world today!

Crash Bandicoot picks up where Warped left off with the foes Neo Cortex and N. Trophy breaking out of the prison they are trapped in aided by Uka Uka. These villains are then hell-bent on an evil plan to take over the game world called the Multiverse.

The storyline is played through an old-style map very similar to the Mario games of old for anyone not playing crash games before but if you have and did play the original Crash Bandicoot back in the day you will most likely be familiar with the way the game is mapped out. Some will like this design and some won’t but it’s really just personal taste and realistically the map does its job just fine.

Level wise Crash 4 is what you would probably expect, very fun but also very challenging! Timing in some of the levels is so important and if not perfectly achieved you will likely be left frustrated playing the same section over and over before finally making it. Once you do manage to get past that bit you have been stuck on the sense of achievement you felt all them years ago really hasn’t changed and for me personally, I honestly felt relieved when I managed to get through the level!

Completing the levels isn’t where things end here though and this is where the game really adds replay value with the completion percentage on each level. Levels will all have set challenges that will need to be completed before the 100% is achieved, things like smashing all crates, only dying so many times, or finding the hidden gem in the level will all contribute to the completion of the level but managing all these is not an easy thing to do!

Getting through the levels will allow you to use all the usual jumps, spin attacks, and ground slams but in Crash 4 there is also some new pretty cool features and it’s the Quantum masks which allow Crash to use new powers such as slowing down time, gravity control and switching between two different dimensions. These new powers add so much to the gameplay but also really add to the difficulty! Thinking fast is essential and you will need your hands totally in sync with your brain to actually progress through some of the levels as they are so challenging.

Challenging levels is something the player will need to get used to pretty fast though as the games difficulty does tend to ramp up pretty fast, this isn’t by any means a bad thing and any platforming fans that like a decent challenge will certainly find enough here to keep them going!

New and varied enemy types can be seen throughout the levels including the jumping sharps which have got me on numerous occasions without any warning as I have just jumped across a gap without even knowing it was about to come up and chomp poor old Crash down.

The old-style running at the camera levels are also found here and great to see from a nostalgia point of view as well as very challenging seeing things right at the last second for you to try and react fast enough to avoid obstacles coming at you. Other things like grinding down zip lines and timing jump to collect everything while avoiding stuff as you go is all here, the level designs and sheer amount of different things to do is the real star of the show here.

One of the biggest additions to Crash 4 though is the playable characters, these are amazing and feel very different from each other adding a whole new side to the game. Each character has their own abilities and different strengths and weaknesses.

I have mentioned how good the levels are designed but as of yet not touched on how the game looks, luckily it’s as good as the level designs, Toy’s For Bob have really gone all out when trying to get levels looking good and it’s very clear to see this game have been given a fair bit of love and attention to detail!

Objects in the levels look fantastic as do landscapes and backgrounds! Crash himself is a colorful detailed character and comes across exactly as you would expect, mad and scatty with not that much going on upstairs!

When it comes to sound things are very much on par with everything else, some decent voice acting in some of the video clips as well as catchy and nostalgic background music that will keep Crash fans more than happy!

Crash Bandicoot 4: It’s About Time kept all the good stuff we remember from back in the day and then added what was needed to make the game feel modern and up to today’s standards. Crash fans will certainly not be disappointed here at all and will find more than enough here to love! New playable characters as well as some pretty cool new powers take gameplay up a notch while not straying too far from the originals. Sound is perfect as are visuals and performance, levels are well designed and challenging and even once you manage to finally complete the story there is more than enough to do to keep playing. Well done Toy’s For Bob it’s a more than worthy addition to a legendary series!

Crash Bandicoot 4: It's About Time