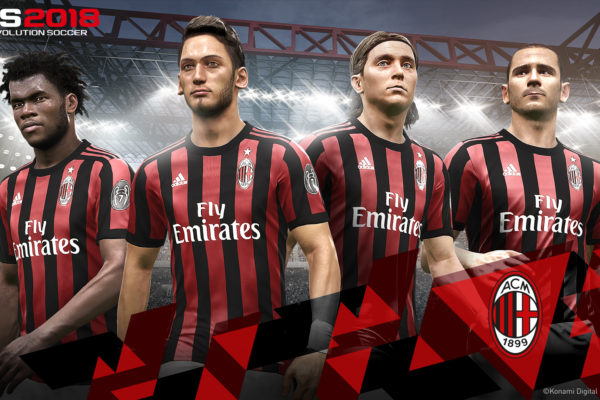 Konami have announced they have reached an agreement with Italian club AC Milan as they continue to add the world’s best teams to it’s roster.

With this latest partnership Konami have used it’s 3D scanning systems to add everything from AC Milan including the stadium and players giving everything a virtually photo realistic experience.

This doesn’t just add looks to everything though this also captures certain players playing styles such as on-and-off the ball movements and tactical abilities so that they are easily recognised in the game.

Check out our full PES 2018 review