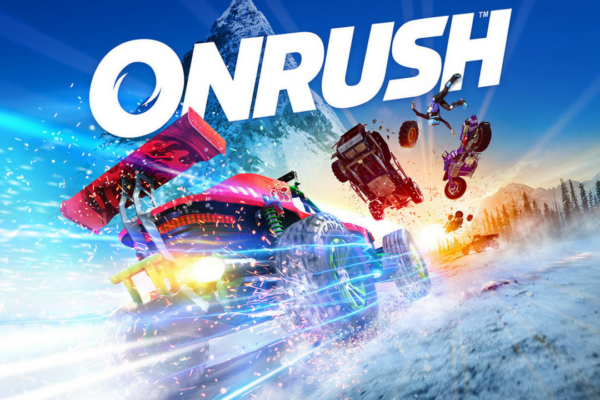 Codemasters and Koch media have confirmed that the ONRUSH open beta will launch at 2pm (BST) on Thursday 17th May and will conclude at 10am (BST) on Monday 21st May on both the PlayStation® 4 computer entertainment system and Xbox One.

Players that pre-order the game digitally on PlayStation 4 will get early access to the ONRUSH beta and will be able to get playing from Tuesday 15th May.

In addition to the open public beta running from 17 – 21 May, anyone who pre-orders the game – from participating retailers such as GAME, Amazon, Tesco and Smyths Toys  – will get early access to the ONRUSH beta from 15 May.

The beta will give players the opportunity to get to grips with the basics of Codemasters latest racer with an interactive tutorial.  Once the tutorial is over players can jump straight into the action in either the Superstar Practice, letting players perfect their skills against AI or you can really up the difficulty straight away and play through multiplayer against real opponents!

Superstar Practice is great solo or can be played with a group of friends in co-operative mode. When playing solo,  players can also use ONRUSH’s Photomode, this allows players to simply pause the madness, snap away using the advanced editing tools and filtering, before sharing the images with the world. Photomode is only available in solo and will not be available in both co-op or multiplayer.

Players will also be able to dominate The Stampede in multiplayer mode. Lock horns with rivals from around the globe in exclusive 6 v 6 multiplayer events. Two beautiful yet deadly tracks, two game modes and 4 vehicle classes will become available throughout the beta with elements including night races and seasonal changes cycling throughout giving players a great chance to try out some of it’s features.

As players level up through the beta they can unlock stylish rewards for the final game, these rewards come in the form of Crashtags and Tombstones which drop and display when being wreaked or taking down rivals while in the heat of the action.

Available to pre-order now, players can also get their hands on the ONRUSH DIGITAL DELUXE EDITION which includes an eight additional vehicle designs with iconic gold and black liveries, extra Crashtag artwork and Track Tombstones all exclusive to the DIGITAL DELUXE EDITION. PS4 Pre-orders allow early access to the ONRUSH beta 48hrs before it opens up to everyone (Tuesday 15th May).

Developed by the new Codemasters development team in Cheshire, UK (formerly Evolution Studios), ONRUSH is not about racing to the finish line. Racing with style and flair is what counts as you perform incredible takedowns and put everything on the line in order to power up your all important RUSH bar.