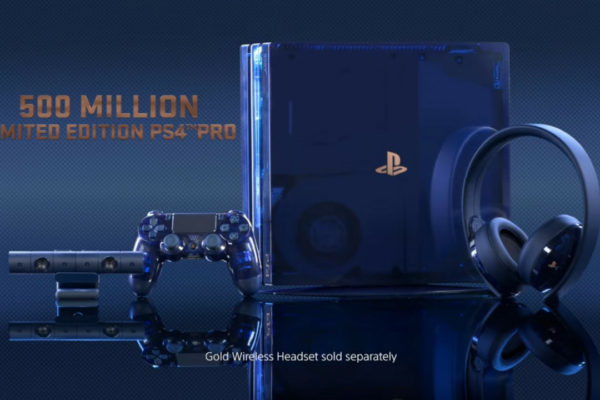 Since the original Playstation was released back in 1994 Sony has gone on to sell millions of of consoles and the company will be celebrating this milestone by releasing a special translucent dark blue edition! The very special edition console will be limited in numbers produced with only 50,000 units being available worldwide!

The special edition console will include a DualShock 4 controller also with the same translucent blue shell, 2TB HDD, PlayStation camera and a vertical stand. Each console will have a commemorative copper plate on the front with it’s own unique serial number. The Limited Edition DualShock 4 will also be available as a standalone item for £55 on August 24. You will also be able to buy a Limited Edition Wireless Headset with the same translucent blue design and copper detailing for £78.

The console will cost £450 and it is thought it will be very sought after so don’t be surprised if you don’t manage to get hold of one. Pro orders will be available in Europe August 14th from retailers including Amazon, Game, Smyths, Very and ShopTo.