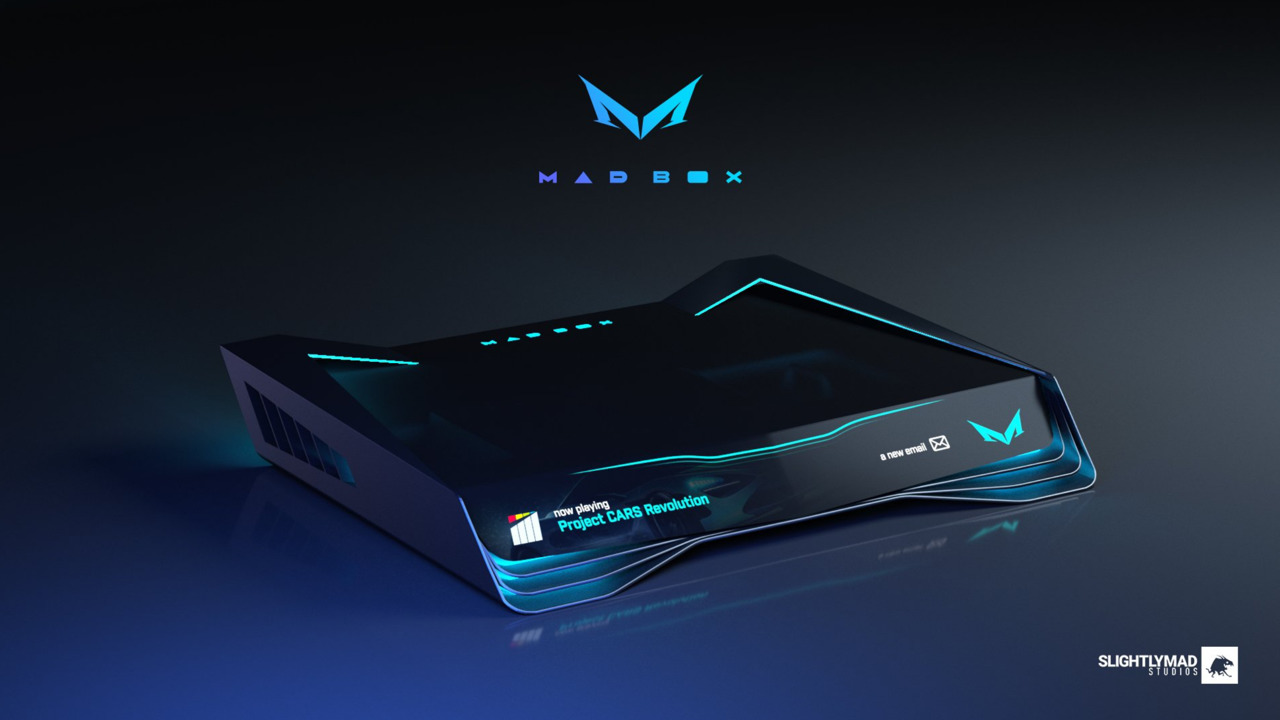 Slightly Mad Studios are mainly known for games such as Project Cars but within the next few years they will be developing a new console to take on the Xbox & PlayStation. The claims are pretty impressive as well as a very futuristic looking console!

The Mad Box as of now has no confirmed release date but rumours are it will release sometime in the next three years. It is claimed that it will have enough power to compete with the next generation of consoles thought to be the Xbox Two and PS5.

Ian Bell the studios CEO has claimed the console will fully support 4K as well as 60fps per eye! This would mean the console would be able to achieve an impressive 120fps/120hz refresh rate! This would be a massive step forward for console gaming but it is something that is to expected with the next generation of consoles.

There has always been talk of VR with the current gen consoles with Sony already achieving it with PSVR but Microsoft still haven’t developed anything. There were rumours of maybe the Oculus being used with the Xbox in the future but no information of plans of this have ever been released.

The Mad Box seems an exciting addition to the console market, whether anyone will buy it and whether game developers will buy into it, time will tell. With no release date and nothing much to go on other than powerful claims we have to eagerly await anymore information.