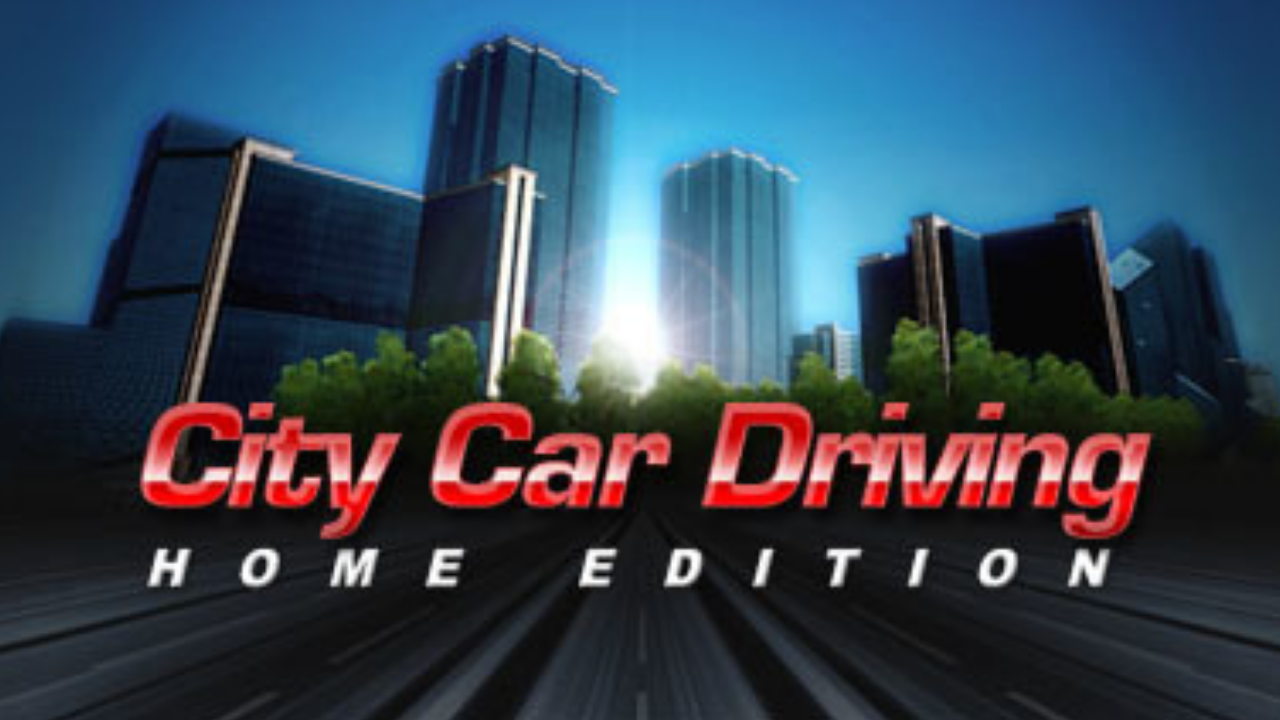 Please note this review is a couple of years old, it still has so many views that I wanted to update it to my latest format

While City Car Driving is ok on a monitor I did the majority of my testing with the Oculus rift, the monitor just doesn’t have the immersion that the rift provides so it really is the best way to play in my opinion. If you don’t have VR it’s still worth a look though so don’t discard it straight away!

The wheel setup I used was a Thrustmaster TX Racing Wheel Leather Edition, Thrustmaster TH8A Shifter and a Playseat challenge which I will link on Amazon at the bottom of the page.

When you first start the game you will be asked to make a profile, this will require you to name it and choose the country to drive in: United States, Australia, European Union or the Russian Federation. I chose Australia purely so I was able to drive on the left hand side of the road as the other three were all on the right hand side.

Getting setup in-game was very simple, I selected steering wheel/joypad and then just mapped all the buttons how I wanted them on the wheel and gearstick, went into graphics, selected monitor and Oculus Rift and everything was ready to go!

Once everything was setup I selected free driving, waited for the game to load and then put on the headset. The Oculus worked straight away with little adjustment or setup needed. Looking around with the Oculus makes such a difference to this game, getting to a junction and turning your head is natural and just feels really immersive compared to using a key to look left or right.

The graphics aren’t terrible by any means but do look a little dated. Pedestrians and buildings could do with a little bit of attention but the cars do look ok. Obviously playing this at 2560×1440 on a monitor over the Oculus improved visuals immensely but the trade off for me wasn’t worth it because of the way the Oculus immerses you! I really don’t think I have ever experienced a simulator that actually makes you feel like your driving as much as this does.

Each car is detailed inside with all the usual controls a car would have. Would be nice to see the gear stick move when you change gear though.

For the most part I was getting 90fps (Max for Oculus) but occasionally it would drop to 65-70fps. Without the Oculus I was averaging over 160fps on max settings running at 2560×1440 resolution.

This is definitely something that needs some improvement, all the cars sound so similar to each other and lack any kind of distinction for different engine sizes or car types. If the developers were to add some different car sounds to the different types of cars this would be a huge improvement to the whole game, this would also improve the downloadable Steam Workshop cars.

The game also lacks music so adding an option to play your own would be a great addition.

This was a major strength for City Car Driving, I felt the actual driving on this game was spot on and physics felt good. Force feedback was ok but at times a little non-existent.

The only way to play this I feel is with a steering wheel, pedals and shifter. I tried an Xbox Controller and it was nothing compared to the steering wheel.

You have options of areas to drive in:

The two greyed out areas need to be unlocked through progression in career mode. UK driving would have been a nice addition with UK traffic laws.

There are two game modes available, career and free drive. Career is basically set exercises for you to perform and basically showing you how to park, drive, change gear etc. On Oculus career is absolutely rubbish, each exercise will show on the monitor what to do and what not to do and on Oculus you get told nothing! Basically for you to be able to pass these you need to take the headset off to check what it’s saying all the time or have someone in the room reading to you what it wants you to do. There is an instructor volume in the settings but this seems to do nothing as there is no one talking at any point. Until there is someway to see the guides with Oculus on I doubt I’ll be using that mode as playing with a monitor really doesn’t compare.

Free drive is where you will have fun, try to drive round normally but I’m sure as most have you will end up just driving round like a complete nutcase!

You will start with 6 cars and have another 6 cars to unlock (if you can manage to sit through the exercises and pass them) which really isn’t much but this is saved by the modded cars that can be added with ease through Steam Workshop.

Each car has different options available to it as shown below:

One massive plus for this game is the Steam workshop! You can add any cars from there with ease! Ferrari’s and Lamborghini’s can be added and then in game just select the arrow next to standard and go to modded and all your downloaded cars are in the list. Nicer sounds would improve this massively but having the extra cars is more than good enough.

Weather choice has a few options such as summer, autumn and winter.

Snow and ice do make handling very tricky as you would expect to in real life.

I know the review has already kind of covered this but I think I really need to reiterate on how good this is! If you have a Oculus Rift and steering wheel setup buy this game, download some cars and get driving. The feeling you get as you fly down the motorway and hit someone head on is scary, the in car view jumps forward and you actually feel like you have hit the oncoming car!

City car Driving is one of the best simulators I have ever tried!

One little improvement for me in VR would be if it saved your adjusted seat position, every time you come out the game to go into the menu or anything, once you go back to drive you will need to readjust your seat again which is annoying if you like changing your cars often.

Below is a short clip of driving, please note the video is from the monitor and the jumping around is caused by my Oculus this is not the way the game is in the Oculus.

If you’re after a simulator to help you get the basics of driving or just to have some fun in a car, this is for you. To take full advantage you will need a steering wheel setup is the minimum needed to enjoy but with an Oculus Rift as well this is something that can’t be explained and you seriously need to try it! Better graphics and sounds would be a massive improvement. Steam workshop is great and adds plenty of cars to a very slim original selection.