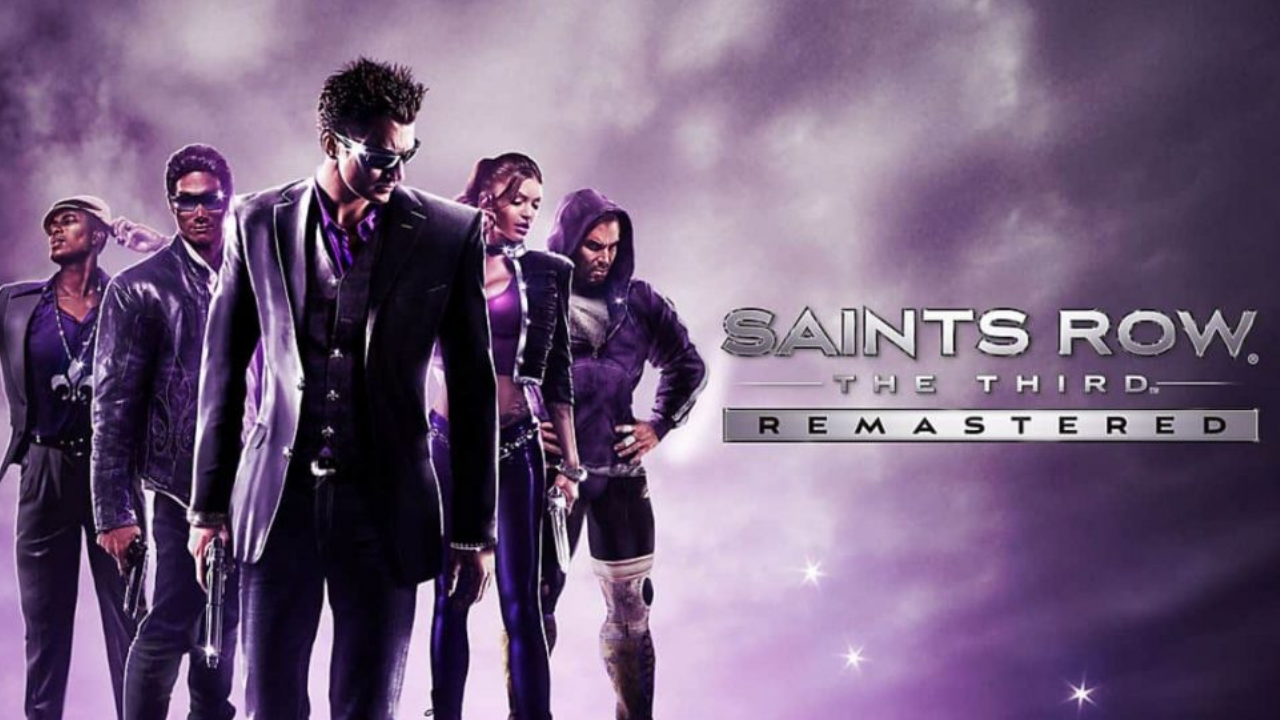 Available on Xbox One, PS4, PC and Nintendo Switch.

Mainly known for being a GTA clone Saints Row The Third Remastered was widely regarded as the best game from the whole series. Nine years later remastered how does it hold up to the competition.

Saints Row really sat in the shadow of GTA and the second in the series was possibly worst hit by Rockstars masterpiece when Saints Row The Third came along things certainly took a step in the right direction with plenty of great reviews for what was basically a wacky version of GTA! Saints Row 4 introduced superpowers and did well enough but The Third was always regarded as the best released and now it has a remaster if the gameplay is still up to it the visual improvements should make it a great game even today!

Starting off as a small street gang it will take time to take over and eventually be left running the US. The gameplay hasn’t really been touched and isn’t a bad thing because even today it has aged so well and competes with everything around today. Gameplay is fun, fast and frantic all the time, vehicles take a bit of getting used to especially if you are a GTA fan but again everything here is just about having fun and Saints Row is a master in its trade when it comes to the fun factor!

4K visuals on the Xbox One X were always expected to look better than what we had back when the original came out.

Being remastered and not touching the gameplay means developers must have concentrated on the visuals and performance, straight away the visuals are obviously improved with more detail. The main noticeable difference is when it comes to the lighting, travelling around during the day showcases some really nice lighting effects are much improved over what we had all them years ago!

The visuals upgrades don’t stop at lighting with the characters, weaponry and vehicles all getting their own bit of TLC and redesigns. The visual upgrades to The Third are pretty clear to see and real Saints Row fans that have played the game in the past will certainly notice the difference. I won’t go as far as saying it looks like a title that’s been made right at the end of a console generation but it is an improvement on the original much like Modern Warfare 2 did recently.

Content certainly isn’t lacking when it comes to Saints Row The Third as it includes all three mission expansion packs as well as all 30 DLC items. This is great news for new and old players alike as there is bound to be enough content here to keep players playing for a very long time and there is a good chance that even old players of the game will find something new here that they haven’t seen before.

The key differences for me over GTA is mainly to do with gameplay, obviously, visually things are mad but the weapons and the gameplay itself are totally based around fun, seriously once you acquire the Penetrator bat you will know what I mean, nothing like walking around beating pedestrians with this thing! Old fans will be more than aware of this popular melee weapon!

The weaponry on offer here has to be one of the games main strengths with loads of different wacky things to choose from, running around the streets you are able to take down random pedestrians with some devastating moves and stealing cars is far faster than in GTA, no waiting around trying to pull the driver out, just jump through the window and boot them out the other side, it’s gameplay like this that really drives home the fun factor in Saints Row.

It’s hard to describe Saints Row gameplay in general as it just seemed to take a bit of every game around that time when it was released, throw it all together and somehow it really worked and this even stands up well today! With all the included DLC the difficulty can take a bit of a hit and for me, this can be a little bit of a negative as it makes things very easy early on, the fact you have access to the Saints Crusader Tank from the start just seems a little too far as it takes away any need to work for it, some will like this decision and some will think the same as me I guess.

There is so much to do when it comes to missions and objectives that you will never be left waiting for something to do, main objectives are there to stay on track with the main story but you will fairly often find yourself sidetracked by a mad side-mission you have come across. Once you do start working through missions, unlocking items and taking over the city the fun really begins! The best bit is the fact you can play the whole game with a friend as the game has co-op built-in.

Being able to experience the fun that Saints Row has to offer with a friend playing as well can only be seen as a bonus and when you think of GTA Online the multiplayer is one of the games main strengths, while Saints Row isn’t quite up to the levels of GTA and their online offering it is still great fun alone or with a friend helping out!

Voice acting is pretty cheesy and to be expected really matching up to the gameplay of Saints Row, music is where it really excels! Listening to Kanye West Power while jumping out of a helicopter into a swimming pool then a gunfight?!? It just fits perfectly doesn’t it! This is just what you would expect from Saints Row and the madness it has..

Saints Row The Third Remastered is the best way to play this wacky game, the improved visuals make the city of Steelport, weapons, vehicles and characters look much better compared to the original game all them years ago. While not quite what is expected of a game at the end of a console generation the devs have done a good job at reviving this old classic. The gameplay has stood the test of time well and the fun the game was renowned for is still there. Decent performance, sounds and gameplay all add up to a solid experience. If you have played the game before and liked it Saints Row for what it is it’s probably worth another playthrough as all the included DLC will likely mean there will be something new here that even veteran players might not have seen!