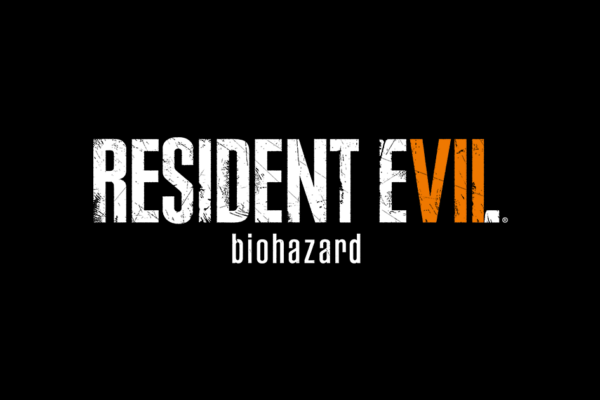 You’re Girlfriend Mia goes missing three years ago and all hope is lost, but then you receive an email from Mia saying not to come to her and to stay away! You playing as Ethan the boyfriend to Mia don’t take her advice and come looking for her. Big Mistake as you will soon find out!

After the email you will see a cut scene showing Ethan (you) driving to the old abandoned house in the middle of nowhere, the graphics are photo realistic on the cut scene and when you arrive at your destination you can see you are in for a graphical treat!

Walking through the woods you can admire the detail, you then come across a gate which is locked so looks like you will be taking the scenic route! Following the trail through the woods you walk through some insects, which you swiftly swipe away! Further along you see a strange looking large hillbilly looking weirdo but as soon as you get to where he was and look round the corner he is gone! From here you start to feel where Resident Evil is going and you start to wonder where he will attack you from so it gets you on edge from around 5 minutes of playing, exactly how you would expect a Resident Evil game to feel!

I don’t want to add any spoilers so i won’t go into that much detail from here but all I will say is this game is scary! Once you’re in the house it’s even worse, the sound of floors creaking, doors slamming and darkness everywhere all add to the immersion. One of the features i personally hate is being chased, all I will say is there is a lot of that here!

Played in first person it make things absolutely terrifying! The story is really well delivered and constantly keeps you wanting to come back for more. Video tapes found around the house can be played and then you get to play the person in the tape so you always get to see some sort of explanation of what happened previous to your arrival in this hell as well as giving you clues about future events you may face. The house has plenty going on and loads to look at such as newspapers, VHS tapes and notes which can all be read or watched. There are a few puzzles to solve scattered around the house but these can tend to be a bit boring and pretty easy.

Health is recovered by a first aid bottle which closes up wounds and promotes cell regeneration and partially restores some health, these can be found or can also be made with herbs and chem fluid. Items such as bullets and items are found around the house in drawers and cupboards, bullets are not to hard to find so you rarely don’t have any.

Playing on normal I constantly found myself out of ammo and med kits as these can be fairly scarce so use them wisely because on a few occasions trying to beat a boss with a knife is near impossible!

Safe rooms in the game contain a big storage chest as well as the save game tape machine. There is also a phone in these rooms that you will receive calls (Won’t say anymore spoilers) phones are also found scattered all over the house and not just limited to safe rooms.

Graphics are very impressive on the PC there are some grainy textures at times but for the most part it’s stunning. I experienced solid smooth frame rates throughout and that was just on a GTX970M laptop! 75 fps with only a drop to 70 when in busy scenes (my screen is max 75fps). It’s a very well optimized game. Lighting effects are the standout feature for the graphics they look so good! Gore is very much in you’re face and you will be unlucky enough to come up close and personal to some very disturbing things!

Since writing the review I managed to test the game on my computer. (I7 4790K GTX980ti and 16gb Ram) Happy to report its even better than i expected! Solid frame rates never under 120fps playing at 1440p with all details set to highest possible!

Great sound effects throughout and the atmosphere is s**t scary at times. Ethan could be a little more realistic when he has limbs cut off, he’s just kinda like ohhhhh ouch that hurt and then just walks around like nothing is wrong!

Sounds around the house really add to the atmosphere there is always someone banging or making some noise to keep you on your toes and if it isn’t people making noise you can expect to hear all the creaking of a normal creepy house. Sound is done so well throughout and voice acting is brilliant!

Characters all have a very unique personality, completely nuts and all are played brilliantly with rock solid voice acting. Boss battles will constantly have them talking to you, constantly mocking you and threatening you.

Mouse and keyboard or a controller can be used, my preference over the two would have to be mouse and keyboard just so you can look behind you faster while your being chased by some mad lunatic trying to slaughter you! Controls have that same slow movement as Resident Evil games of old and really add that element of discomfort and tenseness while your trying to run away.

Resident evil really has got it right here, the cast are both absolutely nuts, disgusting and at times even funny! “Daddy” a bloody great hillbilly lunatic that does tend to chase you a fair bit, he will be constantly taunting you and although he can be scary as **** up close he will also crack the odd joke here and there. Each character is unique and will keep you very interested.

The black weird looking creatures known as the molded are a little annoying and all look exactly the same. The wierd thing about the molded is the fact their worst enemy is a DOOR! Yes a shut a door in their face and they wont be bothering you as they can’t open them and can’t get through them. Bare in mind though don’t try this tactic on the nutty family members as they will just open it and then open you!

Boss battles are very tense and you will either be creeping around trying to sneak past or absolutely s******g yourself running away! I found the AI to be pretty good for the boss battles and they do tend to catch you out by sneaking up on you and some are extremely challenging and disturbing.

One of the best horror survival games to date so its easy to recommend really! The game has plenty of replay value and if like me once you finish it you will want to play through again to make sure you didn’t miss anything!

Game play is new and refreshing as well as having a resident evil of old feel to it. The atmosphere is brilliant with a great story and brilliant characters. Graphics are grainy in places but for the most part look stunning. Sounds on the game are hugely immersive and will keep you on your seat, while there is so much to do you will miss stuff on the first play through so you will defiantly be playing through twice! VR support for this would have been nice from release but I’m sure we can all wait if you can even handle this in VR that is!