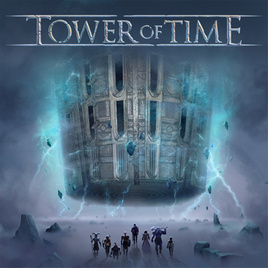 Tower Of Time is available on the PC through Steam’s early access for £10.99

Tower Of Time is an ambitious tactical RPG aimed at introducing innovative elements to the classic combat RPG. Developed by new Polish studio Event Horizon, Tower of Time offers players elaborate in-depth gameplay mechanics with a non-cliché narrative. Gamers will receive 15 hours of gameplay across 4 of the 13 levels of the tower. The team invites players to get a taste of their work and confirm that the full game will be available by the end of this year.

Tower of Time has a modern real-time combat system with an entirely new approach to character development and classic RPG inspiration. Event Horizon went the extra mile with the quality of the game to differentiate it from other run-of-the mill indie RPGs. With attractive graphics and battles full of special effects, all supplemented by handcrafted levels, the team have created each level with an individual atmosphere to support the overall character of the story told by the game.

Tower of Time is set in Artara, a world still devastated after a catastrophe that separated its races from the knowledge of their past. The story drives the gameplay system, and the heart of the system is the party, which consists of 4 characters chosen at will from 7 available classes. The progression of their skill is based on the premise that there should be no singular “proper” path of development leading to the creation of a super-powered character. Regarding the story, the Event Horizon team declared that there is no place for black-and-white morality in their production and have emphasized an engaging narrative and intriguing setting in which a developing technological civilization has encountered magic.

Tactical combat in Tower of Time offers a myriad of possibilities, but they also require careful planning and altering movements according to the current situation. The combat is in real time, though the player is aided by a dynamic slow-time feature, which is ideal for positioning the characters, changing strategy and creating combinations of the several characters’ skills. The battles are supposed to be far from repetitive – along with the diverse range of buffs, de-buffs and status changes or additional aids like summoning, the combat mechanics change for different encounters, such as in fights with “swarm” type enemies or bosses. Each elite enemy brings a new mechanic to the games, which the player has to learn and master.