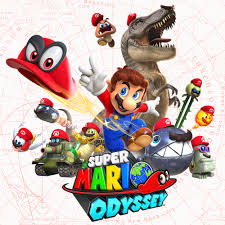 Nintendo last night released a new video with information on the highly anticipated Super Mario Odyssey which is due for release October 27th.

With just over a month till release it’s exciting times ahead for Nintendo, Odyssey continues Nintendo’s inventive ways with players able to control just about anything with Mario’s new ability using Cappy. Nintendo also added snapshot mode which will allow players to take pictures which can be used as backgrounds or just to keep as memories..

Along side the game Nintendo will be releasing a special Nintendo Super Mario Odyssey themed Switch Bundle on October 27th.

Not long now and we can’t wait!