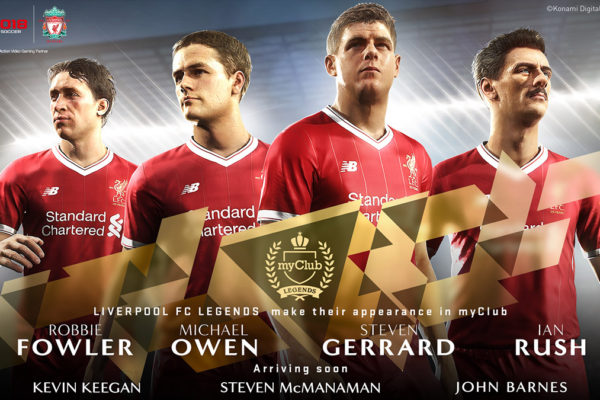 Current legends available are Robbie Fowler, Michael Owen and Ian Rush and the new stars being added are:

The trailer below showcases the official partnership between Konami and Liverpool F.C.

PES 2018 has been pushing hard this year adding official partners including Inter Milan.

Check out our full written PES review by clicking HERE.

Check out Gameplay footage of a whole match between Manchester United and Manchester City below.