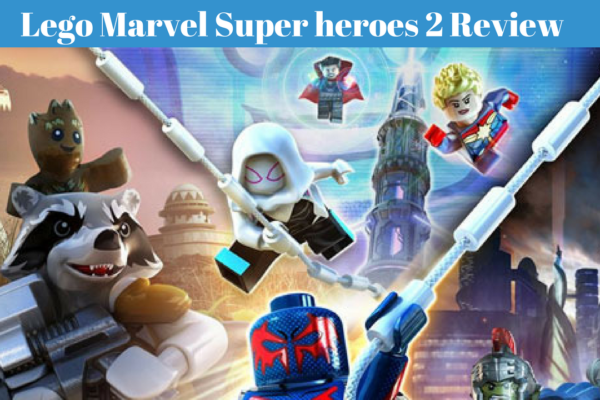 Available now on PS4, Xbox One, PC and Nintendo Switch

Xbox One Version tested on Xbox One X for this review.

Another Lego game to the collection, this one full of some Marvel favourites!

One thing the Lego games are well known for is how family friendly and fun they are! This one is no different, as soon as this arrived my 6 year old was desperate to get playing and use some of his favorite characters, this is where you may find yourself arguing with a child as they are desperate to use the character you have and you don’t want to swap!

As soon as the game starts the kids can join in but don’t by any means think you need kids to enjoy this game because even playing alone it’s good fun! Missions are well thought out with plenty of puzzles along the way, certain characters will be needed for certain tasks like using Groot to make a bridge to carry civilians or using Thor and his lightning attack to power up a power unit. These tasks really have the player thinking all the time and constantly have players that are in multiplayer working together to solve puzzles.

When action really hots up on screen things can get a little manic and confusing especially when playing in multiplayer. The game also doesn’t hold your hand too much which isn’t necessarily a bad thing but can leave some players a bit lost at what to do next and what character they need to be controlling, most tasks however show a small picture of the character that’s needed to progress through the level.

The main villain in the game is Kang The Conqueror, a nice change from some of the previous villians like Loki this one has mastered time travel!

The amount of characters on offer here is huge! All the favorites are included and Marvel fans will love what’s actually on offer here! Spiderman, Iron man, Hulk and Captain America are to name a few and then there is the Guardians of the galaxy stars, Groot, Drax and of course Star Lord! These characters while all being familiar have a little bit of getting used to about them, the voices are the problem and do tend to sound a little weird at first, some can sound similar to their movie roles but real voices like Chris Pratt as Quill would have made the whole experience even better but with over 230 characters all of them may have been a little to much to ask!

All the characters are different and some have abilities that others don’t characters like Thor can use his hammer to fly where as Drax can use his strength to smash through walls that others wouldn’t be able to. Some characters like the Hulk and Groot have the ability to actually get bigger in size which makes them more powerful but much slower where as in their smaller form they are much faster. The way things are set out players will have to experience pretty much all the characters which is a really good set up.

It’s not all character fighting though, some weapons can also be used like taking control of some turrets that have been built. This can be good fun once the building work is out the way and that’s something you will be doing alot of and being a Lego game I wouldn’t expect any different! Building is done by tapping the B button near pieces of Lego that can be constructed into the item needed for the task at hand.

Replay value if you don’t mind some repetition

Something you may come across from time to time is an area that you can’t access because you haven’t unlocked the character needed, this will require you to unlock the character first and then replay that level to unlock the area. This adds replay value to the game for the players that want to unlock everything.

TT games have done a great job overall with the amount of detail and accuracy in the characters and one thing this game has in abundance is it’s content! With over 230 different characters to collect there is some serious playtime there alone and then there is the Chronopolis Hub! This place is absolutely packed with stuff to do! There are bonus missions to complete as well as plenty of collectibles and then on top of all this is the character customisation.

In the character customisation tool there is some serious amount of content on offer! Don’t think this is just the odd costume change, this is a full on customisation which includes changing things like the colour of a characters attack and the damage it will do are just a couple of things that are on offer here.

One other thing I wanted to add about modes and content is the multiplayer mode, there is already the ability to play the story in co-op together with a friend but there is also a competitive multiplayer which has up to four players battle it out for Infinity Stones or battle to cover the arena in their own colour which is a little bit like the Nintendo ink throwing hit without mentioning any names….

Graphically it’s very impressive, while it’s never mean’t to be photo realistic it’s still very good! The pure amount of detail in some character is amazing and then there is the wonderful and well thought out level design! Everything is vibrant and colourful and will impress Lego and Marvel fans alike. An issue I did find annoying at times was the camera angles, if they could be adjusted things maybe a bit easier.

Lastly onto the sound and thankfully it’s still great, like I said earlier the voices are a little disappointing but the backing music and sound effects are spot on. Don’t be put off by the voices though as they are far from being bad it just seems weird because they are clearly trying to be like the characters we all know but it just isn’t the same. Some of the scripts are genuinely funny and are really relevant to certain characters as the video below shows, don’t worry it’s not really a spoiler.

Lego Marvel Super heroes 2 sticks close to what it knows best and the old saying of if it isn’t broke don’t fix it applies here. The huge amount of content and characters on offer will keep fans entertained for a very long time! The whole game is purely just fun and ideal for younger and older players alike! Co-op is probably the best way to play and extremely fun and sometimes even challenging. This is just another great Lego game to the ever growing collection, great visuals, sound and story make it all a very worthwhile experience!