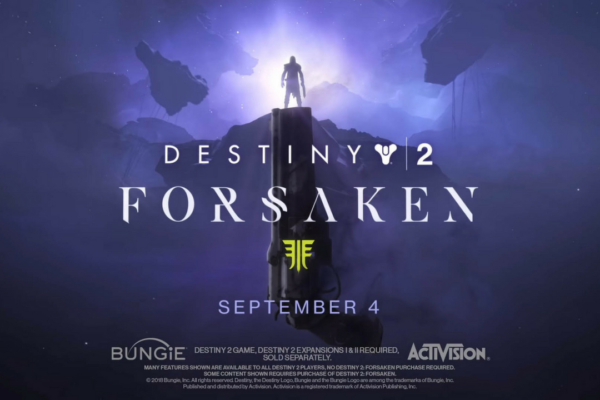 Destiny 2’s upcoming Forsaken DLC expansion shows Cayde being left in a bad way after a pretty impressive last stand. Weather Cayde is actually being let go is still not confirmed but either way the developers have made him into something of a hero! While he’s always been one of the characters known for giving some humour to the game in this trailer hes left fighting for his life against multiple enemies, eventually with his ghost destroyed it looks as though he’s left for dead!

The latest expansion isn’t with us until September 4th so there is a wait to see if Cayde is gone or if there is some sort of twist! One thing for sure is that this expansion is going to be big! Probably on par with the original Destiny’s Taken King which isn’t a bad thing at all! It will include new weapons, gear, supers and superclasses as well as all new locations.