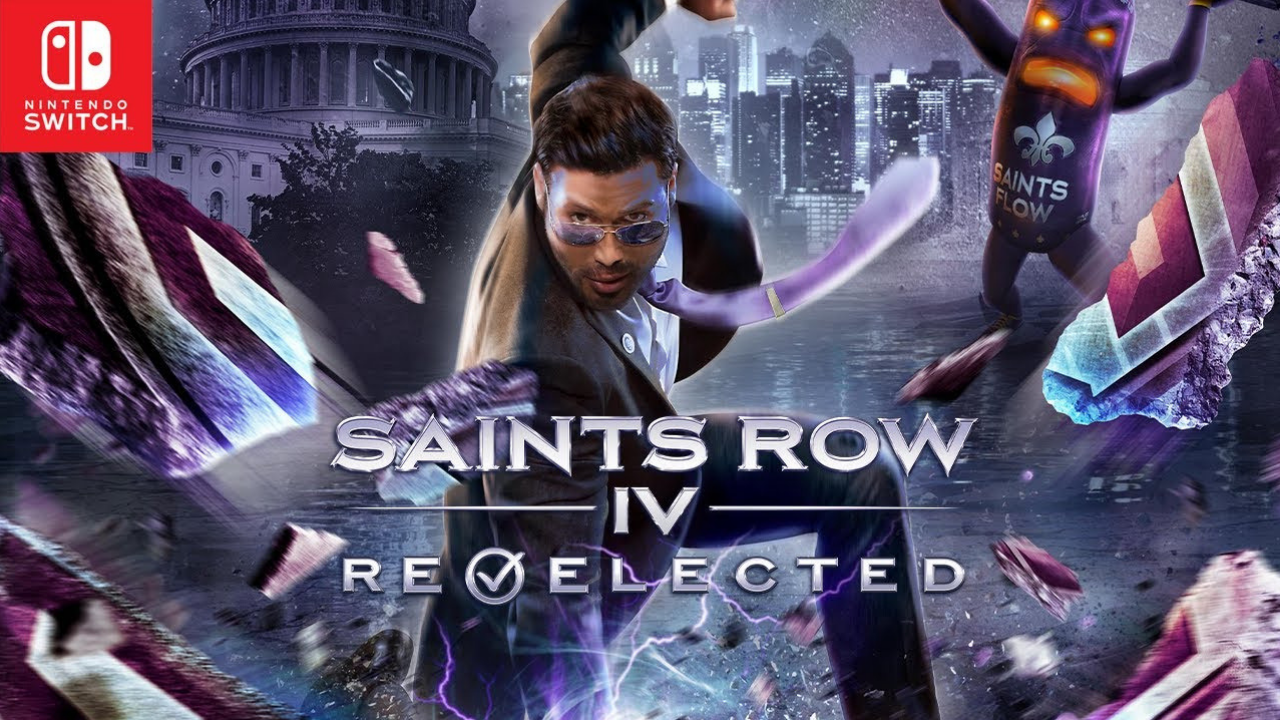 Deep Silver today confirm that Saints Row: IV- Re-Elected will be available for the Nintendo Switch on 27 March 2020 and pre-orders are now open.

The Nintendo Switch version of the critically acclaimed Saints Row IV comes with a massive 25 pieces of DLC. Saints Row fans who pre-order the boxed edition from participating retailers will also get an awesome Saints Row Presidential Pin Badge Set.

After a catastrophic alien invasion of Earth, led by the evil Overlord Zinyak, the Saints have been transported to a bizarro-Steelport simulation. With homies new and old at their side, and an arsenal of superpowers and strange weapons, they must fight to free humanity from alien granddaddy Zinyak’s mental grasp.

The Saints have gone from the crackhouse to the Penthouse, to The White House – but now it’s up to you to free the world from Zinyak and his alien empire, saving the world in the wildest open world game ever, playable for the first time on Nintendo Switch.

Key Features:
The American Dream – Play as the President of the United States in a wild story that spans countries, time, and space.  It’s up to you to free the world, now for the first time on Nintendo Switch™.

Super Hero-in-Chief – Leap over buildings. Kill people with your mind. Run through tanks. Those are just some of the powers on offer that you can wield in your quest.

Alien Toys of Destruction – Wield an impressive array of alien vehicles and weapons.  The Inflato-Ray, the Polarizer, the Disintegrator, and many more are all are yours to utilise.

For more information on Saints Row: IV- Re-Elected on Nintendo Switch™ head over to www.saintsrow.com