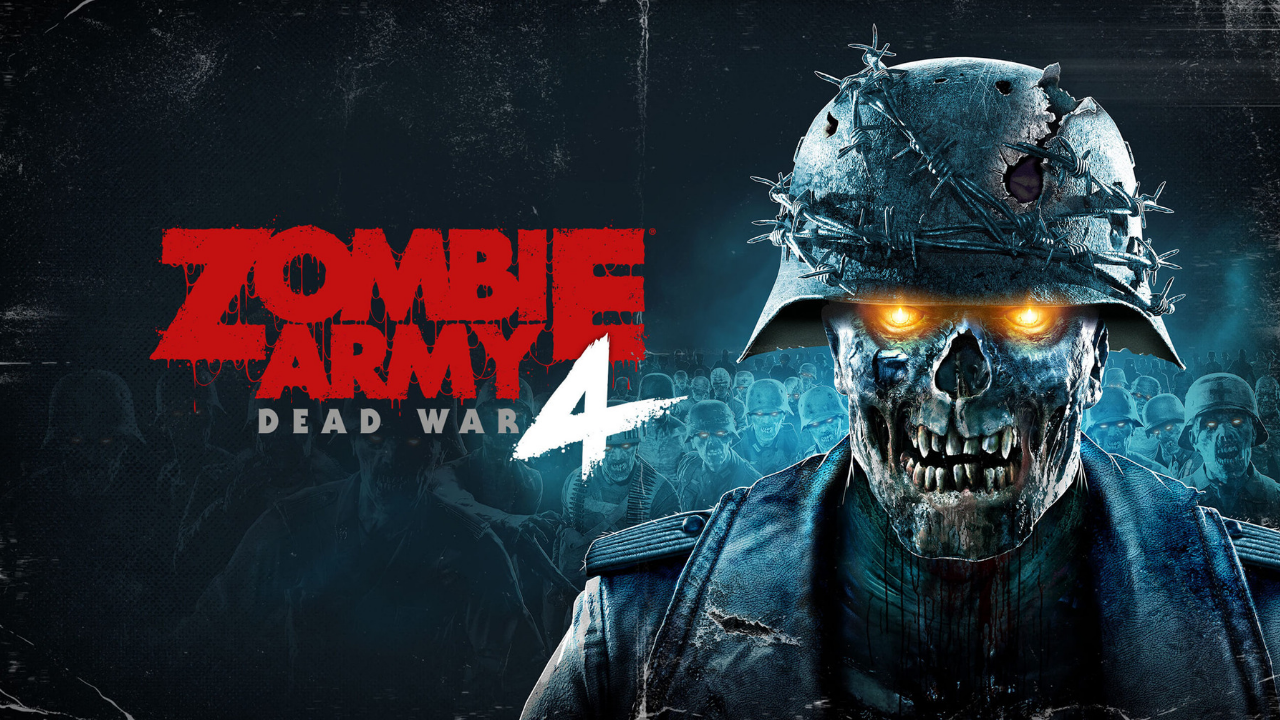 available now on Xbox One, PS4 and PC

Zombie Army 4 is actually my first Zombie Army game experience in the series, I have played plenty of Sniper Elite but for some reason this series has eluded me until now, hopefully Rebellion have made something worth my wait…

The plot in Zombie Army 4 is a pretty interesting one giving the game an alternative history with Hitler bringing an undead army to war and trying to take over the world!

Zombie Army 4 is clearly made by the developers of the Sniper Elite series with the same kill cam and third person view, this time however you will be trying to take down hordes of undead zombies. The kill cam seems like a feature that really wasn’t needed here and I did turn it off in the end as it got a little annoying, the sheer amount of zombies you are killing makes the kill cam a complete waste of time, popping off heads with the rifle and the zoom like in Sniper Elite is still great fun though. Third person view worked well here and for the most part the camera behaved well, only on a few occasions did it annoy me.

Aside from the story mode, taking on Hitlers dead army and defending the planet there is also a horde mode. This mode was pretty decent compared to other games attempts, the map opens up as you progress and it is more than a challenge to survive the waves. Guns and upgrades spawn further and further away and then you have to really consider if it’s really worth the risk. As with the campaign the difficulty here is really challenging and great fun with a group of friends.

The story mode while it has an interesting story but for the most part is pretty average and unless you are playing in a group can be pretty boring, this is where the strength of Zombie Army 4 is though, it’s great fun with friends! The zombies come in plenty of different variations including armoured, suiciders and runners to name a few. The standard ones can be easily killed but if you get yourself boxed in somewhere things can change very rapidly leaving overrun and needing every last bullet to fight your way out and survive. The game does have a tendency to sneak up on you when you think you are safe one will suddenly come at you from the side or behind, even when you kill them sometimes they will resurrect and sneak up on you! It’s constant threats like that which make you feel as though you are never safe.

Guns are all pretty good as well with the modifications being the main strength. There aren’t many to choose from with pistols, rifles, shotguns and machine guns all having a few different ones but it is the level of mods that can be done to each gun that really bulks everything out here! Players can also pick up bigger weapons like flamethrowers off the larger downed enemies but these encumber the character and can leave you a little vulnerable. Picking up weapon upgrade kits throughout the levels will allow you to upgrade weapons permanently at the workbenches in the safehouses.

Earning XP is also essential to upgrading weapons, as you level up you will unlock mod slots in the weapons in which you can then add more mods such as increase reload speed and extra magazine size to name a couple. Being able to fully customise your favourite weapon is a big plus and the way it is all laid out is very intuitive and not over complex. There are also options for different gun skins, charms and reticles.

Perk slots also unlock as you rank up and you can eventually have up to five slots open and activate up to five different perk including things like second chance which if you kill an enemy while your down you will be revived. There is actually a a few perks to unlock by reaching certain levels but even then the perks upgrade by unlocking certain requirements. The amount of different perks really adds a decent amount of replay value to unlock everything.

Something you may have noticed in the videos of gameplay is the kill multiplier and this is very important to add XP at the end of each chapter but also in game as well. Building the multiplier will unlock little ingame perks like a bullet time feature which slows enemies giving you a chance if you are getting overrun. The pistol perk requires ten headshots and it will allow an auto aim headshot on three enemies in slow motion.

One of the other things you unlock by killing is called a takedown, most will have guessed what that is but it’s pretty important in survival in this game as it is a good way to regenerate some health. The player will need to kill ten enemies before the takedown is possible though so it does have its risk. Health can be restored with med-kits that are scattered about but I didn’t find them as readily available as things like ammo throughout the levels.

We mainly went through the campaign on medium difficulty I have to honestly say the game is a challenge! The levels are well designed and it’s very easy to back yourself into a corner or dead end and get completely overrun and this is down to the amount of thought and detail gone into the level designs.

Visuals aren’t actually all that great on the Xbox One X, everything is very grainy but characters are gory enough and have enough detail to scare you when they get close enough. The options does allow you to either favour performance or detail and I went with performance as I couldn’t see much of an improvement in the visuals to make it worthwhile. Performance in the game was solid with no noticeable frame-rate drops, quality mode allows for 30fps whereas performance will allow a higher frame-rate so the choice is down to you in which you go with but fps has always been a little more important to me.

The options also allows use of mouse and keyboard if you want to use that on the Xbox and also in the menu there is options to smooth the mouse and accelerate it to get it right for how you play.

Sound effects and sound in general was probably for me the weakest part of the whole experience, the voice acting was very cheesy and guns really lacked that detailed punchy sound that you would expect. The sound isn’t horrible by any means and doesn’t ruin the game but it could certainly be improved.

Zombie Army 4 Dead War is a really fun game, not so much alone but with friends it’s great fun and a real challenge! The sheer amount of progression on offer here will keep players coming back and really adds replay value to the title. Level design is great and performance was solid throughout. Visuals were a little grainy and sound could be improved but this really is a solid game and extremely fun! The story isn’t all that interesting but playing through it with friends is definitely the way to go and when you are done wit that there’s also horde mode and also a weekly challenge mode.