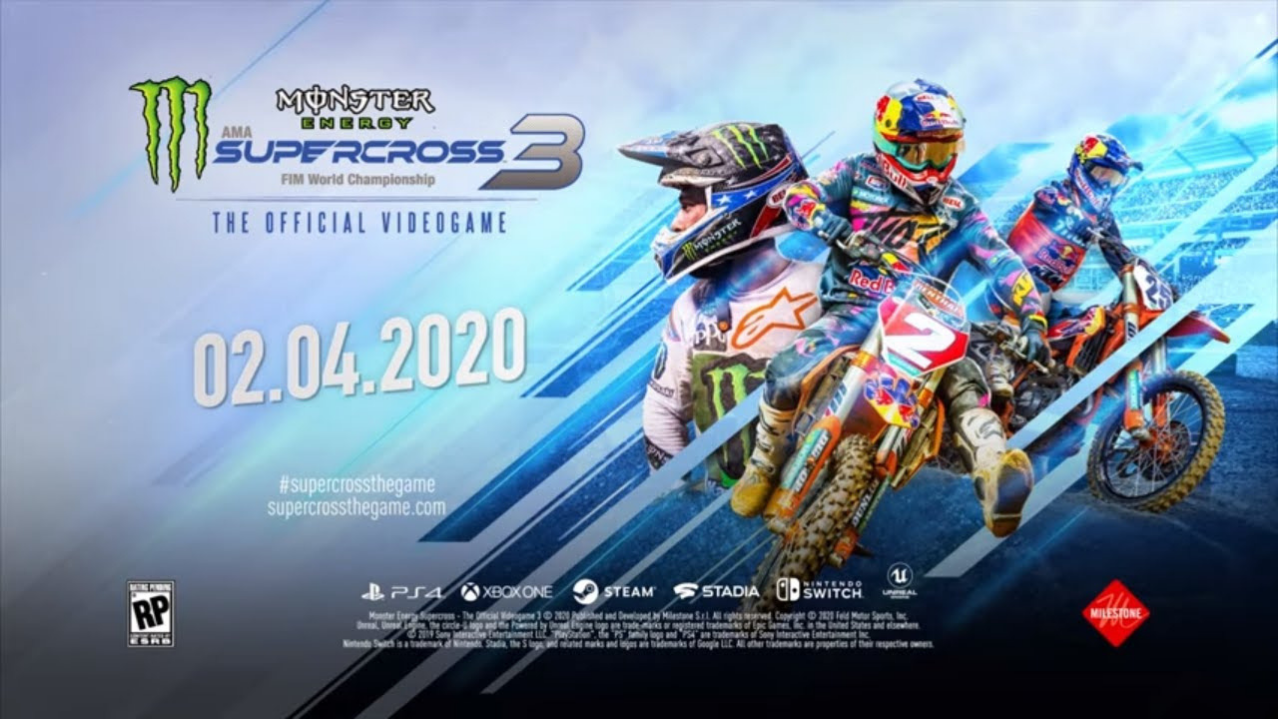 After missing the release of the second in the series I was eager to get hold of the third and see if the changes were worthwhile and improved the game compared to the original which we reviewed in the past, that review can be found by clicking HERE if you are interested.

One change I noticed from the original I played was straight away when creating a character, the third in the series allows you to either be male or female which is a great addition, the creation screen allows a fair amount of customisation including different faces and hair style, facial hair, tattoos etc. I was a little disappointed you couldn’t choose a certain hairstyle with a certain face but sadly they are selected together and can’t be changed.

In the original I remember you had to master the handling before the game started to really open up and nothing has changed for the third in the series! The handling is tough but once you get it right then things really start to open up and it becomes much easier to compete with the other riders instead of being left behind! I wouldn’t say the handling is over the top hard and for many will be a pick up and play but it may just frustrate some early on in the game. Don’t worry if you are new to the series though as there is some help in the “air flow system” this system basically gives you a racing line for the jumps until you master the handling. There is also an in depth tutorial for anyone really new or anyone wanting to just refresh.

On the bike there isn’t much room for error if you want to stay on the bike, hitting boards and barriers will most likely have you straight off and if you don’t hit a jump square on your likely to land in the total wrong place and probably end up coming off. Hitting the jumps right is crucial in having a chance in the race! Where the game challenges is with track layout, one section you will be bombing down a slightly rough patch, straight into a hairpin then into a jump so straightening up for the jump ahead and preparing is really important in having any chance in the race. The other thing you need to take into consideration is speed, hitting the jumps to fast will lose time and hang you in the air to long whereas hitting them to slow will mean you land short and either become unbalanced and fall off or just lose loads of time.

AI in the races was very strong and you will constantly see other riders coming off and struggling to make it round the course. They also take no prisoners with you either and will have no problem smashing into you and leaving you in a heap, this does however work both ways and they are not at all overpowered so that has to be a positive in what’s already a tricky game.

The rewind feature is something that I did find myself using a few times and it’s great that you can track back a fair distance. The only reason I didn’t really use it was when I was out in front as once you build up a lead it is hard to lose it, there is no real punishment for coming off as you will respawn within seconds back on the track and you will also ghost for the first few seconds once your back on anyway protecting you from other riders.

Visually the game looks great, I always liked the way the game looked in the original but you can see some improvements and one noticeable thing is the attention given to the riders, they move much more realistically now and react how you would expect. Some of the tracks look great and the mud and water look very realistic, physics seem to have improved in this version as well, I found the whole experience improved compared to the original.

Performance wise I have to say I didn’t notice any real lag or slowdown throughout even when there was plenty of other riders onscreen at the same time! As I previously mentioned in the preview we covered on the PC the podiums also look great with good animation.

Commentators sound realistic and have a few different lines to keep them from being repetitive but I do feel the sound effects from the bikes could be improved a little, they do sound like Supercross bikes but they all just sound the same and very tinny. Background music is ok and does the job but like the bikes it’s just ok.

The track builder adds alot of replay value, being able to make a track however you want, adding jumps, hairpins, etc then getting your mates to try and make it round or mastering it yourself never gets boring. There is plenty of different options to try out and once your done your best creations can be saved to race on another day!

Being an officially licenced game Monster Energy Supercross 3 carries plenty of big names throughout and there is plenty to unlock and buy as you earn valuable SX credits! Customising your character and bike are the two main things to buy and all the big names are available for all the Supercross fans out there!

The career mode was my favourite mode, winning championships and working my way up reminds me of the old V-rally days and is just something that still appeals to me. There is plenty of other modes including single events and time attack for anyone just wanting a quick race. There is also a challenge mode which put you in compound area where you can take part in ability trials to unlock exclusive cosmetic items. Anyone wanting to test themselves against other people there is multiplayer options available as well. Lobbies can be joined, created as well as private ones if you just want to race against your friends.

Monster Energy Supercross 3 is a fun game and will certainly appeal to bike fans. It’s a very fun dirt racing game with plenty of content, good performance and visuals as well as some challenging but good handling. AI is challenging and if you find that easy you can also pit yourself against some of the best by playing online! The track builder is strong and adds plenty of replay value to the game. Officially licenced bikes and brands are always a good thing and Improved rider physics & animations add to a pretty sim like experience. If you like Supercross I can safely say I’m sure you will find something you like in this latest addition!