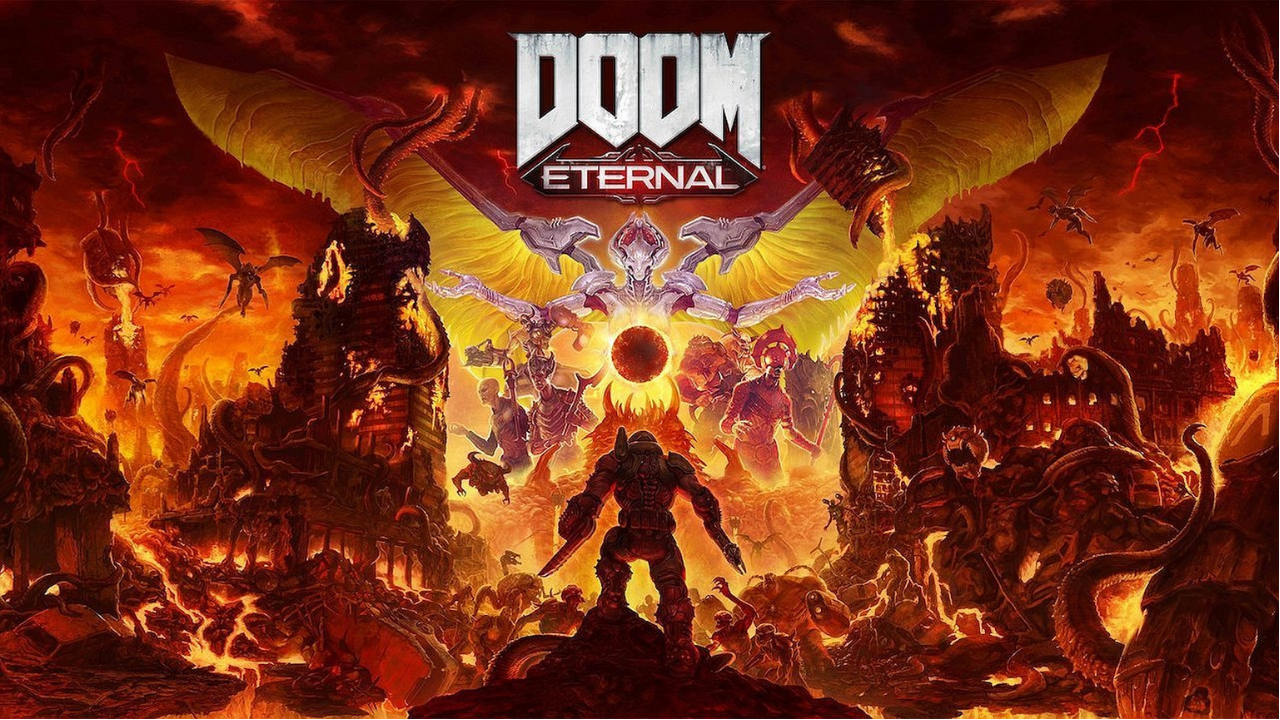 Doom Eternal is finally here and has to be one of the most exciting launches so far this year but has it been worth the wait and a worthy successor to one of the best FPS games ever released?

Any fans of the series previously will feel right at home when it comes to Doom Eternal, the game is clearly at it’s best when it has you moving around the level as fast and madly as possible and it just seems to get better and better as you go along!

Doom Eternal much like it’s predecessor is a leader in it’s class when it comes to going over the top and beyond, the gore is pretty intense and the sheer amount of violence on-screen will leave you needing to play the game well after the kids are sound asleep as walking into any of the scenes that are on offer will leave them with nightmares for weeks!

The level design and detail is great while sometimes can leave you a little stuck if you make a wrong turn into a crowded corner or corridor. Aside from this you will constantly find yourself shifting all over the level to stay alive using bars to swing from, dash ability and any other object you can jump off to try and avoid the barrage of fire from your enemies.

Doom Eternal gets the difficulty spot on!

The difficulty for me is pretty much spot on, not too easy that you will breeze through levels but also not frustratingly hard that your wanting to launch the controller at every death! There are four different difficulty settings and these can be changed while you are in-game if you decide that maybe a boss is to much of a challenge to defeat.

Eternal constantly has you improving along the way but just upping the difficulty enough to make everything feel fair while not having you completely overpowered and walking through the levels, although even if you are a bit of a Doom expert the harder difficulty levels are sure to test even the best around.

Enemies will require quick thinking and accurate weapon changes to actually do any real damage as some weapons won’t damage enemies hardly at all so weapon choice is absolutely key, this is something that can add to the games difficulty and trying to change to the correct weapon for a certain enemy while being attacked from every direction makes the game feel as frantic as that all sounds!

Weapons vary in many ways and the great thing is as you progress and gain access to new weaponry the others can also be upgraded and given a new lease of life, Shotguns with sticky grenade launcher being one of my personal favourites! Aside from the Shotgun there is enough selection to please most and some old favourites like the Plasma Rifle are on offer too. As you get nearer the end of the game there as some really powerful weapons but I won’t add any spoilers but will say they are worth the wait!

Ammunition will be something that the player will constantly need to keep an eye on and aside from picking it up from the floor which is spread around it can also be acquired by doing the special kill melee attack when your foe is stunning, this will have your character whip out his chainsaw and slice the enemy releasing both ammunition and health.

Some fights will leave you so depleted of ammo that you will need to leave the main fight with some of the harder enemies just to find a demon to take down quickly to gain some ammo or even health. Doom constantly has you thinking what to do when it comes to each enemies as only certain weapons will really damage certain enemies! The action on screen in some sections is relentless and you will need to use all of your skill and weaponry to keep yourself alive!

Even some of the more experienced Doom players out there will find themselves dying but the game can be very trial and error to find the correct way to approach some of the games more challenging enemies but this is what makes the whole experience feel so fun and tense all at the same time, in the whole time I was lucky enough to play through Doom Eternal one thing I can certainly say is I wasn’t bored, the game manages to keep you playing and is very addictive once you start unlocking things and delving into the games impressive story!

There is so much to do as you make your way through Dooms incredible levels that the game really does feel good value for money. There are so many upgrades and things to get such as weapon points, suit upgrades, mods and challenges just to name a few that it will keep player playing for ages!

Visuals are pretty gruesome but I don’t want to not mention the fact the game looks brilliant on the Xbox One X, there is so much love and detail gone into this game it really does look amazing. Performance was perfect throughout the whole play-through with no slowdown at all!

The last thing I want to touch on is the music and this is something that the original Doom got a lot of credit for, I remember players always saying how great the soundtrack was and in Doom Eternal things are no different, the soundtracks are exactly what you would expect from a Doom game with plenty of heave metal as well as some pretty disgusting sound effects, all in all making the sound in-game pretty flawless throughout!

Doom Eternal is up there as one of the best FPS games around, fans of the series will not be disappointed in anyway and it was an absolute blast to play through. Arena’s are tense, challenging, fast and frantic while not leaving you feeling frustrated or bored at any time. Progression is spot on and there’s is plenty to keep players wanting to come back and unlock as well as a solid multiplayer mode once the single player experience is complete.

One thought on “Doom Eternal Xbox One X Review”