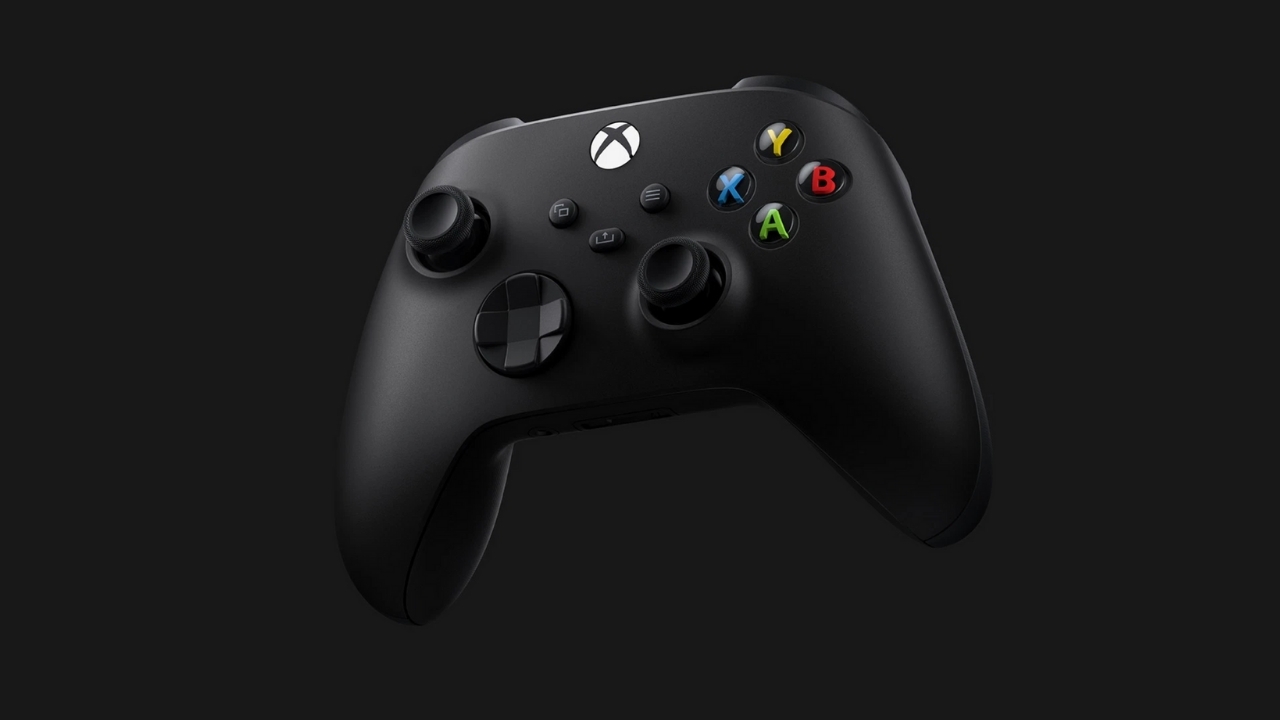 The Series X isn’t a million miles away so what better time to look the main thing we need to use while gaming! Microsoft looks to have adopted the attitude of if it isn’t broken don’t try to fix it.

The Xbox One controller is widely renowned as one of the go-to controllers purely because of its comfort, design and features so how does Microsoft improve on something that is already pretty great already? Add some little tweaks and features making the Series X controller just that little bit better without losing what they already had.

As screenshots of the controller show the main case and controller itself look very similar to the previous generation controller which can only be seen as a plus with the original Xbox controller already very comfortable. While Sony seems to have redesigned the controller for the PS5 completely and even dare I say it based it slightly on the Xbox design, Microsoft has stuck with their original controller design.

The first difference and it’s a great one for anyone wanting to use just one wire for everything is the addition of USB-C. Being able to charge from USB-C will make a huge difference to anyone with Macbooks and other newer tech as you will only need one wire to fit all, USB-C is also fantastic in the fact it can be plugged in either way so no more fiddling around when the batteries are running out trying to get the Micro USB in the right way! Moving into the next-gen this improvement was really to be expected but it’s great to see Microsoft confirm it with images released.

Small size adjustments to fit a wider selection of people

Microsoft has announced that the controller has had some size adjustments to accommodate a wider selection of people.

“One key area we’re improving is fitting a wider range of hand sizes, especially smaller hands. By accommodating hands similar to those of an average 8-year-old, we found we could improve accessibility and comfort for hundreds of millions more people without negatively affecting the experience for those with larger hands. We did that by rounding the bumpers, slightly reducing and rounding parts around the triggers, and carefully sculpting the grips.” “Building on what we learned from Elite and watching how people use the D-pad, we designed a hybrid to deliver the best of both. It feels great. The slightly deeper dish gives your thumb a nice little “home” to sit in. The angles are finely tuned to give you a good amount of leverage with minimal movement. Gamers will notice a performance boost right out of the box.”

The Series X will be much more compatible when it comes to switching devices as the controller will remember each device and enable the user to switch fast between them instead of trying to sync to each device every time! No more holding the sync button then going to the other device to sync! Thank you, Microsoft!!

The range of different consoles and equipment the controller will work with is still as impressive as before, the controller is completely compatible with Xbox One and Windows PC’s as well as iOS and Android via Bluetooth.

This is even more impressive when you consider Microsofts new streaming service xCloud coming later this year, this will allow users to play Xbox games on a tablet, phone or PC with the Series X controller!

A new feature that is very noticeable on the front of the controller is the dedicated share button, this button will stop the need to enter the Xbox home menu and enable players to capture screenshots and video footage at the press of a single button. Everything else on the controller itself seems very much unchanged when it comes to design, the d-pad looks to have adopted the same style as the Xbox Elite Series 2 controller but aside from that everything is unchanged.

New d-pad based on the Elite series 2 controller

“The new D-pad is about boosting performance and accessibility for all the ways people play. (And it’s one of my favourite parts of the new design.) When looking at the wide range of game genres and personal playstyles today, the D-pad is used in a lot of different ways. That’s why our Elite controllers have swappable D-pads. For some games, having crisp cardinal directions (up, down, left, right) with well-defined edges is what gamers need, and the cross is great for that. Some gamers need to hit accurate diagonals or perform sweep actions, which is where the facetted dish is designed to excel. And, of course, based on personal playstyles, some people just prefer one over the other.”

So will the new controller from Microsoft support all your old accessories or will everything need to be replaced? Its good news here again as all existing Xbox One accessories will work perfectly with Microsoft’s new controller!

One other area the connectivity will improve is in reducing latency. Microsoft is introducing a system-wide set of improvement s called Dynamic Latency Input or DLI for short. This technology is in the console and HDMI connection to the TV, starting from the controller information is sent more frequently from the controller and matched with the exact frames of your on-screen game. The results of this shave off precious milliseconds at every step of your gameplay meaning actions made on the controller show even more instantaneous than before!

This post will be updated as we get any new information on the controller from Microsoft. What do you think of the Series X controller and what would you have liked to see added? Comment below and let us know..