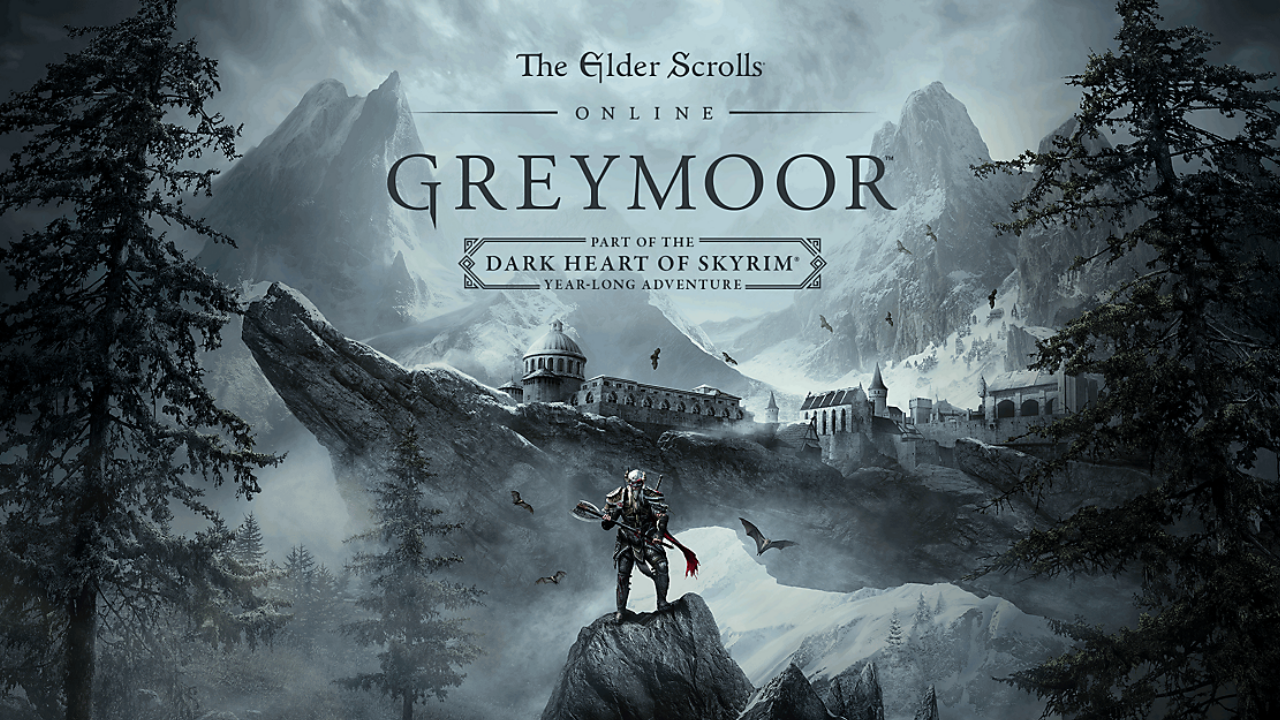 Available now on PS4, Xbox One and PC

Finally, the Elder Scrolls Online is treating its fans to a nostalgic trip back to Skyrim but how does it compare to what has to be regarded as one of the best games of all time?

Skyrim released back in 2011 and still to this day is a fantastic experience to lose yourself in, the world was full of adventure and loads to explore so getting to go back there in the form of ESO can only be seen as a bit of a win for fans.

In Greymoor your mission will be to investigate a series of disturbances in the region, vampires have become summoning massive harrowstorms that are infecting villages and causing its residents to become monsters known as harrowfields.

Sadly unlike Skyrim there won’t be any dragons to deal with but vampires take center stage in this latest expansion from Zenimax Studios. The story is well told and without revealing any spoilers it was a great experience to playthrough but does wear a little thin by the end.

The town of Solitude is alive with plenty of people to speak to and interact with and also lots of side quests to get stuck into, the main quest is what I personally focused on and even started a new character to follow it and give others an idea if it is even possible to jump into The Elder Scrolls Online now if you haven’t played before.

I am glad to report that even if you have never played the game before you will be fine to start here but at first things can be a little daunting, especially with all whats going on in the menus and everything on the map. It is worth a quick watch on youtube if you do get a little lost and get a better idea of what skill points to use and what abilities to enhance.

The new zones Blackreach Caverns and Western Skyrim only take up a small portion of the map and most of the Skyrim world is actually missing, cities like Whiterun, Riverwood and Dawnstar are nowhere to be seen and we can only assume that maybe these are being held back for future expansions.

The Blackreach Caverns is certainly the star of the Greymoor expansion, this massive underground space looks fantastic with lots of detail and very believable surroundings. Players will spend most of their time in the depths of Blackreach and this isn’t a bad thing at all if you like dark and immersive!

While some may not be fans of the dark and dingy Blackreach Cavern the public dungeons on offer down there are a blast! It can be a huge challenge and feature a good amount of enemy variety and challenging battles, away from the main story this a great place to just have some fun with friends.

One frustration I did find while playing was the 2D map at the top of the screen, I never remember it being this bad in Skyrim but it can be frustrating to use as it doesn’t take into account the elevation of the waypoint you are looking for and instead just focuses on the direction so in places like Blackreach Caverns you would constantly find yourself running to a waypoint and ending up under it or on top of it because the map only shows the direction and not what height or anything it is on.

The story throughout Greymoor is well told and what we would expect from ESO, there’s no cutscenes or anything but you can interact with most people and they all have impressive voice acting to listen to and interact with.

The vampire skill line has been completely overhauled for the Greymoor expansion, getting a new assortment of skills and abilities that can be used. Just remember that vampires are extra vulnerable to fire and any non-vampire abilities cost more in stamina and Magicka so before you decide to become a vampire that’s worth bearing in mind. I started with a new character and chose to go with the Necromancer so I could fully turn to the darker side with vampirism as well.

The new system added to Greymoor is Antiquities, this system is a type of mini-game and in my opinion not a great addition to the game. Antiquities are a type of treasure found around Tamriel which you will need to find and then excavate. While the system is a good way to acquire powerful weapons and items its the actual mini-game that’s a little boring and a bit of a chore to play.

Once you find a dig site through Antiquities you will need to scry for the item and then it will show the dig site on the map, once you find the dig site you will then have to excavate the items. The scrying is a little complicated at first but again it’s worth checking out a video on youtube to get the basics if you didn’t really get what to do from the tutorial.

The dig site is like a game of battleships and will need to click around the dig site until you find a section that glows green or yellow rather than red, this indicated the treasure should be under that block somewhere, yellow means you are close but green shows it’s under that block at a certain level.

The mini-games main strength is finding some powerful gear and it’s great when you do it’s just the way you get to it that’s a little boring and maybe needed to be fleshed out a little more.

The good thing about the dig sites is the fact it gets you exploring the land and the beautiful world in Tamriel. There is plenty to explore and you never know what you might come across while doing it which is something I always loved about the Edler Scrolls games.

Visually Greymoor is great to look at and fans will really appreciate being able to revisit Skyrim even if it is just a small section of it, the harrowstorms look amazing as they form in the sky above and the cast of characters are well written, different and with brilliant storytelling and voice acting making Greymoor one of the better expansions so far.

The game engine still has plenty of life although there are times where textures pop-in and out and characters when first talking to them will sometimes show very blurry until the textures pop back in but this is something I have become used to as most other ESO players probably have as well.

Greymoor is one of the best ESO expansions to date, revisiting Skyrim is fun and this isn’t just down to the nostalgia of being there again. Characters are entertaining and all have great stories and voice acting, environments are beautifully designed and full of life and harrowstorms look particularly impressive forming in the sky above. The main story is great to play through but does fall a little flat towards the end and the changes to the vampires won’t please all. Blackreach Cavern is a massive immersive underground maze to explore and looks fantastic. The old 2D style map is starting to suffer by only showing direction rather than elevation as well, this is very apparent when playing in Blackreach Caverns with it’s up and down sections. All in all, Greymoor is a worthy expansion and worth playing if you are a fan of Skyrim and want a new little trip back there.