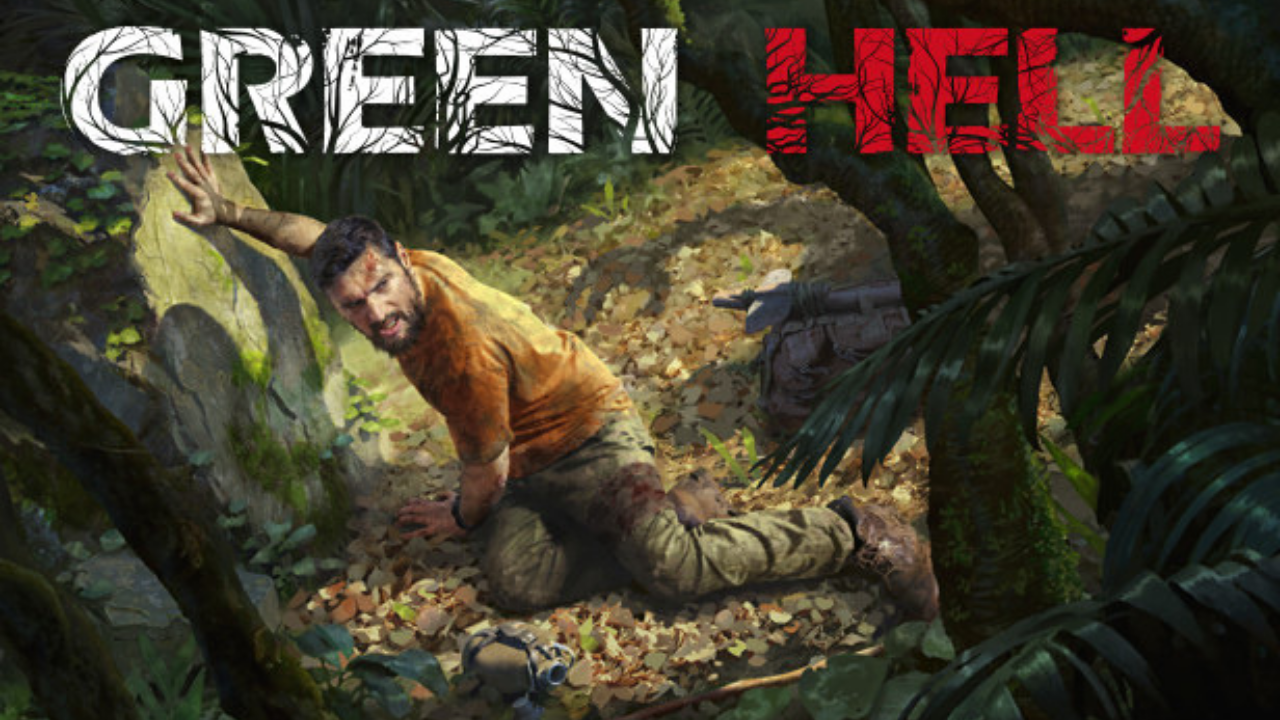 Another survival game I hear you say?! Yes, we have plenty of these available but I had heard good things about Green Hell so I thought maybe I need to check this game out, still to this day one of my most played games was 7D2D so I do like a good survival game but since that game, I have found nothing that really compares.

Green Hell is a very different game to 7D2D especially with the fact it doesn’t use the normal formula of zombies! Here nature and mad tribes are your main threat as well as your own head. Green Hell is set in the Amazon rainforest and players will take the role of American Jake Higgins as he searches the depths of the forest in search of his missing wife.

There are a few different ways to play but honestly do yourself a huge favour and start with the tutorial and then story mode, jumping straight into the survival mode will most likely leave you completely lost with no idea where to even start!

The difficulty level here is pretty epic but thankfully it can be adjusted which many will find a bit of a relief as the nutritional demands of your character can be a little overwhelming especially when just starting out in the world of Green Hell. The story mode took me a little under fourteen hours and it was a great way to really understand the game before entering the survival only side.

I won’t go into much detail about the stories plot as it will utterly ruin it but it is a really good experience and will really put Jake and you through your paces! Aside from a strong story throughout that will totally engross the player there are also multiple endings which are great news if you want a bit of replay value!

The usual survival aspects are all here such as food, water and rest but Green Hell goes a little further and adds in things like carbs, protein and fat to get Jake in his best position to fight off whatever lurks in the rainforest. Food and water are readily available all over the place but if you should actually consume them is another thing altogether, water from lakes will be unsafe and the I won’t even go there with the mushrooms! Coconuts are a great source of both food and water but you will need to prepare them before they can be consumed, skinning it first will allow you to drink then opening it to eat the coconut flesh left inside.

Aside from these stats, there is also insanity and infections from untreated wounds, it won’t be long before you are frantically looking for certain items to be able to craft the essentials to keep Jake alive! The insanity feature was a little strange, seeing hallucinations and hearing strange voices added a really creepy feeling to the forest, nice change to the usual survival aspects.

It’s possible to keep an eye on Jake for injuries or even critters attaching themselves to his body by inspecting his whole body, the option inspect will allow players to check each limb removing leeches or any other bugs or bandage any cuts that need covering and healing.

Players need to take bites in Green Hell very seriously as they can really spell the end for Jake, preparing before you explore out is essential as with most survival games, making antidotes and bandages are key if you have any hope of returning to your basecamp!

As items are collected they will unlock new recipes in the item book, from here players will need to check the book for the items that they need to craft items. Once all the items are collected it’s a matter of opening the crafting table and putting the items on it to eventually craft into the item you need or want. This can all feel a little daunting at first but it does get easier once you have crafted a few times.

I played Green Hell on a 5700XT, 3700X and 16GB of ram at 3440x1440p. The game ran smoothly at 50-60fps on high settings without many frame drops. Green Hell does look amazing and the level of detail put into this rainforest is really something to look at. Lots of different plant and tree variations really add depth to the forest and even little things like when cutting a tree seeing the bark disappear add much to the immersion.

Green Hell is certainly a game I can easily recommend to any survival fans, the difficulty can be tuned to how you want it and the story is great to play through and a really nice addition to just surviving which is the route most other survival games go down. The voice acting throughout the story was impressive and the immersive sounds from the jungle really add a lot to the immersion and the feeling that you might actually not survive in this hellish place!

Green Hell is another survival game with plenty to offer and differs to many others already on the market! A great story with excellent voice acting and an engrossing plot give it a real edge over other survival games out at the moment. The usual survival mode is also available and the rush to setup camp and protect your character is all there with plenty of things trying to kill Jake including the insanity feature, hearing voices and seeing things really make this an immersive experience. Great visuals, performance and sounds round off a really solid game in the survival genre.