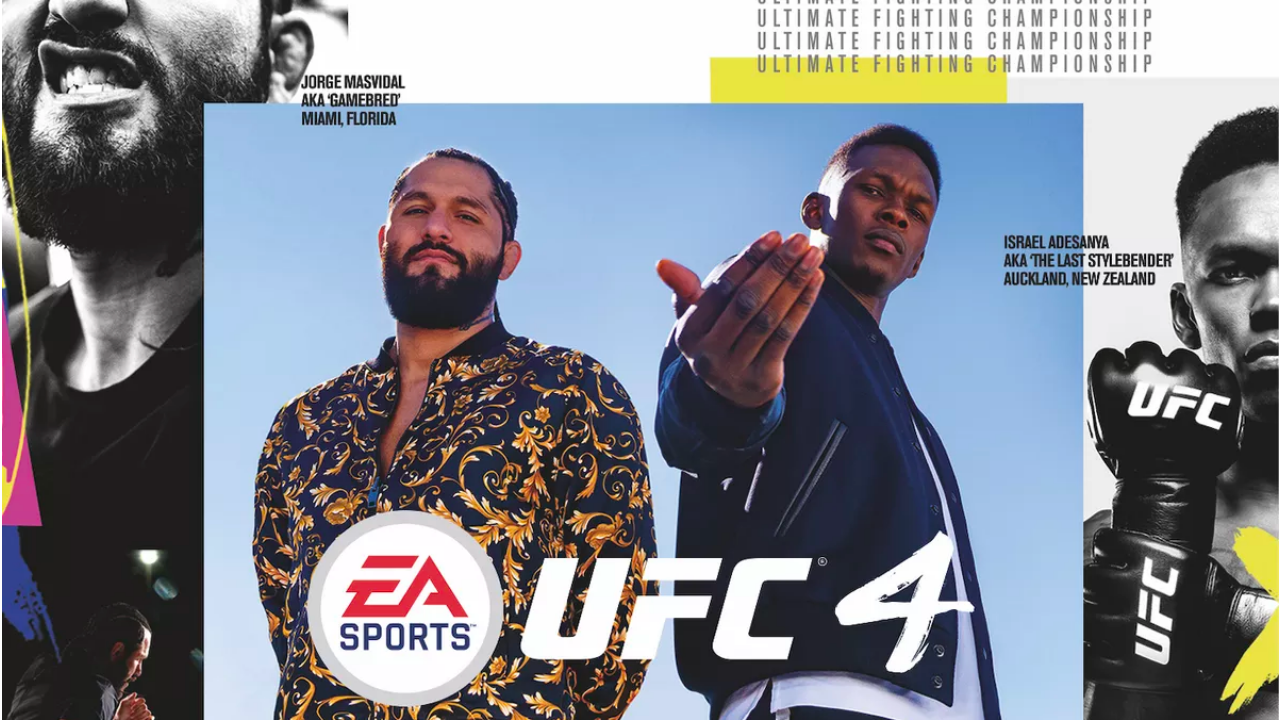 Available now on Xbox One & PS4

So UFC is back again this year with the fourth instalment in the series but this year’s version includes some very interesting and popular characters to what was an already very impressive lineup but is it enough to appeal to all fighting fans alike?

Since the days of Fight Night I have always wanted a decent boxing game but sadly that never came, well that’s until now! EA have included some real big hitters with this years UFC 4 and it can only be seen as a massive positive for the series!

The addition of top boxers Anthony Joshua and Tyson Fury can only be seen as a massive plus for boxing fans and UFC fans alike! This option with these two even gives players the opportunity to set up the big long-awaited Fury vs Joshua fight that we are all yet to see!

One thing you will instantly notice here is the visuals and EA has done a fantastic job of character models will all fighters looking fantastically realistic with realistic sweat and blood pouring from their worn bodies throughout the vicious fight they are involved in.

The actual fighting in the game does feel as though it has improved but UFC 3 always felt pretty good when it comes to actually brawling although this is far from a game you can just smash buttons as in no time your stamina will be gone and punches that even connect well will do no damage at all so timing and carefully waring down your opponent is key to winning the fight.

The grappling for me in the previous game was something I personally tried to just stay clear of as I just couldn’t seem to get it right, with UFC 4 however I really like the submission system which involves you trying to cover your opponent’s coloured bar by chasing it in a small mini-game until you or your opponent fills their submission bar. It is a very simple but fun way of implementing this into the game and for me anyway, it just works!

Aside from taking control of some of the stars around today, there is the option to completely start from scratch and make your own fighter and fight your way to the top. Choosing your character with their own fight style, look and attributes helps to keep the game feeling fresh and fun and the career was great fun working my way up from the bottom to get a professional contract and fighting eventually in the Octagon.

Career mode would be a good place to start for anyone new to the series as your trainer, an ex UFC fighter will teach you the basics before you go out into a few amatur fights before you try to reach the bigtime and take on some of the worlds best. The start of the story will just give you some idea of how to actually fight and what buttons do what, this will be essential as I already said as button smashing here just won’t work.

This is where movement blocking and grappling will all play a massive part and also choosing what to focus on when training your fighter. Once you get a pro contract you will need to accept fights that are put your way and then decide the amount of time to at the training camp before a fight. The training camp gives a few options on what to do such as watching videos of your upcoming opponent to learn their style or some of their moves as well as actually training which includes bringing in a sparring partner, be aware though this does pose a risk of injury if you are not careful so sometimes just practising on the bag is the best way to train and focus on what to improve.

The bag aside from being a smaller risk of injury can’t give your fighter what a real sparring session can and this is a trade-off to be thought about. Not only will sparring improve your fighter more it can also be used to learn new moves from other fighters so it does have major benefits over the bag.

This year’s game has done away with the let down that was Ultimate Team, instead, micro-transactions are for cosmetics only. XP can be earned by completing set challenges but if you decide spending your hard-earned cash on in-game items is a good idea then the option is there to purchase coins with real money but I wouldn’t encourage it, it’s your money though…

For me, the best mode was the story mode but using fighters like Connor McGregor is always an appealing prospect, the great thing is even using these fighters in the normal fight mode will gain XP so you always feel like it is something worth doing. Taking my fighter up into the Octagon was great though and improving them into the fighter I wanted them to be was great fun. The multiplayer here was also very solid but make sure you have some of the more advanced moves and submissions mastered as it can be pretty brutal against others out there.

The sound throughout was solid with voice acting and facial animations both really great. Music and commentary were more than up to the job with plenty of recognisable songs in the background as well as a fair few to chose from for your fighters entrance music.

UFC 4 isn’t massively different to UFC 3 but where it is it has improved significantly, graphically the game looks fantastic and the roster is very impressive even including fighters Anthony Joshua and Tyson Fury. The combat feels very much improved and the ground combat is now much easier compared to the previous game. Standing combat still hits hard and can be really felt when a connection lands clean, blood and sweat flying off and all over the canvas! The career mode is good fun and taking your custom made fighter from the bottom all the way to the top is very addictive with plenty of options and attributes to choose from. Sound throughout was great, lots of licenced songs as well as decent voice acting and commentary. UFC 4 is a solid upgrade on UFC 3 and I can happily recommend it to any fighting game fans out there as there will be something here for most.