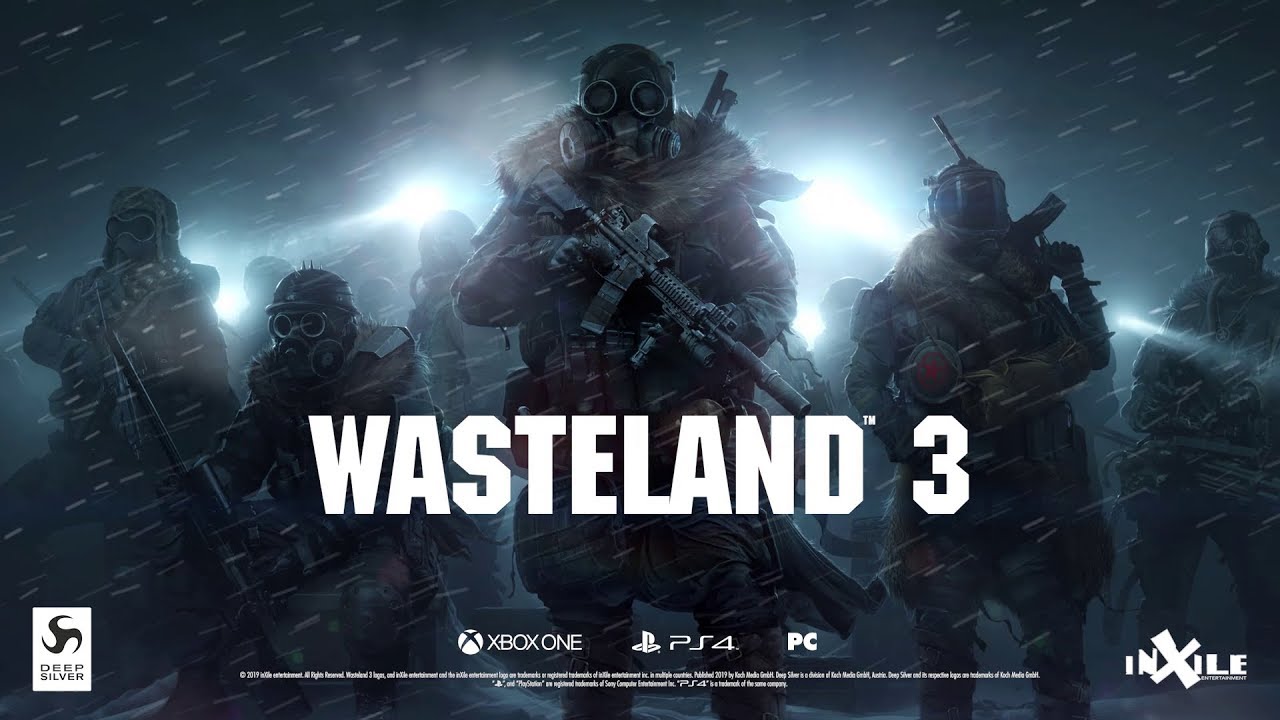 Available On PC, Xbox One & PS4

Around five years ago Wasteland 2 was released, finally Wasteland 3 is here and even available on Xbox One Game Pass..

I really wasn’t sure what to expect with Wasteland 3 as I hadn’t ever played any of the previous games but the chance to explore a game that is a rated so highly especially in the RPG department was something I didn’t want to miss out on.

The first thing that struck me about the game was the amount of decent voice acting, it’s solid throughout and great to not have to continually read the masses of text on the screen.

The responses you make do give different replies and affect the way the game plays out so choose your answers wisely!

There are also plenty of cutscenes all with solid voice acting, sometimes you may get a little shock as the game doesn’t hold back when it comes to gore! One cutscene I was watching was fairly calm, someone casually explaining how they were going to chop my character to bits only for all of a sudden their head to get blown half off and blood splattered all over the screen!

The gore doesn’t end with visuals either there are plenty of times that you will be told in depth about things like when I was talking to someone who had helped me, they go to get up after being slouched against a wall only to be told their intestines had fallen out all over the floor and they are now dead! The game really doesn’t hold back when it comes to gore!

Combat is turn based and making the right moves is essential in survival.

The combat is turn-based and reminded me a lot of XCOM, you have a party of characters all with their own special abilities and weapons. The characters as you progress through the game will rank up and improve and this is where the RPG aspect of the game comes in.

I won’t go into the story too much as I don’t want any spoilers here but I will explain the story right at the start just to give you an idea. You are a bunch of Rangers that have travelled to Colorado called by a leader of the area called Patriarch. Patriarch has three children who have all gone against him and it will be your task to bring them back to him ALIVE!

I won’t go any further into the plot as it may start to ruin it, the story is a really good plot and well worth playing through for anyone who is a fan of this type of game as well as exploring all the RPG elements of the game.

I have already said about how good the sound is but didn’t go into the visual side of things, I am fairly impressed with how good the game looks, there is plenty of detail and the environments really do look great with plenty of variation and detail throughout.

Performance was solid throughout with no slowdown

Performance is the last thing I want to touch on and to be expected this game wasn’t that taxing when it comes to the performance and the Xbox One X gave a solid performance. There were no frame rate drops and everything was smooth throughout.

Wasteland 3 is a really solid game and experience for any RPG fans out there and easy to recommend, there is a very clear attention to detail here and the developers have done a great job!

The story is great and voice acting is really strong. The combat is solid and accurate, constantly making you think and plan ahead to try and keep your character alive. There is plenty of customisation on the RPG side of things and will keep players progressing for months to come!

Wasteland 3 is a game full of great combat and choices that actually effect the games outcome. Great voice acting and plenty to do and lots of RPG elements to play around with make it a great game for any RPG fans out there. Wasteland 3 is also available to members of Game Pass making it more than worth trying and once you get into the the way the game plays it’s a game you are sure to come back to!