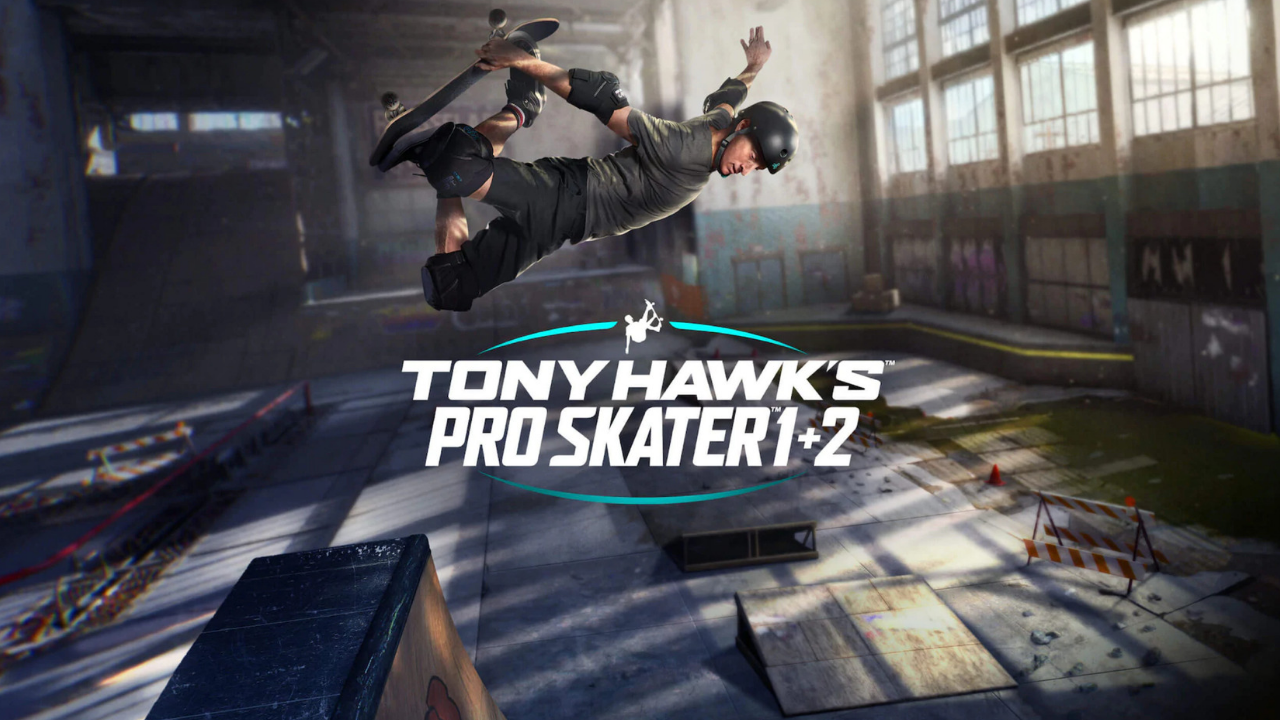 Available Now on PS4, Xbox One and PC

Some games should just be left in the past but Tony Hawk’s Pro Skater 1 + 2 Remake is game that both new and old generation gamers will both appreciate, it’s one hell of a nostalgia trip if you played the game back in 1999 and 2000 respectively!

In a time when we just seem to be replaying old remade games, we got the news that another classic was on the way. Tony Hawks Pro Skater 1 and 2 were two of the best games ever released and even today the gameplay still feels amazing but with the full remake we are treated to the same gameplay but with faster smoother gameplay as well as beautiful visuals that bring the game into 2020 with a bang!

If you haven’t ever played either of the games then there really isn’t a better time to get playing but if you have you will really appreciate what the devs have done with this classic as it isn’t just a reskin with wonderful visuals and performance.

Aside from the way the game plays you will notice straight away from the opening video that THPS1+2 has plenty of different characters to choose from which have all of course been remastered for this remake.

One thing that did really impress me was how true to scale the different levels were from the old original games, everything just feels the same but looks much better up with today’s visuals. The lighting, in particular, was pretty impressive and really brought the game into today, while not looking quite as good as some of today’s sports games THPS1+2 still looks the part and plays fantastically.

The different levels, there are plenty of them all have a decent amount of variety to them and all are great to play and explore without ever really getting boring. The games can be played through one at a time but you can access either one from the start so the choice is yours which levels you tackle first.

Maps also have stat points hidden around the levels and these can be collected to improve the skater’s stat points, I personally played through the levels of the first game and collected some stat points before tackling the second game but as I said this choice is totally up to the player in what they decide to do first.

Aside from stat points you will be able to earn credits to spend on different accessories for your skater such as clothing and different boards etc. There is a great selection of different board designs, grip tapes and even wheels when it comes to the actual skateboard. The characters can customise anything they wear as well as add tattoos so there is plenty to make the character your own and the ability to make your own character from scratch is another great feature.

Completing each levels different goals will reward both XP and credits to unlock different items for your characters as well as also unlocking new levels to playthrough.

One new feature to this remake is the challenges section which also rewards credits to spend. These challenges are things that sometimes you won’t even know you have done until you see it pop up telling but others will be things like performing certain signature moves for the skater. All the challenges can be tracked so you can pursue a certain one if you wish. Each map and skater also has it’s own challenges, meaning there is plenty to do and unlock before ever even getting near to collecting everything the game has to offer.

Sound throughout was great with the music in particular bringing back some memories! It isn’t all old music and younger players will certainly recognise some tracks from artists like Skepta. The sound effects are what you would expect from a skateboarding game, grinding while balancing down a rail also sounds great as well as the crunch as you stack it trying to score a massive combo!

Onto the gameplay and it has to be considered as the games main strength! THPS1+2 plays fantastic, moves are fast and accurate but at the same time if you don’t want a million different combination moves in your head button mashing will do just fine! I remember playing this when the original version came out all them years ago and there was a real sense of achievement in stringing a massive combo together, the remake is really no different! The remake allows players to play as the original game with no added moves to help string things together but I found having this on really made the game feel much more fluent and pushed the scores through the roof using things like manuals and wallplants to add to a combo score.

Upgrading characters makes a real difference to gameplay and really speeds things up, new moves can be assigned and the button combinations for whatever move you decide to assign to the character can be chosen by you which makes it a little easier to keep track of the combinations while trying to pull off some of the more skilful moves and earning more xp and credits.

THPS1+2 is just a great game to pick up and play, it isn’t too involving and it is just one of the games that you can just play a few levels, clear a few challenges and walk away from only to come back to shortly later because it is so addictive! It’s hard to explain but you will find yourself coming back and just trying to beat a score or grab that secret tape you have been trying to get.

While not spending alot of time with the creator mode it really is a great feature and there is plenty of options to create your own park! Ramps can be pulled to certain shapes and there is plenty of space tocreate your dream setup for you and friends to try and master, it’s great skating a park and this option certainly gives the game massive amounts of replayability.

Tony Hawk’s Pro Skater 1 + 2 is a great game and a real blast from the past with massively improved visuals, performance and controls! Players who managed to play the game back in 1999 will really appreciate the effort that has gone into this remake and it’s well worth playing again now in 2020! New players will also find something well worth their time here as well with plenty of different parks and challenges as well as a solid park creator that adds plenty to replay-ability! THPS is just a fun game that will constantly have you coming back to just try and beat a score you just can’t seem to beat or master a massive combo to score big points. Big pat on the back to the devs for bringing this back into 2020 and having it up there with some of the best sports games around today!