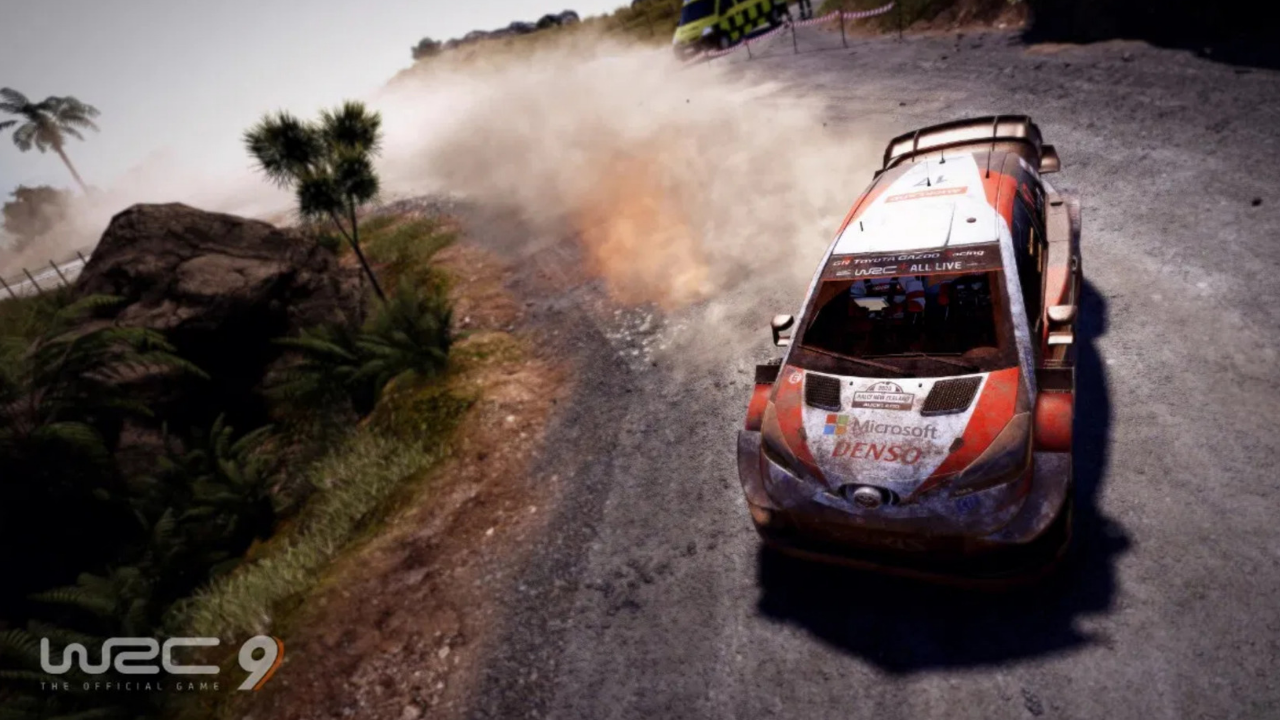 WRC 9 is here and again going up against the king of rally games which is the Dirt series, will WRC 9 be able to build on what was a solid instalment with WRC 8 and will it be worth the upgrade for WRC 8 players?

It has to be said WRC 8 was a real step forward for the series when it was released and finally gave the Dirt series some real competition. WRC 9 does build on its predecessor but sadly isn’t quite the same huge jump forward that the previous game was. This isn’t to say WRC 9 is bad but just shows how much of an improvement WRC 8 was.

A sticking point for most people when it comes to rally games is the games overall difficulty, after speaking to many people a fair majority just find the gameplay of the Dirt series just that bit too difficult and this is where WRC 9 pulls ahead of Dirt as the game is slightly easier for casual gamers like me and doesn’t require the player to basically be a rally driver to get through the whole course.

WRC 9 isn’t just really easy though and will still require a certain amount of skill to navigate the stages without writing off the car, the handling feels just right and has a fun arcade feel to it while still retaining enough realism to please most of its sim drivers.

The physics out on the stages are very solid too and all these little tweaks to the way the vehicles handle make it a really solid driving experience. The road surfaces also make a big difference to the way the vehicles handle with water causing cars to feel out of control as you aquaplane towards the next corner with very little control! Snow is also pretty lethal and without constant concentration, it won’t be long until you find yourself up close and personal with a tree.

While the weather is being mentioned it probably worth talking about the game’s visuals. WRC 9 looks fantastic and with all, it’s fully licenced vehicles and gear the whole game looks brilliant, the weather effects are impressive as rain drips down the front of the screen as well as massive splashes as your car ploughs threw some of the huge puddles out on the stages.

The lighting effects are great and the sun shining through the endless amounts of trees looks fantastic as does the near-impossible night racing! Turn the lights off and put it in cockpit view and you won’t be seeing an awful lot!

The game looks great as does the damage on the cars, terminal damage on the car is only a couple of crashes away so keeping the car planted to the track is essential in making it all the way to the end of the race in one piece.

There is a large selection of cars available to try out and master including older classics like the Audi Quattro as well as the more modern but mental Porsche that will really test your rallying skills. The great thing about all the different cars on offer is that each one feels different and you can clearly feel the back end slipping in an RWD car compared to an AWD rally monster.

Cars all look fantastic all are complete with logos to push realism through the roof. The realism doesn’t stop there though with the sound also proving itself to be very good. The cars all sound fantastic and very realistic with plenty of pops and bangs along the way.

When starting WRC 9 I jumped straight into the career mode and it did remind me very much of WRC 8. You are given control of your own calendar and choose what events you would like to participate in with each event providing different rewards. There is also an upgrade tree in which you can upgrade your team and spend hard-earned points.

The career mode does a pretty decent job of keeping you playing and gradually completing different stages while improving your team, it’s great to see racing games adding this as it stops things from getting stale and repetitive, F1 2020 was a good example of this and the career mode really pushed that game forward allowing players to start their own team up and gradually work your way to the top of the pile.

Events will earn money, experience, reputation and morale which will all aid pushing your team forward and progressing in the career mode.

Aside from the career mode, there is plenty of others to play around with including time trials and multiplayer to name a few. The test tracks are a decent way to try out some of the different rally cars on offer and really push them to the limit while also improving your rally ability in the process.

WRC 9 builds on everything that WRC 8 did last time around which is great news, has it hit the highs of Dirt yet? Probably not but it is pushing closer every time and you can only feel that a couple more releases might just push it up there to the very top especially with Dirt 5 coming away from the more simulator style racer.

WRC 9 is a solid improvement on the previous game from Nacon and KT Racing and while it isn’t the massive jump up in quality that WRC 8 was it has improved many things to just make things feel just that little bit better. The visuals are fantastic and the audio is spot on. For me, the main improvement is the handling and physics and while WRC 8 was not bad by any stretch WRC 9 just feels more refined and tightened up. If you like rally games WRC 9 is a solid and worthy addition to your collection, is it on the same level as Dirt 2.0? Not just yet but if the devs keep on improving the game the way they are it won’t be long until maybe we have a new rally king.