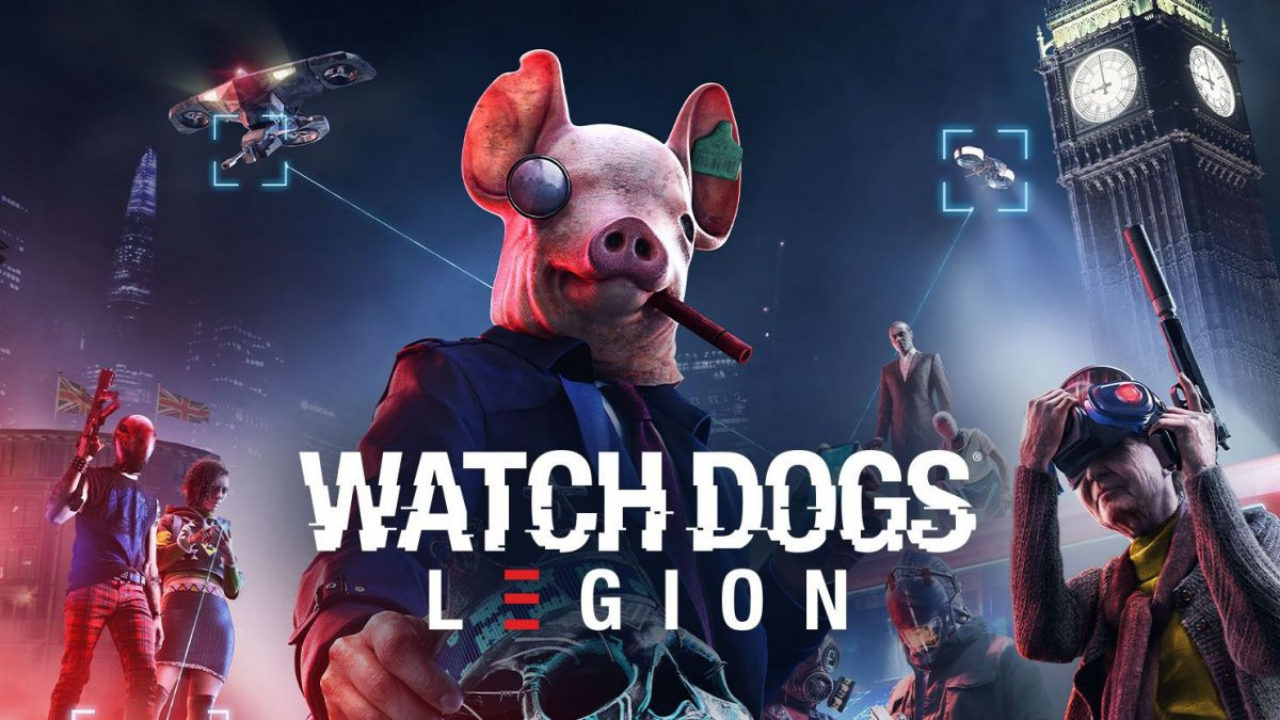 The next generation of gaming is finally nearly here and with Watch Dogs: Legion we get a sneak peek of what to expect at least with the gameplay side of things before the launch of the next consoles in the coming weeks.

The original Watch Dogs was a game that showcased some of the PS4 and Xbox One’s graphical potential and it seems fitting that Watch Dogs: Legion will be showcasing some of the Series X and PS5’s graphical power especially with ray-tracing. On the Xbox One X, it isn’t a bad looking game at all but we honestly can’t wait to get playing on the next-gen consoles to see how much a difference they will actually make!

Set in future London Watch Dogs: Legion aims to please UK game fans with a realistic setting in possibly the most iconic place in the UK and for the most part the game portrays the city fantastically. London buses and futuristic cars can be seen everywhere as well as a busy living city to explore.

London isn’t quite the same as real life as its set in the future but compared to other games I can’t personally think of anything else that compares especially looking this good even on current-gen hardware. Driving on the right side of the road is a nice change but you will be amazed quite how many times you will accidentally go running to get in the wrong side of the car with it actually being on the right-hand side for once!

Starting the game as a Dedsec agent the story unfolds as Dedsec is framed for multiple terrorist bomb attacks across London. From here you will see the character your controlling doesn’t actually survive and this is where Legion get interesting as characters in the game are all very different and all playable! That’s right every character in the game can be recruited and then controlled, each one with their own set of special skills, gadgets and weapons.

A feature that really adds a sense of loss if you do die with your chosen character is permadeath, this can be turned off but it really does make you consider your actions in the game world with it turned on as losing someone you have worked so hard to recruit can really feel like a big loss. Recruiting different agents to Dedsec is interesting and the fact anyone can be recruited is fantastic, once recruited switching your playable character is just a couple of menu options away.

Recruiting members can be tricky especially if the said person isn’t a fan of Dedsec but eventually, anyone can be turned and join the team after completing tasks or side missions for them. As you progress the quality of the recruits will improve and eventually start making a real difference. Certain NPC’s will improve things like providing special weaponry or giving the ability to control and ride heavy lifting drones making characters even more interesting.

These different gadgets give missions a little more variety, certain missions will be easier with a certain specialist. For example, early on you will be tasked with stealing a server, after acquiring a construction worker with the heavy lifting drove skill you will be able to call in the drone, ride it, pick up the server and deliver it. As you progress certain gadgets and skill will be vital in completing missions.

Different gadgets, weapons, upgrades and hacks can be unlocked by collecting the tech points around the map completing missions along the way, once unlocked you are able to equip your characters new toy or skill and use it out in the field!

The city is also a bit of a paradise for your hacker, being able to control cars, hack drones and even bring up street bollards are all different ways to aid your escape from the enemy known as Albion. Vehicles are all very much usable although the handling of the cars can feel off and will take time to get used to as they all feel very sketchy, to say the least.

Exploring the game doesn’t have you chasing the main story if you don’t want to and you can do as you please, recruiting new members will pass a fair amount of time but there is also plenty of secrets to find as well as a very random football keepy-ups mini-game in a park or a game of darts down the pub.

The main story is very good and being set in London does really add something that makes you want to explore it. The main story, side missions and quests can all feel a little the same at times but I never felt bored while playing due to all the different ways to tackle them with all the different characters on offer.

The characters are all a little weird especially when it comes to talking, voices just don’t suit the person speaking sometimes and this is where I want to mention the facial animations which honestly leave a lot to be desired in places. Dialogue is very cheesy in places but can be overlooked if you don’t take too much notice, throughout the sound in-game is pretty strong and enjoyable and even if the facial animations and acting aren’t super strong it’s better to listen than have to read it all.

Characters can be customised by visiting shops and changing clothing etc to your preferred style which is a nice touch and even gives you the ability to have your own little Dedsec gang all looking the same if you wish!

Watch Dogs: Legion is a big step forward and feels like a nice jump into next-gen gaming and although visuals look good now we can’t wait to see this running on a next-gen console in the coming weeks (check back for an updated review) London is a great place to explore with plenty of life in the city. The character recruitment side of the game has to be the main selling point, being able to build a Dedsec army out of any NPC in the game and then customise them all with their own skills, weapons and clothing etc is a real game-changer adding so many hours more building your perfect army!

The story is well written and will definitely keep players playing till the end, then there’s all the different side quests and places to explore, one thing Legion certainly isn’t lacking in is content!

Watch Dogs: Legion is generally just a really fun game that you can either get really stuck into or just play for half-hour getting that character that you wanted to recruit. We can’t wait to see the visual improvements on Series X next week and don’t forget to check back to see how it performs.