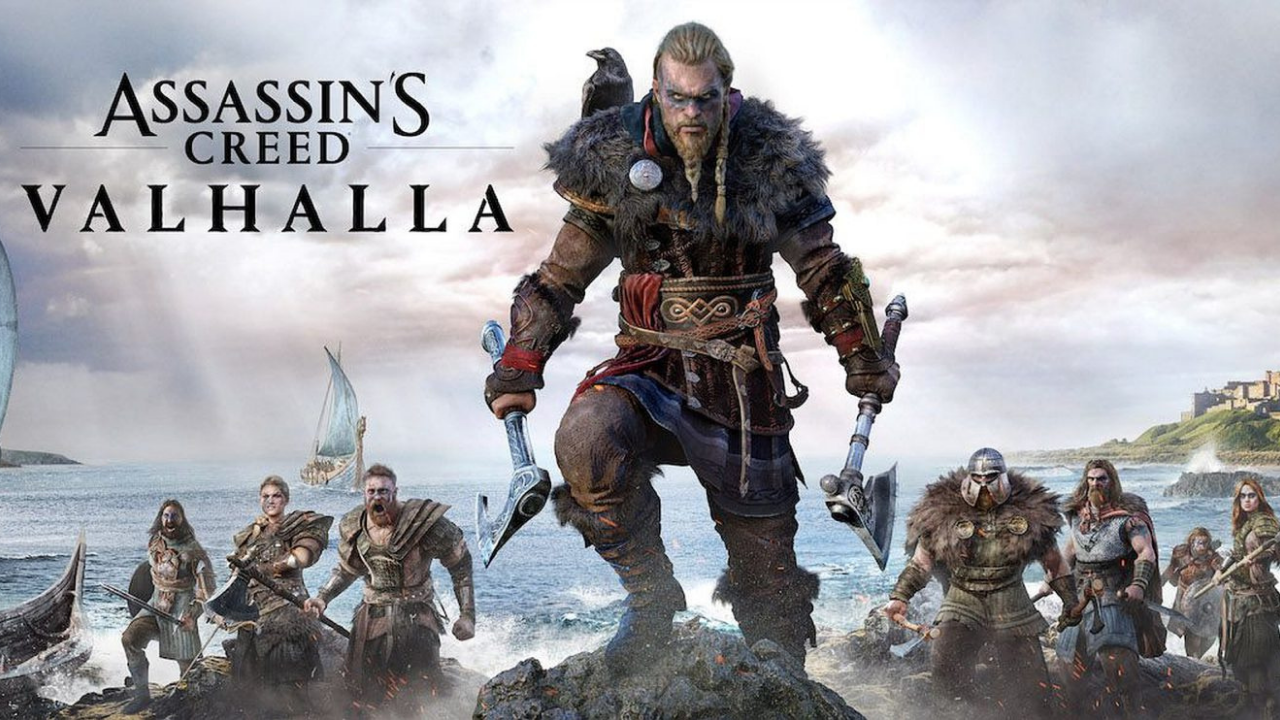 After ploughing plenty of hours into Assassins Creed Odyssey Ubisoft have now treated us to some Viking combat and storytelling! While coming away from the AC stealthy gameplay roots a little more Valhalla has more than made up for it with some heavy-hitting, skull-crushing Viking style combat and it feels fantastic!

Valhalla is a fantastic open-world RPG with plenty to explore, conquer and will keep Viking fans entertained for hours, the combat feels fluid and smooth as well as accurate and extremely entertaining with lots of weapon choices and different ways to approach combat. Valhalla has followed the trend of previous games with a larger focus on the huge open world and upfront combat rather than sneaking around in stealth, this doesn’t mean that stealth isn’t here at all but there is a far smaller focus on it here compared to Assassins Creed’s of the past and it really is a refreshing step forwards that both Odyssey and Origins both really benefitted from!

The option is still there to sneak around if that is the way you prefer to play however and using things like your eagle Synin to scout the area ahead will help to show where enemies maybe lurking. Synin is also a great way to look from above and see where wealth or hidden items are so Synin is a crucial asset it finding things the game has hidden around the area. Stealth attacks allow Eivor to hide in bushes to ambush your target as well as attacking from above which is something we are all pretty used to already in the AC games. Stealth takedowns aren’t possible straight away until you acquire the legendary hidden blade and that’s when things become a little easier regarding stealth attacks.

The non-stealth combat, however, feels fantastic so the move away from stealth really isn’t a huge deal here and something that Valhalla benefits from. The power as Eivor dodges and drives his axe, sword or whatever weapon you decide to use through the enemy looks and feels fantastic.

The new feature to the combat is the stamina bar and it makes you think before attacking, dodging and parrying now play a big part as a few missed attacks from Eivor will leave him with no stamina in the tank and unable to really move or attack until it refills. The stamina bar does take a little like to get used to but once you do it adds something different to the combat.

The bows are another weapon choice and aim more towards stealth as a well-aimed headshot will kill in one shot but aiming from a distance will require you accounting for the distance and making sure you aim high enough to compensate for the drop from the distance. Arrows are pretty difficult to keep stocked up on but after playing for a while there’s the option for poisons arrows and if you see a nearby fire you can always light the arrow up to set the distant enemy on fire so there is plenty of options when it comes to the bows and arrows.

The different weapons all have their own benefits and perks but can also be upgraded so it’s not always best to change up but sometimes just an upgrade will make all the difference. Runes can be added to weapons to apply different perks to the weapon instead of just replacing weapons all the time. Upgrades are also possible when it comes to Eivor with the ability to use skill points to improve your character by adding health, damage and stealth. In this section, Eivor can also learn and equip new moves.

Bosses all require different approaches depending on what weaponry they use, some, for example, will use a spear to drive an attack, this will need a well-timed block rather than trying to dodge! Other bosses may need to be parried before launching your return attack and it’s these different techniques that keep the combat feeling fresh. The bosses are challenging but certainly not overly difficult, the health system here though does add to the challenge as health doesn’t regenerate, instead, Eivor will need to recover by using food found around the area, the big issue here is the fact you can’t actually store hardly any, meaning when in combat with an elite enemy any damage you take is a huge risk as you probably won’t have enough food to recover if you take any unnecessary damage.

The good news is you are able to craft more food storage the bad news, however, is it will use valuable leather and iron ore which are both required to upgrade the important things in the game such as armour, weapons and the very very important arrow capacity!

The AI in the game is strong and even on medium settings there is enough of a challenge, taking down normal enemies isn’t a huge problem but some of the bosses as I have said above can be and require a certain approach. The AI while out in the world does an ok job and enemies will come to find you and attack together making it more difficult trying to take down more than one at a time. One issue with the AI I did notice was when I stormed the first castle, seeing enemies standing still as your fellow Vikings ran straight past them wasn’t their finite style hour but with all the action going on at that time onscreen it’s something that can be forgiven, just a couple of easy kills for Eivor I guess!

Eivor has some options to customise aside from just armour too with the option to add tattoos and even choose his haircut and beard if you wish, while not massive amounts of customisation its still great to have the option.

Once you get the games initial few missions out the way the fun begins with building up your camp and raiding towns around England for supplies. Killing guards and burning towns which seemed so peaceful when you arrived did make me feel like the bad guy but it had to be done to build up our own settlement! Watching settlement grow is fantastic and raiding nearby villages is something that you will be doing a fair bit to improve things in the nearly named Ravensthorpe.

Valhalla’s main story is brilliant and really well told, I won’t delve into it too much but it’s one that will certainly keep players entertained with fantastic characters as I said earlier, Eivor is the main character you will play and his connection with his adopted brother plays big parts in the main story. Eivor is influenced by your choices with multiple cut-scenes requiring you to choose Eivor’s dialogue response which adds to the connection of your character and how you want to portray him.

The story has clearly been well thought out by Ubisoft and the 32ish hour campaign was a joy to playthrough! The big map will take some time to fully explore and there are plenty of things to unearth along the way.

Most travelling will be done at sea on the Longboat but there is also the option to fast travel if you don’t want to travel slowly everywhere. The different missions also have a different power level suggestions which is a good way of still letting you do what you want rather than needing to grind up your level before taking on a certain boss.

Now onto the important part of the next-gen gaming and it is the visuals. Yes Valhalla looks fantastic, the sheer amount of detail throughout really is next-gen and playing on a normal 60hz OLED the experience looked amazing, colours really popped and lighting left me gobsmacked at times! The effects on the snow are also worth a mention with footprints left behind and looking very realistic.

The performance was also very smooth most of the time but I did notice a fair bit of screen tearing but it really isn’t anything that will ruin what was a great experience otherwise. Facial animations could do with a little work as they were a bit off, sometimes the lip sync was ok but then others you could see it was well off with what was being said onscreen, again nothing major but just something to note.

The visuals and performance were fine but this also carried over into sound as well, the voice acting was great and the background music and sound effects are also very strong and authentic. The distinctive noise as Eivor’s weapon takes off an enemy limb will certainly be noticeable!

Lastly, with Valhalla being a big open-world RPG, some bugs are to be expected but I was really impressed with how little there actually was. I can only remember one time the game crashed and once that Eivor got himself pretty stuck on an invisible rock, aside from this the game ran great.

Assassins Creed Valhalla is a brilliant Viking RPG with a massive open-world to explore and plenty to unclover. The visuals actually look next-gen on the Series X and performance is there to match. Lighting effects look stunning and the gameworld has plenty of detail for you to admire while exploring and taking down cities around England. The main storyline is well told and the voice acting is equally as good. Combat feels fresh and has a real bone-crunching feel to it which also feels like a step forward in the AC games, Odyssey and Origins were good but Ubisoft has even managed to improve things further with Valhalla. A worthy next-gen game for the Series X and if you are sitting there with your nice new console and wondering what to play this is more than worth your time!