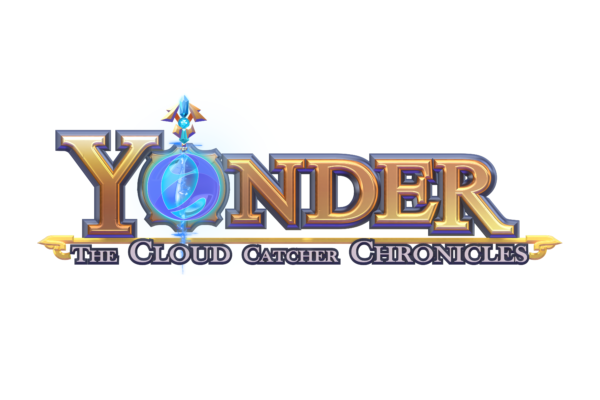 Yonder: The Cloud Catcher Chronicles is currently available on Steam for £15.19 until July 24th and then back up to the full price of £18.99

Yonder has the player take the role of a young customisable hero thrust onto a vast island called Gemea. Gemea has been left in despair because of a strange evil murk which has appeared on the island, once a beautiful paradise it now needs the help of the young hero to solve the islands many secrets and mysteries to help save Gamea and it’s people.

Gemea is filled with towns of residents who will all be in need of a little help, players will need to contribute to the island by doing many things including, crafting, farming, fishing, cooking and brewing.

Is this a Zelda wannabe?

The first thing many players will notice will be the similar visuals on offer here to a certain Zelda title, the graphics are beautiful with the lighting effects really standing out as a key feature! One thing to clear up right now is that it’s no Zelda and gameplay isn’t trying to be either.

The best way to describe Yonder would probably be it’s a bit of Zelda BOTW (Visuals) and a bit of Harvest Moon (Gameplay) but sadly not as good as either, still impressive when you compare the development times.

Playing on a GTX970M Laptop I was able to achieve a solid 60fps on highest settings available. I personally found everything felt smooth and great to look at throughout, although some will find the art style childish the visuals do have to be admired especially them light effects!

Yonder does a really good job in giving the player a believable atmosphere, it’s dynamic living world players will be able to experience evolving weather conditions that will affect the world, day and night cycles showing off them beautiful lighting effects, animals migrating and changes to routes in the game due to seasonal changes.

Sounds in Yonder are atmospheric and the music is very relevant to whats happening around the player at the time.

No Combat won’t be to everyone’s taste

As players progress through the islands challenges they will acquire Sprites, these creatures are to be used to clear the Murk throughout the island, unlocking new areas and allowing players to complete tasks set out by the islands occupants. One thing that is missing from Yonder is Combat, there is no combat at all making the whole experience very calming but will most likely leave some players wanting more..

Players will mainly find themselves going round chatting to the villagers getting little odd jobs and then setting off to complete the task at hand, while this can get repetitive fast there is other stuff to be getting on with like using the crafting system, building a farm and collecting materials.

Collecting the tools needed for the job

Materials are easy enough to collect, after talking to some of villagers they will hand over certain tools so materials such as stone, grass, wood etc can be collected, these can then be used to build or to be traded with the traders scattered around the island.

Fishing was actually pretty fun as well as the farming but after a while it’s the same old problem for Yonder it just gets repetitive. Building the farm and setting it up was good fun, with a few buildings to construct and a sense of achievement when it’s complete.

Crafting is basic when you finally get to do it

Crafting in the game is very simple and a matter of collecting all the materials needed for the item you are looking to make then selecting it and making it. The only issue with the crafting system is actually getting into it! Players will be required to join guilds and to do this they will be required to complete many favours and quests before they are accepted into the guild and able to fully use the crafting system.

Weather Yonder can keep players coming back for more will always be it’s main problem as things do tend to get repetitive and it’s a shame because Yonder is really something to look at, for such a small team of devs they have done a great job with this title, it’s just a little lacking in stuff to do and having no combat certainly won’t be for everyone but if things are added in the future then this could really be one to watch!

While Yonder looks absolutely stunning at times and we really admired the lighting the game can leave players feeling a little unentertained with a lack of stuff to do, no combat will put a lot of people off. While some players will get bored others will love Yonder’s peaceful gameplay and beautiful visuals and for a small indie game you can’t not look at them visuals and be impressed with what Prideful Sloth have achieved and look forward to what they may bring in the future.