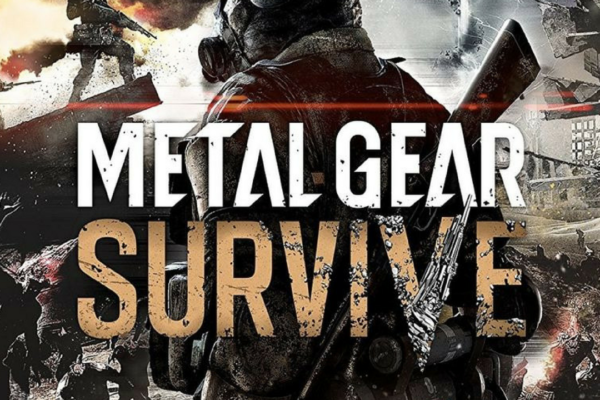 Tested on Xbox One X for the purpose of this review

Metal Gear Survive is not what anyone would expect from a Metal Gear game but does that mean it’s a new and great step in the right direction or has it fell flat on it’s face.

Metal Gear Survive is a strange game, in all honesty Konami could have made it into it’s own series and noone would have noticed but sadly they seem to have used the legendary game franchise to help sell their latest game.

Metal Gear Survive still uses the same third person viewpoint to play from as well as holding onto some of Metal Gears stealth but the main parts of this game are now survival and base building! Survive features the great visuals that other Metal Gears had but sadly that’s the only real positive the games share!

The story-line takes place just after the attack on the mother base from Metal Gear Solid V Ground Zero, players will even get a brief glimspe of Snake himself but then things like infections, wormholes and parallel universes take over the main story.

After the initial cutscenes showing your characters initial death and telling the story behind what’s happened, your character will have to take on the games main enemy ‘the wanderers’ these are slow human looking beings that have a crystal looking shaped head. Your character is infected and if you don’t find the antidote fast enough your character will share the same fate.

Wanderers are slow but in a group can be deadly

The Wanderers are slow and will approach any figures they see or noises they hear, once close enough and your seen as a target they will attack. Stealth is the easiest option against them as they can’t see you very easily and if you manage to sneak up from behind it can lead to a one hit kill. Coming up against a few of them can very easily lead to your characters death if you are not careful and correctly equipped.

When you finally make it to base camp with your own customised character things get very confusing! There is a mass of systems and menus to navigate and get your head around. One of the first things you will need to do is hunt animals and collect water to make sure your character stays hydrated and healthy. From the very beginning Metal Gear Survive shows that it will not be holding back on the survival side of things, starvation and hydration drops rapidly and food is far from easy to stock up on as well as clean water which will be found laying around. Empty bottles can be filled with water from small fords of water or running water from taps that are found around, the downside to filling from these points are the water will be dirty and can cause you character to contract dysentery.

Aside from contracting things dysentery through dirty water or uncooked food there is a mass of different issues that your character might need to deal with to survive: sprains, lacerations, bruises and fatigue to name a few. These issues can all be solved on the main cure screen where players will need to apply the correct kit, bandage or drugs to cure the problem. The main cure screen is easy enough to navigate showing an outline of your character with any issues they have, moving onto the problem allows you to hold the button to cure it. The cure can only be done however if you are holding the needed item in your inventory.

Metal Gear Survive’s story is mainly told through text on static screens much like the Metal Gear of old all with voice overs which stops a mass of reading.

Entering the world Dite it’s a pretty grim experience, having to eat uncooked food and drink dirty water just to survive make things no easier! Early missions will send you out needing to pick up every bit of food possible as food is extremely scarce! Out in the dust is where things really get hard, the main hud no longer works and you will never know what you might stumble upon due to the fact the viability in the Dust is terrible. The Dust was probably my favorite part of the game due to not actually knowing what is around the next corner and what items you may find!

The problem I found with MGS is from the start everything tends to be a struggle and the survival aspect of the game completely takes over, I really feel it’s more of a slog than it really has to be, food is far too scarce and drinking dirty water with no other option really proves to just be a complete pain as you will constantly be healing your character trying to keep them alive! The other problems that kill game-play is the stamina that lasts no time at all especially when entering the Dust as it drops even faster! Running low on stamina will cause your character to move far slower and eventually if you keep running will come to a complete and frustrating hault! (Especially annoying when you are trying to avoid groups of Wanderers!) The other thing to slow you down when in the Dust is the fact you have oxygen to worry about, this will run out and then your character will be in serious trouble but somehow strangely if you are running low it can be brought from the main cure screen in exchange for Kuban cyrstals collected from dead Wanderers or some Kuban plants found throughout the Dite.

Base construction is another key thing to survival as this will allow upgrades and progression. Base building will require you to collect materials while out exploring and completing missions to then return and perform the upgrades you choose.

The stealth side of things will give fans a very familiar feel as will the combat. Melee attacks will be very common at the start and you will need to make full use of items such as fences and blockades to hold the wanderers back as you stab them through the fences and take them down. This is another area Survive suffers a little and it’s the repetitiveness of the combat, often you will need to put a fence down and let the wanderers come to it to then stab them before they break the fence down, the AI isn’t all that either as they seem to not realise that they could just walk around the fence, instead they will opt to try and break it down to eventually maul your character.

The struggling through can be helped by online play with others and teaming up with up to three other people. Playing online improves the experience massively with the main aim of fighting off waves of enemies, each time your team progresses the challenge will get harder. Why Konami didn’t allow multiplayer through the main experience is a little beyond me as it may have really improved things being able to team up with others and survive together!

Survive has one thing that I amounst probably the whole gaming community will hate and that is it’s microtransactions! Unbelievably to even start a new save game Konami are going to charge you! EA were slated for what they did with Battlefront 2 but surely this is taking things to a whole new level Konami!

If you can look past all of the many flaws Metal Gear Survive has, there may actually be something here for survival fans especially at it’s cheaper price compared to many games at first release. It features the same great visuals and some aspects of gameplay as other Metal Gear games but in all honesty there really isn’t much here to even associate it with the Metal Gear franchise, Konami should have started a whole new game title without using the Metal Gear name to try and sell the game. The game-play and story is pretty repetitive and boring as well as the over the top survival side of the game which in all fairness kills the whole experience. Lastly there is the micro-transactions and pay to start a new save game which is beyond ridiculous Konami!