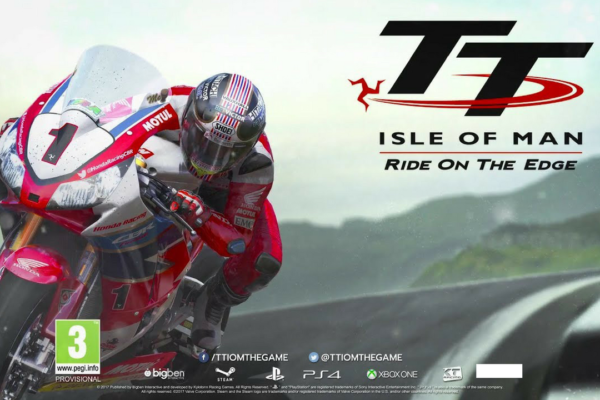 TT Isle Of Man: Ride On The Edge Xbox One X Review

Tested on the Xbox One X for the purpose of this review.

TT Isle Of Man Ride On The Edge should be every motorbike fans dream game but does it perform well enough to stand out! We take a look to find out.

TT Isle Of Man is a real superbike simulator through and through as soon as you get yourself into a race you will most likely find this out the hard way! The controls and physics are unforgiving and just turning into a corner to much will be enough to have your poor rider off the bike headfirst into the floor. The way the game controls will require the player to practice and need real skill to make it round the track beating your opponents and  without coming off your bike!

The sense of speed is also great for a sim, things fly past as you hear your superbike accelerating sometimes over 200mph! As sims go it’s easy to say the devolpers have done a great job with the realism! While the actual racing and sim side of things is great it’s the content that sadly suffers.

The content is pretty low for a game that costs around £50, only two classes of motorcycles are available but do include licenced bike from manufacturers such as: BMW, Suter, Norton, EBR, Honda, Triumph, Kawasaki and Yamaha!

Each manufacturer has multiple bikes, each one is mainly the same model just with a different livery and having slightly different mods making it slightly faster or having slightly better or worse braking or handling. The tracks on offer are also a little lacking with only 10 tracks, one of these being the Snaefell Mountain Course from the Isle Of Man.

From the moment the game starts it’s clear the title is a little lacking in modes with only quick race, career and time attack available in single player not counting the tutorial mode and multiplayer modes are available online or offline.

Offline give players the ability to race against each other with up to eight players taking part while online allows players to either join a game or create their own with options of having a public or private game, as well as choosing the track and category of either supersport or superbike.

The career mode is where most will spend their time though. Again this is where things can be a little bland, your main hub will be displayed as a computer with different tabs for selecting where to go next.

From the start your rider will have just enough money to buy a bike, once the bike is brought events will get emailed through and it will then be your job to choose the event you want to participate in. Each event has different prize money in which you will need to win to progress and buy some of the faster bikes.

Visually the game isn’t actually bad, the bikes show good detail but sometimes the game can show a lack of polish with some dodgy textures and on a few occasions when a lot of action was on screen some performance slowdown. On the whole though I did find the gameplay good and as I mentioned earlier a good sense of speed! Having the bike flatout down narrow streets is a real thrill as you hear the bike revving right to the top of it’s rev range. The sound of the bikes is great and really adds to the immersion of this sim.

TT Isle Of Man is a very Niche game and will probably only appeal to real fans of the sport, although there is a real lack of content here the actual racing is something that will test almost every racing fan! The career mode feels a little dated and it’s whole setup tends to bring a halt to what could have been a really great exciting racing game. Visually it has it’s wow moments but then at other times it really lets itself down with dated textures. Everything considered if you are a fan of the series it is well worth taking a look at but if it will keep you coming coming back for more is another thing!

TT Isle Of Man: Ride On The Edge