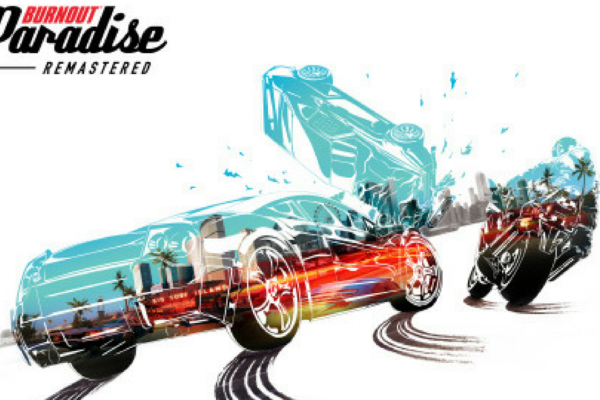 Reviewed on Xbox One X

One of my all time favorite games has been “remastered” but how does it stand up against the test of time? Lets find out.

If you like myself grew up playing games you more than likely come across one of the Burnout games, as soon as I heard Paradise was getting remastered I was both excited and a little worried! I was concerned it could end up not the game I remembered and instead something that has not aged well at all, never to be played again!

I’m happy to say it’s not in the never to play again category! The Remastered version of this classic is by no means perfect but it does a great job of bringing back that nostalgic feeling as soon as you load it up! Lets honestly face it though there really wasn’t much that needed to change apart from a nice visual overhaul! Burnout Paradise Remastered also treats players to all of the DLC that was released for the original game which is a nice but expected feature.

Onto the visual improvement and this for me was one of the most important things as most other things would be a case of if it isn’t broken please please please don’t try to fix it!

Burnout Paradise Remastered does get a visual and performance improvement and now features up to 4k resolution on PS4 Pro, Xbox One X and PC as well as 60fps (If your PC can handle 4k) The 60fps for me was crucial in improving things as Burnout was always about the speed!

Once finally past the initial title screen all giving you a real sense of nostalgia with it’s soundtrack you will be greeted with some improved visuals! The Xbox One X really showcases this in 4k but there is definitely a noticeable improvement on the standard Xbox One too. It’s not all good news though, with 4k making everything look much sharper and 60fps leaving action smooth as you hurtle around the city you can’t help but not see the age of the game cracking through. The remaster really lacks the detail of games today but it was never going up against the likes of Forza or Gran Turismo was it?!

Does this ruin the game and should you steer clear? NO! While the visuals really don’t stand out there is still so much here to offer new and old players alike! Even my son who is a major Forza fan loves the high speed racing feel as well as the bone crunching crashes that the game also features. Burnout Paradise remastered is just an out and out fun game and I’m more than happy to see it slightly upgraded so I can play through it again and show others the sort of games we were playing years ago!

The gameplay Burnouts main strength, well apart from that soundtrack which is really really good even now! The game features a huge track-list that can be customised to your own preference giving players the ability to leave out and tracks they don’t actually like.

Got a bit off topic there but back to the gameplay, it’s one of them games that you can just pick up and play! There is so much to do that the player will be kept busy for ages! The map of Paradise city is filled with things to do like breaking through barriers with a total 400 spread around the open map as well as super jumps and shortcuts to be found. The boost bar along the bottom of the screen also fills by performing things like driving into oncoming traffic, getting air, drifting etc….

Starting a race will require players to find the race location on the map and then go and spin the wheels of the car up to initiate the race. Races are set out in a race from one place to another and while some races will have checkpoints to guide you others will have you trying to find your own route to the finish line. The only help you get once you start a race is the map which you can take a quick glance at or the street signs at the top of the screen which will flash to indicate the route while your indicators also flash in the direction to take. The map is totally open and it’s down to you to find your own way there, there is also no rewind button like the games of today so one wrong turn or getting wrecked could ruin the whole race, to top this off there is also no quick restart so you will have to drive all the way back to the race location to start the race again. Moving around the map will also require you to explore as there is no fast travel option either which could frustrate some of the newer racers around today that are used to these well used features in today’s games.

Burnout at first can feel a bit mad and for the most part you will probably just be bombing around the streets taking jumps and breaking barriers but once you get the hang of the handling things get far more exciting. The races as you progress and unlock faster cars, get far harder and exciting requiring the player to really think about the best route to take. Some luck is also needed during the races though, as I mentioned earlier there are plenty of shortcuts spread around Paradise city and these can be used to your advantage against your opponents during a race.

The way you earn new vehicles is a little different too, smashing them up earns them! Yep destroy the vehicle and it’s yours to use! Basically the car your going to unlock will be driving round somewhere on the map, once you see it destroy it and it will be sent to the Junkyard and repaired for you to then use. Cars unlock after players unlock different licenses, starting with the learner permit all the way up to the elite licenses which will allow access to some of the games fastest cars.

I wanted to mention something involving the DLC that disappointed me a little and that is the fact that all of the DLC cars are unlocked for use from the start, this takes away any sort of challenge to actually unlock them. I personally wouldn’t use them until you progress in the game and feel you have actually earned them as unlocking some of the slower cars won’t really feel like any kind of achievement at all!

Burnout Paradise Remastered still offers so much to today’s race fans. It features blistering high speed with the bonus of now having 4k visuals at 60fps! The remastered version also offers players all the DLC included that came out for the original game and features one of the best fitting soundtracks to a game in a long time! Visuals could have been more detailed but the gameplay more than makes up for it still providing a fast and responsive exciting drive through a well thought out open world! Burnout Paradise Remastered proves that some games can still hold their own against the newer games of today!