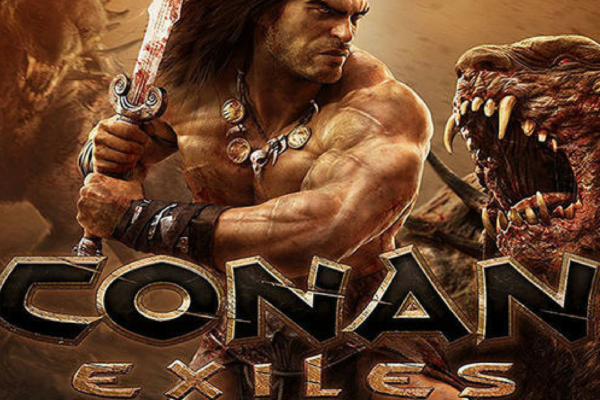 Tested on Xbox One X for this review. (Sorry no footage or images as the game wouldn’t let me)

Conan Exiles has finally been fully released on Xbox One after months on the Xbox game preview but is it any good and actually a Survival game worth putting endless amounts of hours into?

With many games like Ark, 7D2D and Minecraft already out Conan will have it’s work cut out to really make an impression in the survival genre. Conan allows players to take the role of an Exile, left for dead in the desert tied up. Being released eventually by Conan himself players will have to survive alone with no water, food or weapons!

Once you get started the game will allow you to use the character creation and this will give players the option of using either male or female characters and then the ability to adjust and choose everything on the character from the nose shape, hair style or colour to even the female characters breast size! Nudity can be set between three different levels, none, partial and full which doesn’t hide a thing!

With the character creation finally finished it’s time to brave it out in the harsh world where you will have to act fast to survive. The game features many characters and things to uncover and explore but the main objective will be to gather resources to craft things to help with survival while also upgrading your character to craft better gear and eventually being able to build impressive structures even to the point of actually building a whole city.

The game itself can be played from either first or third person view.

Straight away I was left pretty impressed with the visuals especially on the Xbox One X. There is a clear attention to detail and with the Xbox One X displaying at 1440p everything looks great but sadly the same can’t be said for the performance and this is hopefully an issue that Funcom will address as the next few patches are released. The frame rate is 30 FPS but you can clearly see some stuttering in performance and it happens a fair bit so sadly it isn’t something that can really be missed.

The crafting interface is pretty accessible and easy for most survival fans, collecting the resources will be something you will need to do first and then players can craft the objects needed to build things. Collecting things like stone be crafted into bricks and certain plants into clothes etc.. The basic stuff is easy to craft it isn’t until you want to craft better items you will need to use harder to find items to craft them.

Crafting isn’t the only way to progress.

Much like in 7D2D though crafting isn’t the only way to acquire some of the games better items, exploring can really reap rewards if you come across a deserted enemy camp or even one you have cleared out. Chests can be found with all sorts of items and weaponry in ready for the taking. Acquiring some of the games stronger weaponry will allow you to take down the stronger enemies in turn allowing you to explore even further into the games large open world!

The combat while talking about the games weaponry features a few different ways of attack, players have the option of heavy and light attacks as well as being able to block your enemies attack. The combat does feel smooth but I was a little disappointed with enemy animations due to them looking a little sketchy but again this will hopefully be ironed out in the future with patches. The combat is by no means bad but it just feels like it needs a bit of polish to it.

Now with combat health generation is going to play a heavy part in the game, Conan Exiles is difficult when it comes to this as there is no health regeneration. To recover after battle you will have to eat food and this can be a challenge making sure you have enough food to keep you going as you explore.

Aside from fighting humans there are plenty of enemies throughout and it really does keep things from getting repetitive, massive things like the games World Serpent will be something you will come across and try to take down, as well as smaller groups of enemies and this really does mix things up. Going back to exploration and it really is essential to actually progress, as you explore and take down some of the games enemies your character will gain huge experience and this will then allow you to upgrade some attributes so exploration pays off in every way possible.

Conan Exiles won’t be for everyone but survival fans will probably love it.

Conan Exiles won’t be for everyone but there is so much to explore and after playing the game on PC a long time ago it’s clear to see how the game has come and how much the devs are committed to making it one of the best survival games to date. The game has constantly received patches and updates which have really pushed the game forward and the final release is far from perfect but it’s getting there and well worth playing if you are a fan of the survival genre!

Great visuals and an impressive and packed world to explore make Conan Exiles one of the great survival games around today, if the devs keep adding stuff and fixing things like the frame rate stutter this really could be the best survival game on console but it just lacks that bit of polish! The crafting system is easy and accessible and the whole game I personally found pretty intuitive throughout.