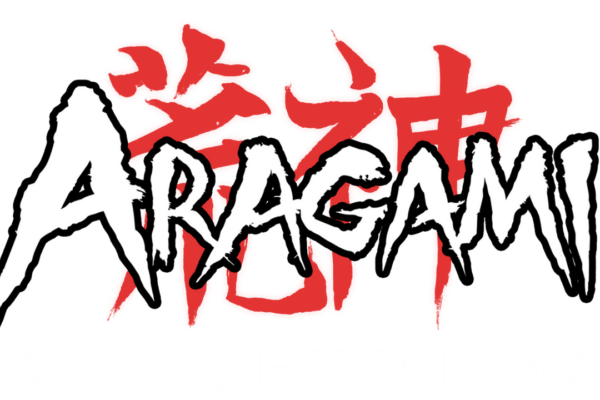 Now Aragami is probably a game many may never even heard of, it has however been released for quite a while on both PC and PS4 back in 2016, so is it worth picking up by Xbox One owners? Keep reading to find out..

Aragami is a third person stealth game developed and published by a company called Lince Works. The latest version to be released is the Shadow edition releasing June 5th and it not only includes the base game but also the new Nightfall DLC pack.

Controlling a Spirit called strangely enough Aragami you will be tasked with helping a young girl called Yamiko that has summoned you to hep her, she has been imprisoned after a war was lost and now needs your help to free both the empress and her people.

After a few short tutorials and a bit of story telling it’s straight into the action and from the off the stealth side of things is very clear to see. Sneaking around  and staying hidden in the shadows is the only way to progress through the levels. All the levels have areas of shadow as well as lit areas where as soon as you are in them you will be in full view of the guards and this is where things go wrong very fast! If a guard sees you it’s game over as they will kill you without a doubt, so keeping hidden is essential! Killing them is an option but you can actually sneak through the whole level if you take the right path and timing.

Killing them however can only be done by sneaking up behind them and stealthy attacking them, there is no actual attack button so if you get close and they see or hear you chances are you will be starting that section again as they cut you down unless you are lucky and the on screen prompt comes up quick enough to make the kill. This can really slow the gameplay though and it is pretty impossible to put a decent string of kills together because it is more than likely that a guard will see or hear you so you will end up killing and teleporting away to safety before being able to attack the next guard which does tend to kill the flow of the gameplay a bit.

One of Aragami’s weapons though is the ability to teleport and through this the satisfying assassinations can be put together nicely by jumping in behind them and cutting them down before they even have the chance to notice but be careful because if another guard sees the body or hears anything they will alert other guards and search the area for Aragami.

Working your way through the chapters Aragami will come across hidden scrolls that need to be collected to unlock new abilities, these abilities will aid you in the harder levels. Being able to summon decoys or even going invisible for a short period of time can really help with some of the games more difficult levels. While talking about the difficulty it has to be said some will be left frustrated as it can actually be very challenging, to get right to the end of a level and be caught by one last soldier can leave you feeling beyond frustrated to say the least but in all honesty who doesn’t want a decent challenge and in fairness it’s one of Aragami’s main strengths in the fact that if you make a mistake you will be punished so planning is absolutely essential!

Another strong point is the price! At £20 it’s an absolute bargain for all the content on offer, this is without the fact i never mentioned the game actually includes co-op multiplayer! (Not tested yet but a great feature to have)

The visuals while not perfect do look great in the art style that it is, the lighting and shading stand out but the game does lack a little detail here and there and this even includes the Xbox One X version which didn’t really carry much of an upgrade over the original Xbox for me. Performance side of things was ok but again probably could have been improved as i did notice some slow down from time to time especially when using one of Aragami’s abilities called the shadow kill (No Spoilers)

Aragami is a real stealth game that will definitely test it’s players! The ability to either stealthy assassinate the guards or work your way through the levels quietly and unseen is great fun but may leave some players frustrated especially if you make that one mistake right at the end and you have to start the level all over, this at the same time is where the challenge is and how planning your every move in Aragami is essential! The lack of an attack button and waiting for an on screen prompt to strike is something else that will frustrate many but the core thing in the game is to not be seen so if you are you will be punished and need to start again. Visuals are nice with good lighting and shading but performance at times can be a little bit hit and miss with some stutter in places (This maybe corrected with a patch) All in all if you like the stealth genre Aragami is 100% worth a look with all it’s content and challenging gameplay!