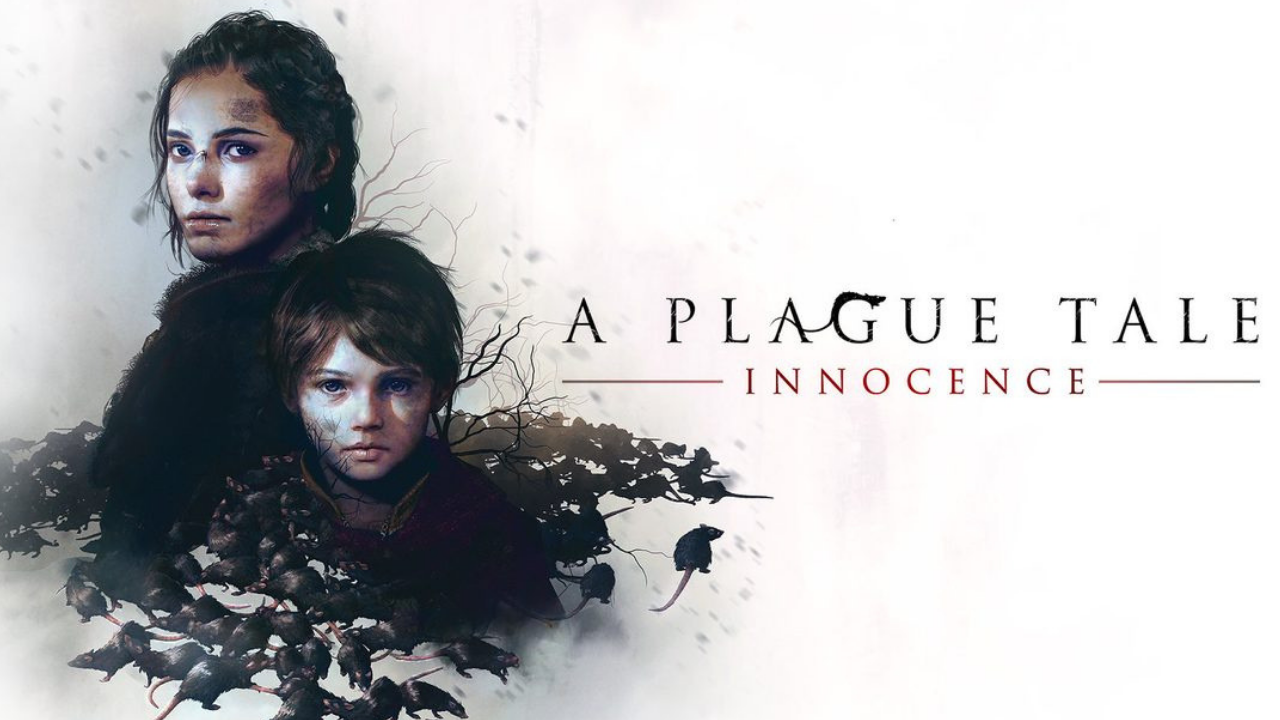 After seeing trailers and information about A Plague Tale I was interested to see if it was as good as it looked, I am happy to say once I started playing I didn’t stop till the end with the whole experience being very well told and enjoyable!

A Plague Tale or APTI as I am going to refer to it mostly in the review is different to most games I have played recently, mostly in good ways especially nice to finally have a story this strong that’s worth playing through! The story is by far the games biggest strength and is told through great voice acting and solid cut-scenes.

Taking the role of Amicia you find yourself thrown into the wild with her younger brother Hugo who from the story tells she hardly knows. Amicia’s mother and father are murdered in front of her eyes, it’s now her job to now protect her little brother from those pursuing him. With the game being so story heavy I will try to keep any spoilers to a complete minimum.

Visually I have to say I was really really impressed! the lighting effects are really impressive and with most of the gameplay aimed towards the stealth the lighting really had to be done right! The detail in all the games different environments is also really impressive with a really clear attention to detail throughout the whole game. The characters are likeable and well thought out, the facial animations aren’t perfect and maybe one of the things that could do with a little work. Performance wise the game performed perfectly, no framerate drops or issues from start to finish.

Onto the games sound and again this is another area that the developers have clearly put alot of effort into, the soundtracks are really good and fit in perfect with the action on screen also acting as a bit of a warning to incoming threats especially the distinctive sound when rats are near. The voice acting is played really well throughout and very believable. All in all though the sound side of things is very solid with little to complain about!

APTI’s gameplay is mainly aimed towards stealth and you will constantly be hiding and sneaking around enemies as taking them on isn’t really an option. Amicia does have a slingshot that can be used to take down enemies but if they are running at you this is far from easy and once they get to you it will see you going back to the last checkpoint! As you progress through the games story new abilities will be added to the slingshot such as inferno which allows Alicia to fire lit rocks to ignite torches which aid survival against the rats as they won’t step into any light, the rats are a massive threat and the minute you step into a dark area near them it’s over and you will have to restart from the last checkpoint. Checkpoints on the game are set pretty close together and you won’t really find yourself going over the same section much if you do die.

The rats deserve a special mention as well, the sheer amount on screen at one time is really impressive. They swarm together and one wrong step and it can be all over making you plan every move precisely or you could end up dead. The only real way to survive against them is making sure you are always in the light and use everything around to keep them away such as lighting torches, fires or actually grabbing a torch and walking through the middle of them with all of them constantly trying to get at you or anyone with you. Bear in mind though that the rats won’t only attack you, they can be used as a powerful weapon against enemies just by making the area your foe is standing in dark.

Workbenches are scattered around the game and finding them will allow you to upgrade items. Throughout the world there will be plenty of items to collect and then can be used to either make ammo or brought to the workbench to upgrade some of Amicia’s equipment. Upgrading thing like the slingshot to throw rocks with less time charge up time as well as being able to upgrade pockets to be able to carry more or certain items.

The stealth in the game works great and there is a real sense on tension trying to make your way through levels without being seen. The AI for the most part is strong but on a few occasions some choices they make are a little basic, I was following a character on one of the later levels when he spotted me, I hid near a bush in which he came over to and just looked at, I waited a few minutes and he didn’t move so I had to come out and get caught to start from the previous checkpoint.

Most levels seem to have a set path for you to take and enemies will all have certain weaknesses, some will hold lanterns which will be keeping the rats away, hitting the lantern with a well placed rock will cause it to break and turn the guard into walking rat food! Without giving away any of the story the abilities towards the end really are the best bit and well worth the wait. I found all the levels were well designed and really had me thinking on a few occasions what is the best route or option to take to make it to where I needed to go! Levels sometimes also feature puzzles to get you thinking as well, this breaks up the constant sneaking around in some sections.

After I finished the 16 chapters I have to say I really was impressed with a game I knew very little about before receiving it to review. There is a little replay value in it too as you can replay any of the chapters and try to find hidden objects that are hidden throughout the levels.

A Plague Tale: Innocence is a fantastic experience, great story, visuals and sound along with gameplay make it a really solid experience from start to finish and that is from release without any patches, my whole playthrough was fine with no major issues! The game does a great job to make you feel the struggle between Amicia and Hugo as well as seeing their growing bond as you progress through the games brilliant story. The stealth in the game is fantastic and the sheer amount of rats on-screen at one time is really impressive as well as lighting that is a joy to use against them! The rats throughout are really impressive, especially with the way they move together and attack! Anyone wanting a game with a well told and thought up story should definitely invest some time in A Plague Tale: Innocence as I am confident to say you won’t be disappointed!

This game code was sent to us free of charge for our honest review and has in no way influenced our rating of the game.