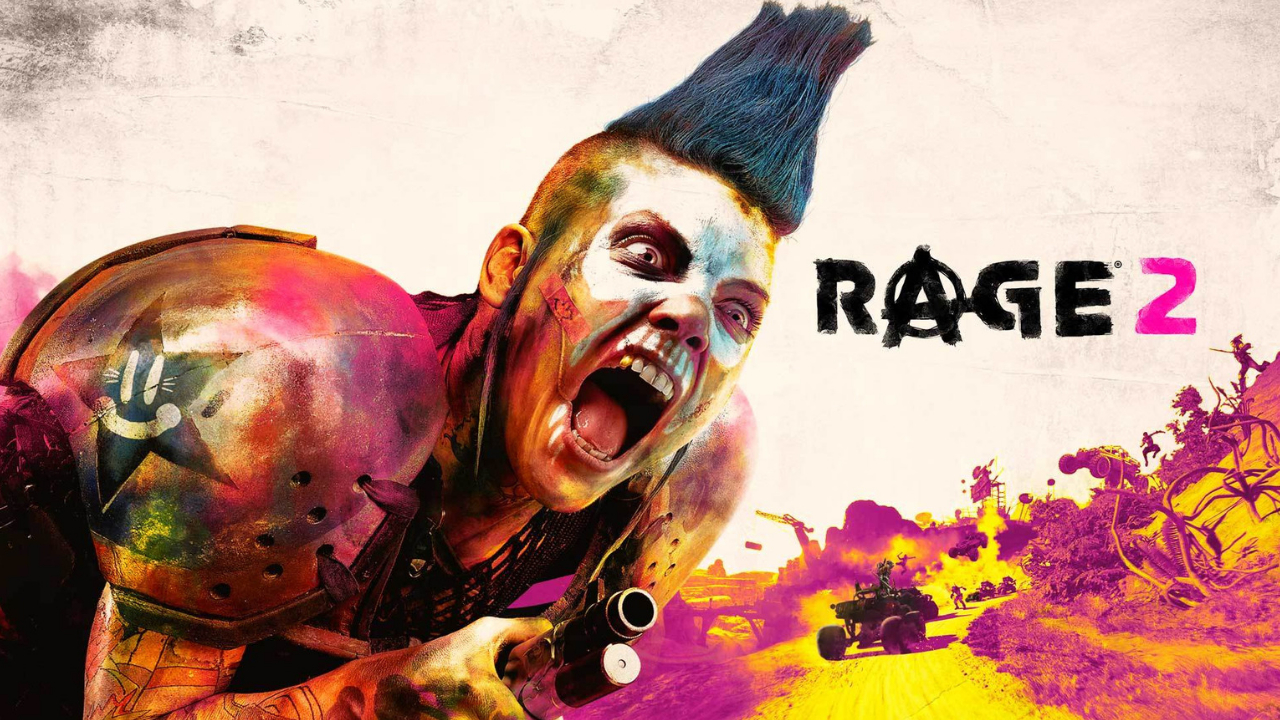 Bethesda has finally released the sequel to the original rage which came out back in 2010, fingers crossed this isn’t another Fallout 76 disaster and succeeds where so many open world games fail.

One thing as soon as you start with Rage 2 that is a positive has to be the visuals and gameplay. Visually the game looks fantastic with a really impressive colour selection that is bright and vibrant, very different to the original which always tended to look a but dull. The game world has plenty of detail in all of it’s environments, with trees, rocks and big water sections varying up the terrain a fair bit. Characters have also been treated to plenty of detail and all of them are really well designed with decent facial animations as well! The only issues I did come across on my playthrough were things like textures popping in and out and occasionally enemies would get stuck and just stand there but nothing gamebreaking.

The gameplay or gunplay i should say is where Rage 2’s strengths really are though! Rage 2 is so much fun, nothing really serious and the game really feels like a bit of Doom is mixed in there with maybe a little bit of Bulletstorm (Loved that game!). The selection of weapons and way they are unlocked keeps things constantly feeling fresh and although there isn’t that many different weapons they all give the player new ways to take down multiple enemies. The new weapons you gain as you play add a load of different ways to kill with one of my favourites being the Grab-Dart Launcher which allows you to shoot your target and the more times you hit them the stronger the force will be, once you feel they have charged up enough use the left trigger to send them flying to whatever you have targeted usually resulting in a pretty messy kill! This was one of the best guns and mechanics involved were pretty impressive, the shotgun was also something that I constantly found myself coming back to with a real sense of power every time it was fired. Enemies are all pretty similar, headshots feel great though and the main bosses always tend to be the same and will require the same pattern to kill them, some enemies will have armour that will need to be taken out first before you actually start to damage them.

As well as the weapons there are Nanotrites, these unlockable abilities can help in combat as well as revive and aid agility. The Nanotrites are acquired by finding Arks, once you manage to clear the area and use focus to unlock the door to get inside you will be greeted with a tube like container that will open and award you with either a weapon or ability. The way the game is set out you can use your focus to see where Arks are in the distance because of a rainbow beam of light towards the sky. How you approach things is up to you either work your way round finding them all first as the map is completely open from the start and nowhere is out of reach or just play through the story and get them as you go. I found that finding the Arks was much easier once I unlocked the Ark Gyrocopter called the Icaris as it majorly cut down travel time and everything is much safer in the air!

The extra abilities from Arks don’t just help in combat they improve getting around on foot as well, being able to double jump will help to reach places that were out of reach before while being able to double run (dash) and can really assist in combat with getting behind the enemy and dodging incoming fire and attacks. The many different unlocks and systems can be a little daunting at first but once you get your head around them everything works well and constantly keeps you wanting more and new abilities, it’s always exciting when something new unlocks and you see it’s yet another new way to kill. One of the other special abilities that always comes in handy if you are struggling is the Overdrive mode, Overdrive is built up by killing multiple times and is used by pressing LB and RB together, in this mode you will be treated to plenty of power and extra stuff such as the rocket launcher that instead of firing a single rocket it will fire multiple rockets or the shotgun being used like it’s got rapid fire! It also decreases damage taken and with the right upgrades can restore HP so sometimes it will be essential to survival in certain situations.

The gameplay throughout is fast and frantic, everything is very snappy and quick as well as feeling very accurate at the same time. The shooting in this game for me is honestly up there with the best! The story is a little weak and shallow but from the off the gore is there for all to see, just after you chose your character (Male or Female) there is a messy cutscene so gore is definitely something this game doesn’t lack! Taking control of a soldier named Walker it’s not long until you become a ranger and with able to gain all these extra weapons and powers that others can’t. The story has you fighting against the Authority with their leader Cross being your main target after your adopted Mother Prowley is killed by him. It is a save the world and revenge story!

The way the game is set out you will need to help three different people to finally work your way to taking on the Authorities leader Cross. Each of the three people will require you to meet certain objectives to unlock the missions needed to finally attack the final mission. One objective for each will be to reach level five within that characters objective, this can be achieved by completing certain tasks associated with them such as clearing out bandit camps or clearing road blocks etc. The way things are set out you have to go out and explore a little to progress through the games story. While most tasks were clear out this or go here and collect a certain item for the most part it didn’t get boring. The main story once you manage to get each requirement completed for each of the three people didn’t actually take that long and the final mission wasn’t exactly huge either, there is some end game here though and going through the map and collecting all the items and upgrading your character to it’s full potential will keep some playing but it is a shame that the story was over so fast. Some will want to carry on playing just because of how good the gunplay is and wanting to unlock everything but if you are after a decent and in depth story you should probably look elsewhere.

Making your way around the map can be done in multiple ways with various vehicles. Vehicles can be unlocked by just getting in them and driving them to the nearest trade town but some of the better ones will unlock as you play through the story like the Tank that you get eventually (worth the wait!) The other way to travel as I have already mention is by air using the Gyrocopter which I personally found fastest and stopped me from getting sidetracked by enemies or bandit camps. Handling on all the vehicles isn’t the best and can feel a little sloppy but it does the job and combat in the vehicles is the same as on foot, when you get the hang of it it’s a blast! The other way to travel which some will agree with and some won’t is the fast travel option, once you visit a settlement it will unlock as a fast travel location, this did speed up the rate I completed the story but all I wanted to do was get all the upgrades and use the guns so being able to quickly move from one place to another was good, the loading times between this were also very fast.

The sound in Rage 2 was very strong, music will will start the minute you are close to enemies and it does an ok job, when it comes to the sound though the music has to be the weakest part, the most impressive part of the sound is the sound effects, they completely blew me away! The gun sounds really are some of the best I have ever heard and the bullets firing from guns and the blood and guts flying around can really be heard and felt! The voice acting is ok but there is plenty of cheesy bits of dialogue to sit through, especially from the AI in the Ranger car which is just annoying and needs to be turned off.

Rage 2 treats us to some of the best gunplay / gameplay we have had in years and the Doom influence can certainly be felt! The sound effects are amazing and some of the best around! The story is a little basic and way to short but there is some end game to Rage 2 if you don’t mind a bit of a grind clearing the huge map and upgrading your character to it’s full potential. Visually the game looks great and performance was stable and smooth on the Xbox One X. Rage 2 is a fantastic shooter and I would have no problem recommending it!