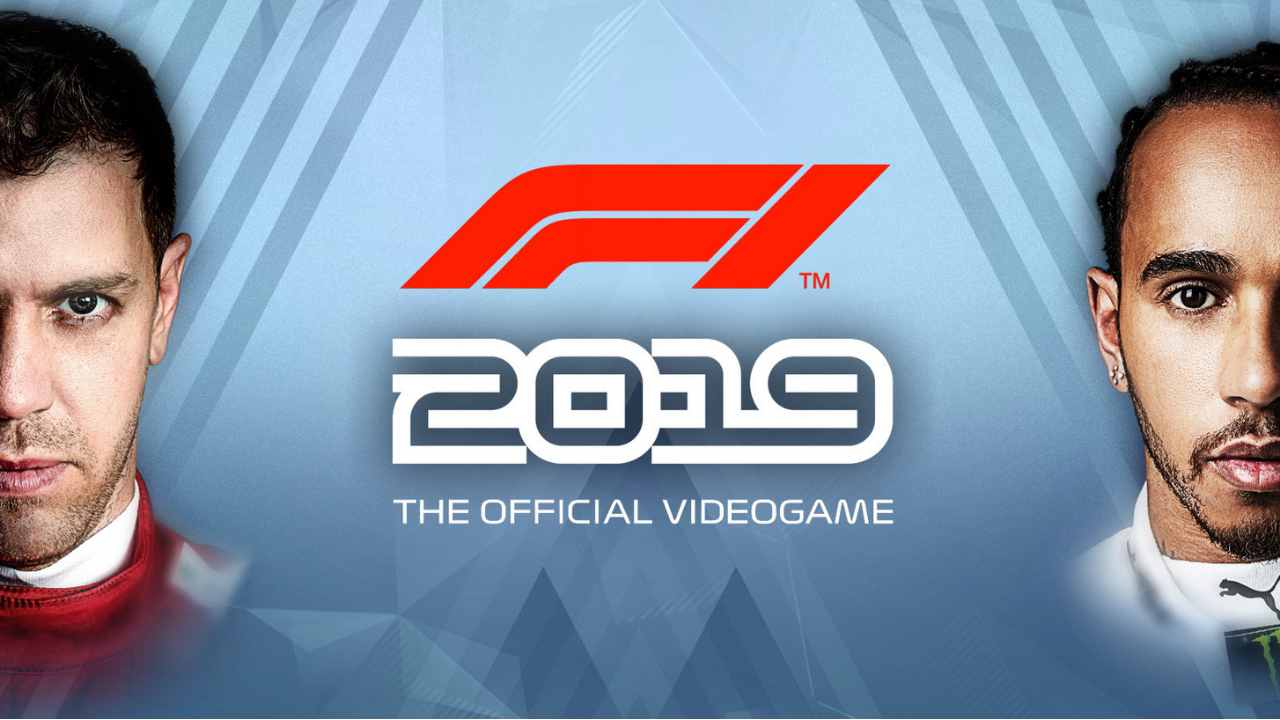 Another year has gone by and Codemasters have once again treated us to another Formula One game! Is this the best one yet, keep reading to see our thoughts on the latest edition.

Being a huge F1 fan every year this is an exciting time for me when Codemasters releases it’s latest version of the game, every year I have to admit it feels that bit better and closer to the real thing and this year is no different. As with last year the game looks fantastic with some really impressive visuals and performance to match! The cars look fantastic and the tracks are pin point accurate to the real life circuits, this all combined with the rules and all officially licensed cars and drivers make the whole experience feel as close to the real thing as most of us will get!

F1 2019 adds an element of story mode to it in the career, to start with you will have a multiple choice of F2 teams and then you will take part in 3 different race scenarios, all against a main rival in Butler. The first two races will include a problematic car and limping to the end of the race, the other involves Butler directly and leaves you fighting to win places back and win valuable points against your championship rival. The last race is a six lap race and winning the F2 championship will only happen if you manage to beat Butler on the track! Sadly after this and a few short cutscenes and interviews the F2 season is over for you and it is a step up to Formula One, you are given a full choice of all the teams and each one will expect different things from you as you would expect, driving for Ferrari or Mercedes-AMG will require nothing less than race wins and battling for the championship whereas taking on the challenge at somewhere like Renault will require you to develop the team and compete with the front runners so the choice is totally yours on how you would like to play the game and the sort of challenge you want from the game.

Instead of jumping into one of the three bigger teams I went with Renault as the challenge to me seemed fun rather than jumping straight into a team and car that can win the championship. The level of simulation is fully adjustable as well leaving the user to decide how realistic they want the whole experience, you can either do a full race weekend including a full race if you want to or you can cut things down and just do a flying lap in qualifying and just racing a quarter of a full race so the choice is yours. Practice sessions are a great way to get yourself accustomed to the track as well as earning valuable R&D points to help improve the car and make you even more competitive. The practice sessions will have you testing things like tyre deg and fuel management which will require you to go round the circuit with minimal tyre wear and using less throttle and coasting through turns to preserve each one.

The full licence the game has makes the whole game feel very close to the real thing, the drivers look fantastic and have lots of detail and the cars also look great with a clear attention to detail! Sound is another strong part in the game and using one of the older cars from years gone ago really makes you see why so many people miss that sound compared to what we have today. The commentators before the race are realistic and there is some points in the game that you could be forgiven for actually thinking it’s not even a game and actually the real thing!

Now onto the handling and with a steering wheel this is the way I think the game should really be played, it’s fantastic! In a cockpit with a full steering setup the whole thing feels great with plenty of feedback and the ability to configure everything to your own liking is there as well, buttons are mappable and even changing the maximum rotation of the wheel to make the driving feel as you would imagine an F1 car would be.

Using a controller isn’t bad either but I just found having the wheel I was much faster and able to just turn the wheel small amounts to take corners much faster where as with the controller it was much harder and more sensitive when flying into the corners. Both ways to play are great though and if you are an F1 fan I think you would be more than happy playing with either.

Lastly onto the content in the game, the career was the go to part of the game for me and I really enjoyed taking part in the full weekend with qualifying and practice sections all making the whole experience feel very real. There is however multiplayer available which is great fun taking on some of the best in the world and probably even real F1 drivers themselves as I would imagine they play and practice as it is pretty realistic and the tracks are perfectly mapped out. I also liked the time trial section which was great fun, ghost cars from other players come up for you to race against and I constantly found myself doing so many laps just trying to best other people.

F1 2019 is a great package and a worthy upgrade on last years version. Visuals are fantastic as is the sound! The handling of the cars will test most drivers but there is also the option to put on plenty of assists which will aid some drivers that find it a little too hard. F1 fans will appreciate all of the licensed items in the game and the whole experience left me pretty impressed especially the career mode with it’s small story taking you from F2 and into the world in F1. F1 2019 is the best in the series so far and each year they just seem to make little improvements to make the game somehow better than the year before.