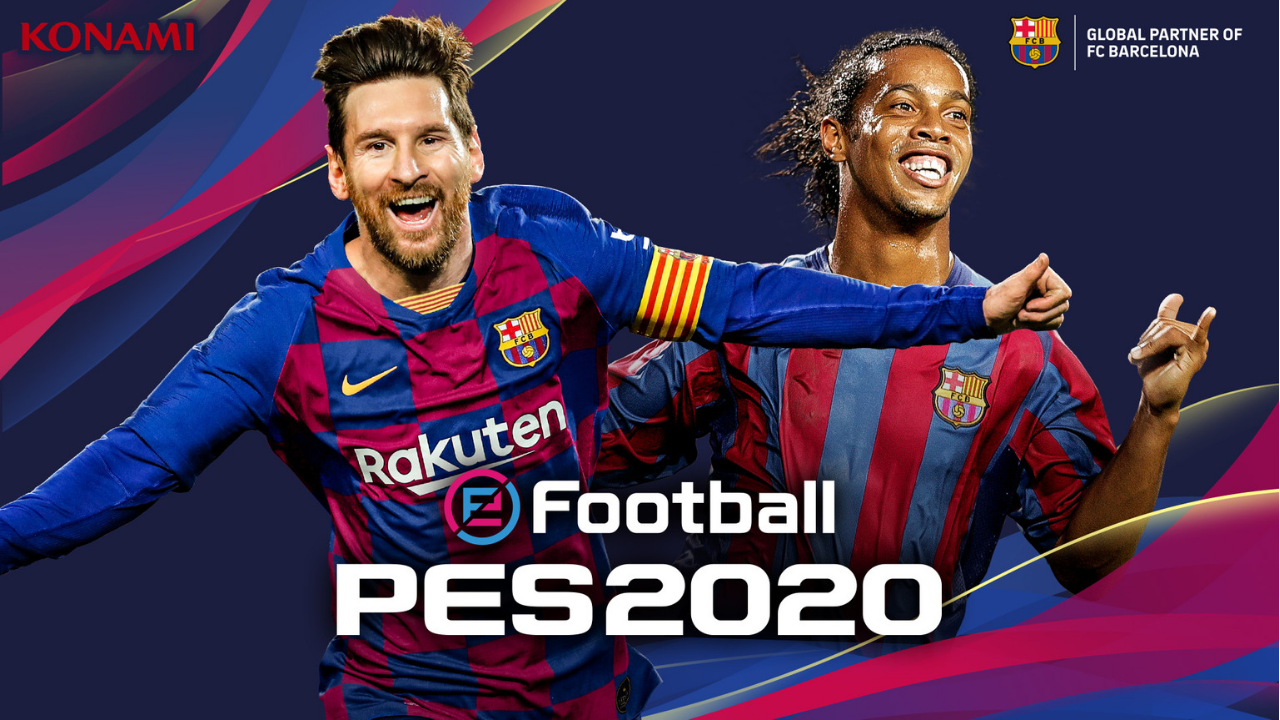 Available now on Xbox One, Playstation 4 and PC.

It’s that time of year again where the main two football game try to take the title for the for the best football experience of the year!

For the last few years Fifa has been the go to game for most players, some will argue that PES plays better and has a more realistic feel to it but most will opt for the better presentation and authenticity that Fifa brings, over the years however Fifa has upped it’s game and the gameplay has been edging closer and closer to PES so is this year going to be the year Fifa takes it all or will PES2020 still come out on top for gameplay?

Straight away you will notice that Konami has done some work on the licensing, that has always for me personally put the game behind Fifa with the lack of licensing the game had, playing in leagues that are made up and teams without real names destroys the experience and it is pretty hard to look past it and ignore it, PS4 and PC owners however can download an option file to put things right but sadly Xbox One players won’t have this option and will need to edit everything which just doesn’t seem worth it as club badges and logo’s will still be wrong and it will take some serious time to change all of the names and leagues. I honestly feel for PES to ever really compete it needs to have these licences because gameplay alone just isn’t enough and reading on you will understand why I am saying this.

The addition of Manchester United is a good one but the game is desperate for more and it is always going to be the main thing that drives me back to Fifa! Single player modes are desperate for real names and clubs, multiplayer can do without due to the main focus on the gameplay but playing in a league with a load of made up team names just doesn’t feel right.

The game isn’t all bad by any means, visually it’s brilliant! Everything is ultra realistic and the licensed teams and stadiums really do showcase this! Players have a serious amount of detail and as of now is the closest thing to the real thing that you will see.

Sound however is something where I do feel PES lacks, the commentary is awful and the game is actually better without it, lines are constantly repeated and it just sounds false and very unrealistic. The stadiums also lack any real atmosphere which is a shame considering how much detail has gone into them stadiums. Even the refs whistle sounds wrong, it sounds more like a a doctors waiting room buzzer than a whistle.

Ok so now onto the important bit that most people will be interested in, the gameplay! I have always loved the gameplay in previous PES games but for some reason this year I can’t make up my mind. I like the passing system that has been added misskicks which stops the easy passing that was easy in previous games, this years game makes you think if the pass will actually make it, facing the wrong way when passing the ball will severely impact the accuracy of the pass so it really makes you thing before trying that pass to a play behind you making a run, this is also the case for shooting, if the player is facing the wrong way when shooting there is a high chance it won’t end up on target. The AI in the game is something that definitely needs some work! While it is challenging at times there is some work that needs to be done. I constantly found myself able to pass the ball basically next to an opposition player, within reach and they would just stand there and let it go straight past, this also happened with crosses into the box in which I would be able to score an easy header that in reality would have been easily cleared by the defender. Advancing towards defenders also goes one of two ways, either they will come at you hard and fast otherwise they just tend to stand off you until your nearly into the box giving you the space to have a free shot at goal. This doesn’t happen all the time but it is frustrating even though it does make things easier when it actually comes to scoring goals.

Fouling in the game needs a little tweaking as well, often players would go absolutely flying when they had hardly been touched. I constantly found my players getting knocked off the ball which was really frustrating and breaks up any momentum you may have had.

The master league this year has had a bit of work, you will be able to choose a manager from a selection of famous managers to use in the master league. There is a few to choose from including Roberto Carlos, Zico and Maradona but it still would have been nice to make the manager from scratch with a character creation tool. The name can be changed if you feel the need too but it does seem a little pointless as most people will know exactly who these managers are. The master league features cutscenes that will require you to choose answers to questions through dialogue. These decisions didn’t seem to effect anything other than a slight dip in form if I chose an answer that wasn’t correct.

The menus are another frustrating part for me, the main menu does feel clean and fresh but when playing in the master league I was left majorly frustrated trying to navigate menus effectively, the transfer system is also very difficult to use and just feels outdated and hard work.

Online in the myClub mode was good fun, because of the miss kick system and Konami slowing everything down there just isn’t so many high scoring games, instead it is a more tactical game and it really takes some special build up to actually score a goal. PES is a difficult game to review because one minute it shines in one respect and then it is let down by something else.

eFootball PES2020 isn’t perfect but is still fun to play and at times really really shines when it comes to the gameplay side of things! The sad thing is that everything with PES is starting to get stale and I feel Fifa has been slowly reeling it in with it’s gameplay. PES menus are clunky and awkward, licences are lacking aside from a few clubs and the AI needs some work! It is a real shame to see but Konami need to overhaul the interface and tweak some of the gameplay mechanics to make this great again. PES fans will be happy with the addition this year and the slowed pace adds a level of skill to make the build up play right. With Fifa not yet out they can’t really be compared yet but it will be interesting to see if Fifa has finally took the crown that PES always held…. Gameplay