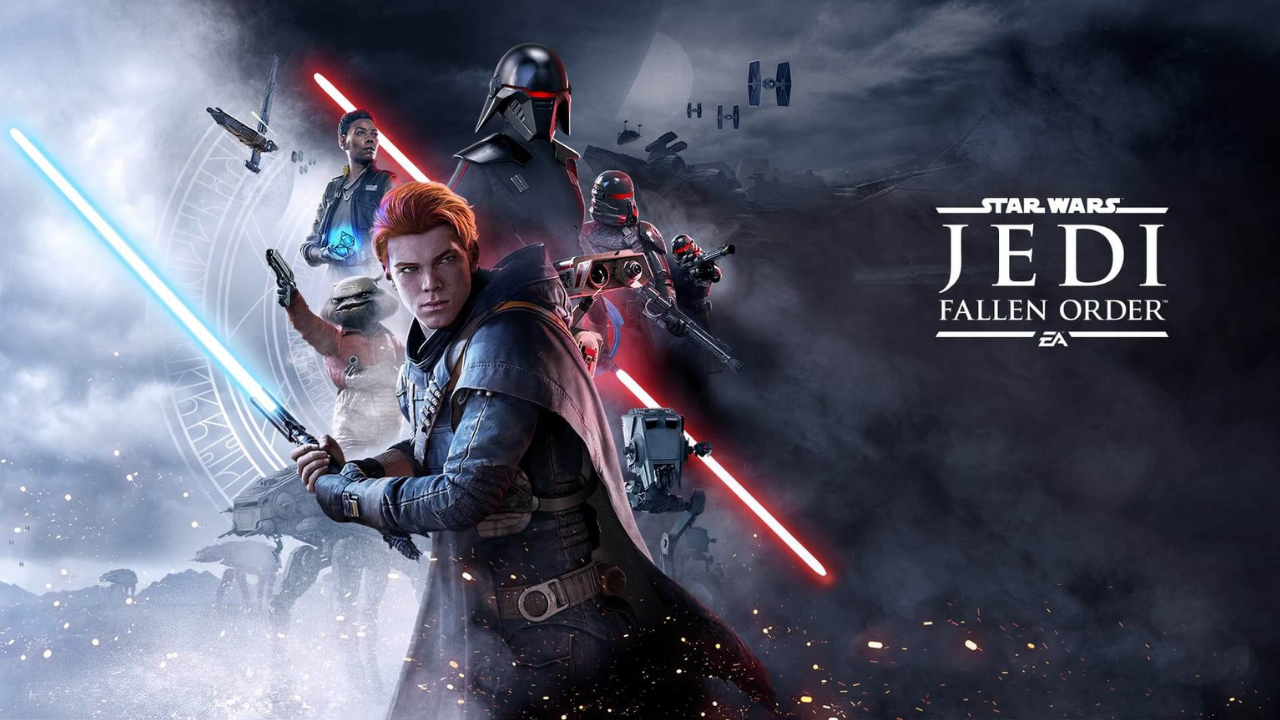 Finally we have a Star Wars game that at least looks the part and might actually live up to the hype! Fingers crossed it is actually any good and all the Star Wars fans out there will have the game that they all crave so much!

I think the best place to start is with the visuals and wow is the only way to describe them! Visually this game is absolutely stunning, lighting effects are superb throughout, even the light generated off Cal’s Lightsaber is really impressive. Reflections in puddles look great and the environment is superb too with plenty of imagination throughout and a nice variety in all the different locations you visit throughout the games pretty impressive story.

You start the game as a young hidden Jedi called Cal, the Jedi order is no more and anyone seen using the force will be dealt with severely by the empire. Without any spoilers it isn’t long until them hidden powers are seen by the Empire leaving Cal fighting for survival

The difficulty in Fallen Order varies by the settings available but even on medium it is still a challenge, the combat has certainly taken a few tips from games like The Surge and Dark Souls, dodging and attacking at the right time is essential to surviving with the only way to regenerate health by meditating at set points across the game.

The meditation points also give Cal the ability to use his hard earned Skill points to unlock new abilities, again without saying to much the abilities that unlock do help and will be needed to access certain parts of game that without wouldn’t be accessible.

Aside from healing and using skill points the meditation point is also like a checkpoint and will save the progress so if you are to die you will respawn from that point so it pays to meditate at every opportunity, healing does come at a price though and much like The Surge it will respawn all of the enemies that you have worked so hard to take down so it leaves you considering if you will be able to make it any further and risk it or heal and respawn all the enemies. If you do die you will loose the skill points you have generated so dying does have consequences, these points however can be earned back by killing the enemy that killed you, this will also regenerate all Cal’s health and his force meter so it’s a nice touch that can help if you are struggling to kill a certain enemy.

The skill points you spend can improve Cal’s abilities by adding next moves or things like more health. The lightsaber however can only be modified in a cosmetic way, different colours and style can be changed on the lightsaber but this doesn’t add anything other than looks. The addition that did add a different style to it however was when Cal changes the lightsaber to a dual one with gives fighting a slightly different style.

Skill points are gained pretty fast at the start and it isn’t long before there isn’t any other options for you to upgrade, this is until you unlock further abilities that also add more to the gameplay and keep things from getting stale! The game has many different puzzles throughout and solving some of them is down to the abilities you gain as you go along, sections you are not ready for are impossible to access until you have the needed ability, this is also shown on the map as a blocked path.

The map is designed well and works really well. BD-1 brings up a hologram map that you can interact with by rotating and zooming it, using the legend next to it you can easily see where you have and haven’t been as well as where you need to go, this stops any confusion as well as missing anything as you go through the games story.

The story was something was actually really good and well told but I won’t go into any detail with it as I don’t want to spoil the experience for any of you star wars fans out there but at times it does really feel like you are playing a movie with some really strong cutscenes and this brings me to the sound. Another big wow here! Music is authentic and does a great job but so are the sound effects and voice acting! Lightsabers sound fantastic and just like the film! The voice acting throughout was very believable and characters come across well with Cal especially filling his role perfectly. The facial animations are also worth a quick mention as the developers have done a great job here in getting this all right on the sound and visual front.

Jedi Fallen Order would be nothing if the combat wasn’t up to scratch though and I am happy to say again they have done a pretty great job, the camera angles can be a little frustrating at times but once you get the hang of things there isn’t much that comes close, I can’t think of anything better than slashing stuff up with a lightsaber. As I mentioned earlier though this isn’t a game you can just jump in and chop everything to bits, if you time it wrong you will mot likely be punished and it doesn’t take long to bring your health bar down to a point where you will need to get to a mediation point to recover but in doing this respawning all the enemies you have taken down so taking as little damage as possible is essential to progression! Shortcuts are found throughout and aid Cal in progressing through the level but you will still need to fight cautiously to reach them.

Star wars: Jedi Fallen Order is exactly what I personally wanted it to be, the Dark Souls precision combat combined with a strong story and some great sound and voice effects make the whole experience feel very authentic. The visual in game are absolutely stunning and some of the best I think I have ever seen. Cutscenes are well acted and facial animations are also very strong with decent lip syncing. Shame there isn’t any upgrades aside from cosmetics for the Lightsaber but the progression system for Cal himself keeps things from getting stale with new abilities earned along the way. Jedi Fallen Order is definitely a game any Star Wars fan should try as I can confidently say they will enjoy it just for the Lightsaber combat alone!