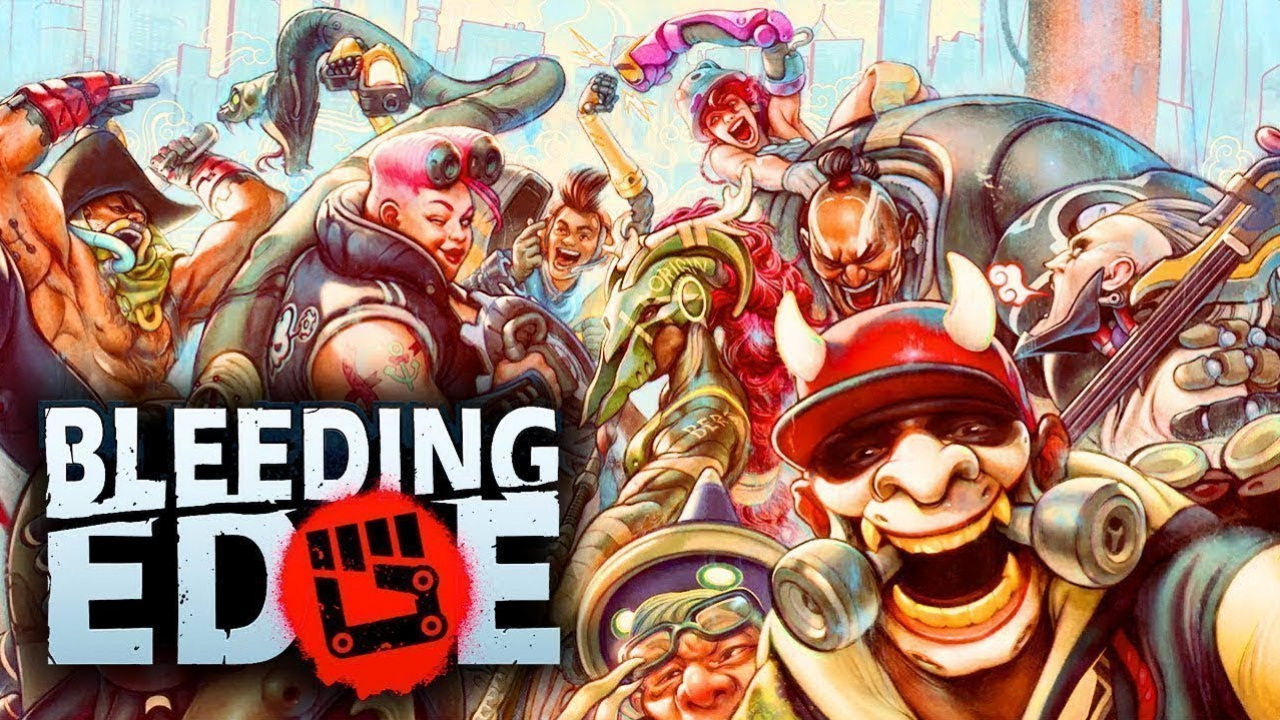 Available now on Xbox One and PC. Also included with Gamepass.

I have to admit here I really didn’t know what to expect with Bleeding Edge as I hadn’t heard much about it but being a game from Microsoft I was hoping for a pleasant surprise….

Looking at the cover and some screenshots of the game before release I did think that it might be a little violent but after playing my fears for this are gone, the game has a playful style to it and characters while looking a bit weird and scary in places will be ok for most ages to see.

Tutorial mode is short and sweet and worth going through to get the basics.

The training mode is worth a bit of time to just get the basics of the game and with the limited modes it doesn’t take long to get through it.

The tutorials mode will teach you everything you need to know and then you can access DOJO mode to practice different moves with each characters to find the character that suits your play style best.

The glossary tab will show all the different effects in the game that your character can have.

Bleeding Edge is very much a multiplayer game

Bleeding Edge is pretty much a multiplayer game and you will need to hope that you can get a few mates to team up for you to have any chance of winning matches. This isn’t to say you will lose with strangers on your team of four but with your own team and some tactics between you the game is much easier. Either way though a microphone is pretty essential as communication is key!

The great thing about Bleeding Edge though is the fact it’s included on Game-pass from release so some friends may just download it to try it and getting a team together may not be as hard as you think.

Limited modes at the moment hold the game back but hopefully more to come.

Bleeding edge sadly at this current time only has two game modes to play, one is a capture the zone mode and the other called power collection.

The capture the zone mode requires you and your team to take and hold different zones around the map. Captured zones will continuously give your team points towards the win but as with most capture game modes the other team is able to take the zone and start earning points for their team.

In this mode capturing zones isn’t the only way to earn points though and killing enemy players will also earn points towards winning with each kill earning ten points for your team so getting a strategy together to take zones as well as killing other players will be needed to win.

Getting a team selection with the right amount of each class is a good way to win as having a team with noone out there to heal will leave you at a disadvantage.

Both modes award teams for kills so you don’t end up just doing the main thing to win it will award aggressive players as well!

Power collection has players looking for power cells spread around the map, each cell will be in a protective box that will need to be destroyed to acquire the cell.

Players will collect cells till the delivery phase and then will need to deposit the cells into a delivery bank.

These banks will have you staying still and make you very vulnerable while on them, teamwork is essential to provide protection until the cells are delivered.

Players can hold multiple cells but bear in mind if you are killed you will drop them all and enemy players can pick them up and also gain a point for their team in the process!

Keep an eye out on the maps for power-ups as well, some of these crates once destroyer contain things like 25% more damage for a period of time.

The characters are all a bit weird and wonderful in their own right with plenty of moves and specials to master.

At launch Bleeding Edge has 11 characters to choose from and are sorted into three different classes, damage, support and tank.

Each class has a considerable amount of variation as the characters themselves do even in the same classes. The different styles between the ninja like Daemon and the slower heavy hitting Nidhoggr are clear even with them being in the same class. Daemon is quick and nimble whereas Nidhoggr is slower but attacks do more damage.

The combat is pretty simple and can feel it after a while, X will perform basic attacks and then you have three other special attacks that have a cool down period before they can be used again. The defensive side of things allow player to evade but this can only be used a few times as they cost stamina and will need to recharge before you can evade again.

There is also a parry move that allows you to block attacks from an enemy with a well timed parry, the issue is if you are in a huge brawl it’s hard to block anything and the only real way to survive will be to evade out as parrying one attack will probably mean someone else will hit you just after.

Movement around the map can be sped up by using your characters board, this is also something that can be upgraded through the workshop with the points you earn in matches. Each board has some customisation to it with different paint, stickers and trails.

Going into the games workshop mode will allow players to read bio’s for all the characters as well as changing mods, boards, emotes and skins.

Characters all have mods that can be changed and unlocked through playing the game, mods are relevant to the character themselves and the styles they have.

Each character can have three different mods equipped at a time and once you have been able to unlock them the choice is your on what extra’s your character will have.

There are the usual emotes to unlock and change as well as some skins for the characters and these can all be brought through the games in-game currency.

The game is lacking a little in this area with very few options to choose from especially when it comes to skins with the characters just seeming to change a colour on the skin they originally have equipped.

The art style in Bleeding Edge is colourful and vibrant with plenty of variation to it’s characters and environment. Performance was solid throughout with no slowdown on the Xbox One X even when there was all eight players on screen battling it out.

The voice acting in places was a little cheesy but the background music was decent and matched up well to the games on screen mayhem.

Bleeding Edge is a little different to anything I have played before, it does feel a little unfinished with a lack of content on offer mainly when it comes to the different modes that you can play. Characters are different and unusual and the game is pretty fun if you have a decent team together to play with.

I think some people won’t like the way you are forced into the multiplayer aspect of the game as if you go it solo or not working with your team you are likely to die pretty quickly but this isn’t the games fault, the push on teamwork will pay off for team players!

Visually the game looks nice with it’s own art style and the sound throughout was strong. It’s hard to recommend buying it right now with the lack of content but installing with Game-pass is well worth it and if more content is added there is a solid multiplayer experience here.

One thought on “Bleeding Edge Review Xbox One X”