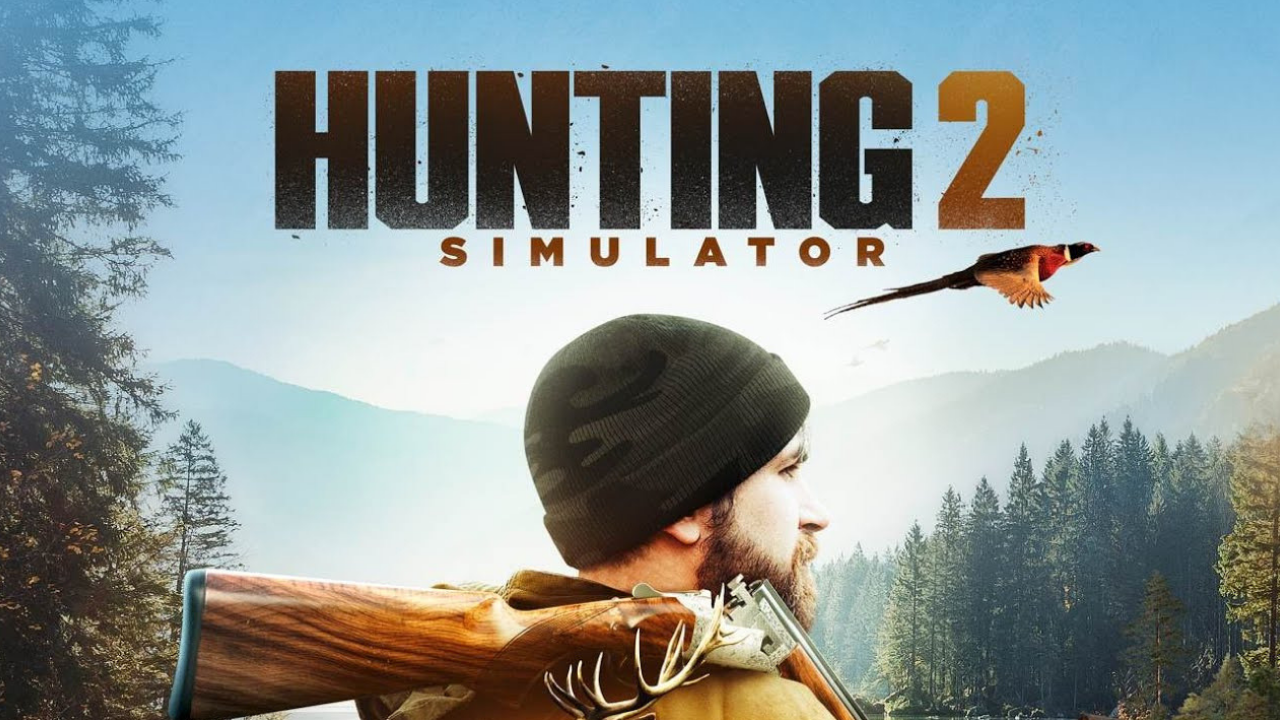 Hunting games are a very Marmite genre, some players will enjoy the slow pace of the hunt, moving slowly and as quiet as possible but others will just not get the appeal and be left frustrated as they charge in COD style only to find their prey fled the minute they heard footsteps!

Hunting Simulator 2 has six open-world areas based in Colorado, Texas, and Europe as well as 33 animal species each one featuring male, female, juvenile, and old animals for players to hunt so when it comes to variety there is plenty to do!

Each open-world is pretty large to explore and along with finding prey to take down, there are other hidden places such as watchtowers which allow you to hunt from higher ground as well as campsites which allow fast travel once they have been found and unlocked.

One of the headline features for Hunting Simulator 2 is the companion in the form of a dog, there are five different ones to choose from including Beagle, Yellow Labrador, Brown Labrador, Black Labrador and a German Shorthaired Pointer. Each dog has it’s own strengths and as you use them they improve with higher stats such as stamina and drive. Improving the dogs drive meter will help when hunting out animals as they, in theory, shouldn’t lose track as much.

The dogs are a nice addition but if I’m honest a lot of the time I was faster without the dog doing the tracking, on a fair few occasions the dog would just totally lose the prey and you left back where you started.

Each companion will need to be unlocked and this is where the games currency comes into play, called credits you will need to save and spend wisely to progress in Hunting Simulator 2. Spending these credits wisely is more important than you would think.

When you first start you pretty much have nothing so accessing the laptop in the cabin will allow you to buy items. There is a pretty extensive collection of things to buy with guns and licences being really important. Each region will require a certain licence for that area and the animal you are wishing to hunt and even then you can only kill a set amount of that animal. The rules don’t stop there though as each animal will also require you to use a certain weapon to kill it, then there is also the need to have a certain ammo type to kill it, as you can imagine this all can be pretty frustrating especially when out hunting and you come across a decent animal that you can’t take down because you have the wrong ammo type! It turns into a fining simulator by the end, I shot an animal twice and then saw it limping so thought I would do the right thing and put it down only to get fined again for shooting it to many times!! Some species of animals also don’t allow you to kill females, there is a lot to take in but thankfully when you zoom in on your target if there is any reason you shouldn’t be shooting that said animal a warning will come up and tell you why you shouldn’t be shooting it.

Going back to the cabin to change ammo then returning to when the animal last was is a bit of a waste of time as they most likely would have left the area by the time you come back. Shooting the animal without a licence, wrong ammo or gun will result in a fine and also leaves you unable to bag the animal after a successful kill so making sure everything is set right before you go out hunting is a must if you want to actually make any money in the game at all!

After killing an animal lawfully don’t forget to claim the animal at the small lodge before returning home as if you don’t you will lose it! Claiming animals gives you the option to either sell it for credits or make it into a trophy to hang up at your home.

Visually the game looks really nice with plenty of detail but on the performance side of things, a big of lag can be felt especially when zooming with the scope which is really annoying when trying to take a very accurate shot from distance! There is also a fair amount of texture pop-in which is very noticeable. This was all played on an Xbox One X so I would imagine it’s an optimisation issue so hopefully, something that can be patched out in the future.

I found the sound effects pretty realistic and when an animal is close you will be alerted by the sound and a little prompt onscreen showing the direction the sound came from and what type of animal it is. This was how I found most of my prey, tracking also works by following footprints, eaten food etc but sound worked best for me as once you start getting close the animal tends to reveal itself.

The main cabin in the game is like a central hub to access everything such as clothing and the shooting range. There is also an option to select the time of day in the game so if you pretty hunting in darkness this option will be useful.

If you want a chilled relaxing game then Hunting Simulator 2 may be for you, patience is certainly key when it comes to enjoying a game like this and if that isn’t something you have got steer well clear! There is plenty to do and unlock so if you are into hunting it would be worth giving this a try but me personally I think I still prefer theHunter: Call of the wild, mainly for the tracking but with a few little tweaks and improvements Hunting Simulator 2 would be one of the best hunting sims to date.

Hunting Simulator 2 certainly won’t be for everyone but if you like hunting and have a great deal of patience then the game may just be for you! The licence, ammo and gun restrictions can be a little frustrating especially if you go out and find a decent animal only to discover you have the wrong type of bullet equipped. The companions are a nice addition but in all honestly it’s sometimes just easier to track animals yourself as the dogs tend to lose tracks pretty fast. Visually the game looks really nice and all the worlds are great to explore, there is some slowdown and pop-in but hopefully a patch in the future may iron this out. If you are after a hunting sim then this maybe for you, for me personally I’d give theHunter: Call of the wild a try, i prefer the hunting system and less restrictions but if you are ok with it being a real simulator and being punished if you get things wrong Hunting Simulator 2 is more than up to the job and probably what you are hunting for!