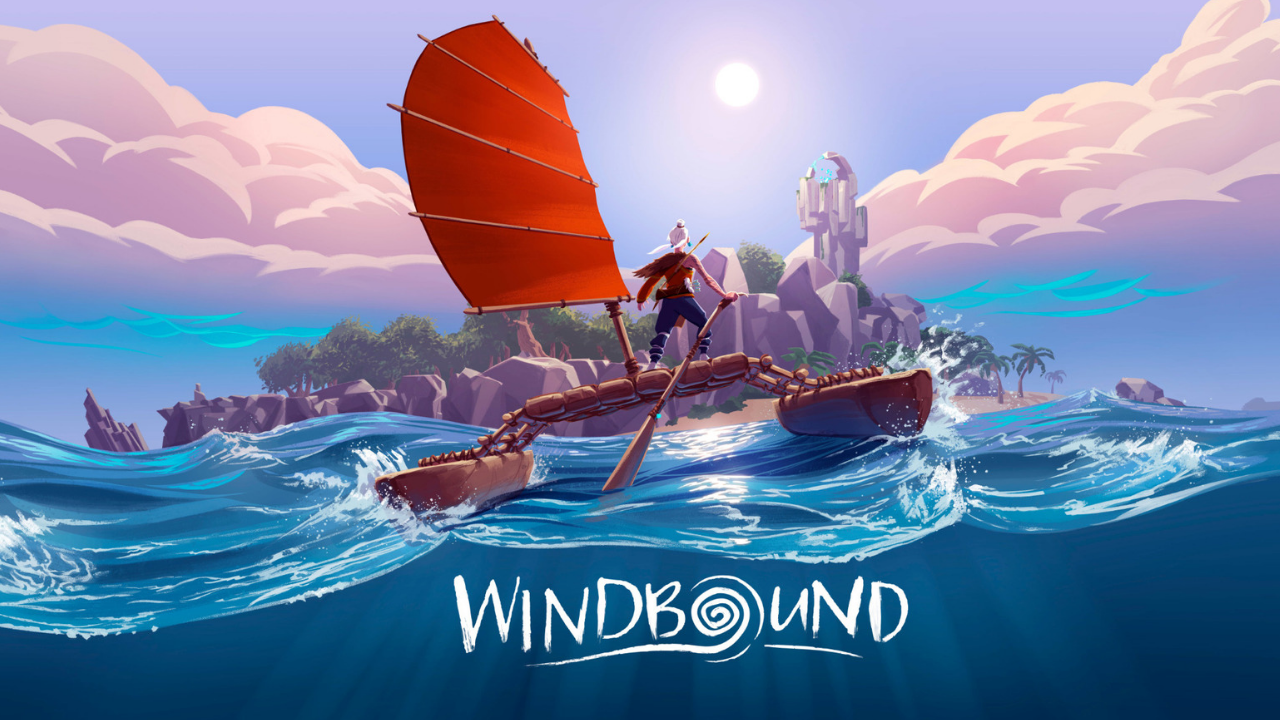 Available On Xbox One, PS4, Nintendo Switch and PC.

Windbound looks to have adopted the Zelda: Breath Of The Wild’s style but how does the gameplay actually hold up and is the game well suited to the survival genre?

Straight away when the Windbound starts you have to appreciate its wonderful art style, very similar to hugely popular Zelda we have all been treated to on the Nintendo Switch, other platform owners can now experience this on their consoles but sadly the similarities between the two games really end there.

Windbound isn’t trying to be a Zelda game though and there is still a very solid game underneath the cartoony art style. Starting the game as Kara who was a warrior eventually shipwrecked on an island you will most likely find yourself a little lost and picking up anything insight as you normally do in most survival games. Picking up stones and grass is pretty easy but its what to actually do with it next? Crafting new items will be the route to survival and travelling off the island you start on to explore the seas and look for more places to explore!

First thing you need to do is craft a boat to actually get off the island so collecting plenty of grass is essential before eventually getting the recipe and crafting a grass boat. The oar needed to actually paddle to another island will be found at a shrine in which you can’t miss as trying to swim off the island will just result in the stamina of your character running out before waking up again on the island.

There is a story here and it will involve a lot of sailing around to certain places to progress in the story. If like me however you will constantly find yourself completely sidetracked sailing to other islands in search of new materials to craft new items.

Being a survival game there are some survival elements you will need to keep an eye on and one major one is hunger, leaving Kara hungry will impact the stamina bar and once the stamina bar runs out you will be left gasping after every action performed. The stamina bar can regenerate over time but be careful to not let it permanently drop as getting enough food and health is always a bit of a challenge at the start of Windbound.

As you progress and unlock new recipes the game does start to appeal more, crafting bows and weapons aid taking down some of the game’s monsters and animals in which makes it a little easier to acquire food. Combat is ok and a fair bit of evading will be needed to take down some of the larger foes on the islands, taking down these do have their rewards so once you have the gear it’s always a good next step.

The main thing I got from Windbound was building the boat and improving it bits at a time as I found new and improved materials and recipes, eventually having sails good enough to deal with the ever-changing winds and rough seas.

Windbound isn’t trying to be a Zelda game but instead a very loveable survival game that survival genre fans will most likely enjoy, some, however, will find the way the game plays out pretty repetitive sadly and that’s where my main issue is with Windbound. I found at the start the charming character of the game and the islands to explore were great but it isn’t that long until you start feeling like you are doing the same thing over and over and for many, it might just kill the whole experience.

The sound was pretty solid throughout with music in that background that was very calming but also having a touch of Zelda to it, the sound effects were also pretty good with the seas sounding harsh when things start to get rough.

The last thing I want to mention is the controls and while very basic they suit the game completely, steering boats felt accurate and combat while very much same old thing over and over did feel ok and worked fine with the style of the game.

Windbound has a really nice art style with plenty of colour and detail as well as a good selection of enemies which are also nicely designed. The games storyline can wear a little thin and the game as a whole can end up feeling very repetetive which is a shame as after seeing endless trailers for the game and seeing how impressive it looked I had very high hopes for it. This isn’t to say the game isn’t worth a try especially for survival fans as there is enough here to keep you busy, crafting and acquiring new recipes will keep some entertained but others may just feel the game needs a little more to not feel such repetition. Visuals and performance were solid on the Xbox One X as was the sound and backing music which was very chilled and calming. Windbound won’t be for everyone but may be worth a try if you are into survival games.