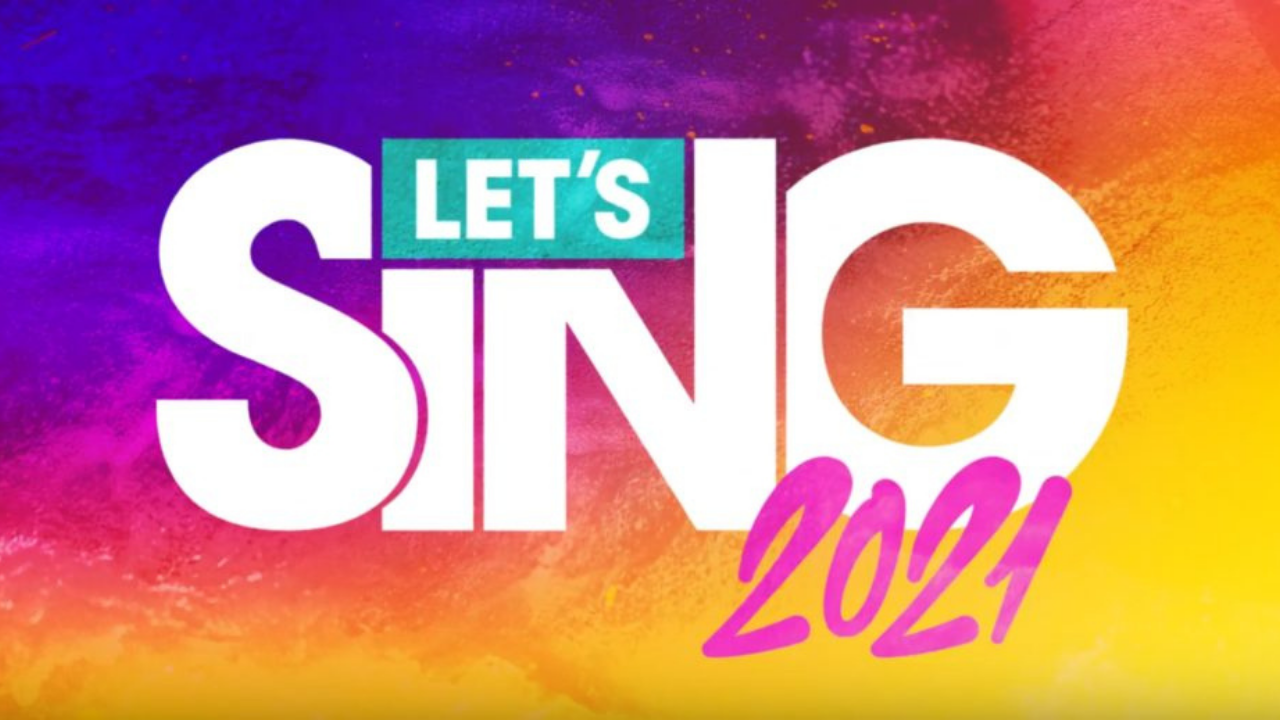 After reviewing Let’s Sing Queen the kids got wind of Let’s Sing 2021 and I was pestered to get it so they could sing some songs that were more familiar to them, this was the main issue with the Queen Edition when it comes to younger kids as they probably won’t know the songs but this isn’t an issue with the 2021 Let’s Sing.

As I mentioned above the songs in Let’s Sing 2021 are a little more friendly to a younger audience now compared to the Queen edition. All the up-to-date songs are here and you are more than guaranteed to know a few of them at least but with the words coming across the screen it isn’t long before you are able to sing your head off to anything even songs you don’t know.

Let’s Sing for those who don’t really know is like a karaoke game where you can battle it out with others to get the highest score at the end like Just Dance was with dancing Let’s Sing is obviously just singing. Getting well-timed vocals in time with the song will result in more points but it isn’t just timing as the game also takes into consideration the pitch of your voice so you can’t just scream your way through the song and beat your opponent.

Let’s Sing allows players to either buy a microphone to use with the game or just use your smartphone after downloading the app. The app worked well while using it and seemed very responsive to what was being shown on-screen, the on-screen lyrics will be in little bar sections and each bit will sense how in time the user is with the song. I did have a few little issues connecting the microphone the first time but once it was connected through the phone it worked fine.

Players can play alone, together in a duet, or separate from each other. going against each other will see up to eight players create two different teams and battle it out in different challenges. The classic mode will have up to four players singing it out to be the winner.

Much like the Queen version, there is a good selection of songs on offer and there is always the option to buy more in the future with extra content drops.

There are a few different modes worth a mention including Mixtape which allows players to sing along to extracts of music and make their own mixtape. Jukebox allows players to just listen to songs and then there is the World Contest allowing players to pit themselves against some of the best Let’s Singers around the world

Graphically the game looks clean and the UI while basic works with the game fine. While singing away in a song it’s great to see the words clearly in time for you to be belting out the song.

Lastly sound and it’s pretty much bang on what you would expect from a game that needs the sound to be on point, tracks sound original, and as they should. Background videos are a great feature and add to the experience, visually the game looks clean and performance is smooth which is to be expected with no real graphical pushes needed.

Let’s Sing 2021 is a great party game and perfect after a few drinks to liven a night up, the kids will love all the tracks and up to date music that they are sure to be familiar with. The songs are accurately represented and the background videos really add to the singing experience! I had a couple of connectivity issues when using a phone as a mic but once it was connected both mics worked fine. Using phones is a great alternative to paying out for microphones. Let’s Sing Queen was great for Queen fans but Let’s Sing 2021 is the one to go for if you want more up-to-date tracks that even the kids will know including a track from the Lion King!